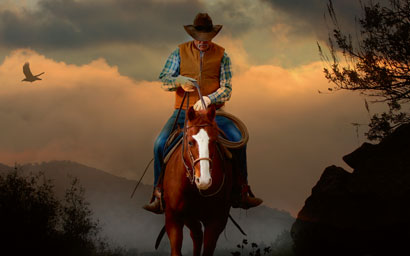 There is still fundamental support for equities and good reasons why central bank rate rises will be slow, finds Nick Fitzpatrick.

The most common question David Lafferty and his colleagues are asked is this: ‘How much longer can the equity rally last?’ Investors and advisers who aren’t in the stock market feel they are missing out, says Lafferty – the chief market strategist at Natixis AM, part of Natixis Global Asset Management – while those who are in the market are worried that major indices are over-extended.

It isn’t easy to switch off and relax this summer. Market statistical data is pulsating and the numbers are big, with records being set or periodic highs being reached. Most obviously, there were the record highs recorded in the US and some other stock markets recently.

“The US is starting to look like a bubble story for us,” says Romain Boscher, global head of equities at Amundi.

Then there are certain currencies that have seen forceful moves. But the big numbers also get increasingly more granular than macro figures like stock indices and exchange rates. For example, in what Bank of America Merrill Lynch (BoAML) described as signs of “Wall Street excess” this year:

And carrying echoes of an earlier market crash, inflows to technology funds were rising at their fastest annualised rate for 15 years, BoAML said in its June ‘Flow Show’ report.

Yet one number that was not big was the level of market volatility as measured by the Vix ‘fear’ index in late May. It was at a near quarter-century record low.

Dizzying numbers like these, coupled with a low fear reading, mean investors are hearing suggestions of complacency.

Tim Edwards, a senior director at S&P Dow Jones Indices,, said the market was “intensely relaxed” whether through “complacency or prescience”.

Dieter Wermuth, macroeconomics head at German family office investor Wermuth Asset Management, recently wrote that markets were characterised by an “unusual degree of complacency and optimism” and conditions were in place for “major corrections”.

Reinforcing this bullish atmosphere BoAML noted that global investors were long the Eurozone in a “classic late-cycle signal”, with fund managers in June having their third-largest Eurozone equity overweight ever.

It’s not too late
So what does Lafferty tell clients about joining the equity rally? In a nutshell, that it’s not too late, but to expect only modest gains. “We are positive but not too optimistic on equities. We like the fundamentals but we don’t love the valuations,” he says, adding there has been growing investment in Europe and emerging markets by US investors.

“US stocks at 22 times trailing earnings and 20 times forward earnings illustrates there is a lot of optimism, though this is not necessarily irrational because the fundamentals appear to be gradually improving in the global economy.”

US GDP looks set to “tick up a little” in the second quarter, European GDP is “doing better” and purchasing manager indices for the US, Europe and emerging markets are all showing synchronised growth, which hasn’t happened for six or seven years, Lafferty says.

He dismisses the suggestion that low volatility feels like an eerie calm before a storm. “There is not just one direct narrative for why volatility is low, but four or five factors and they are all good reasons,” he says.

“The macro environment has calmed down and there’s an argument that forward guidance and transparency from central banks have also made monetary policy less of a shock to the market, which also suppresses volatility. Also, when the market is moving upwards overall, it tends to have lower volatility than when it’s moving downwards.”

The optimism for equities in general was also reflected in stronger retail demand for equity funds in Germany.

But the surge takes place against warnings of a change in interest rate policy by countries that have employed quantitative easing (QE). The notion is central bank rates will go up as rates normalise. This would generally be bad for equities – and for bonds. Just as QE has pushed up equity and bond prices, withdrawing the stimulus may sink both.

Mark Nash, head of global bonds at Old Mutual Global Investors, recently said: “Investors have chased financial asset prices higher on the back of falling global inflation in recent months, expecting monetary policy to remain loose for even longer. We believe this behaviour is misguided – investors should be wary of buying in now, as change is on the way.”

Expectations for change increased in the last week of June when stocks and bonds sold off. This followed a speech by European Central Bank president Mario Draghi, widely interpreted as meaning rates would rise quicker than expected. Draghi said markets had overreacted in the sell-off. Fund manager Pimco essentially agreed by not interpreting his speech as a hawkish change in policy.

The week offered a taste of what might be in store when policy normalisation begins, according to Chris Iggo, CEO of fixed income at Axa Investment Managers, who described the move in bond yields as “quite remarkable”. The benchmark ten-year yields were up over 30bps in the UK, 25bps in Germany, 20bps in the US, and 4bps in Japan.

Bond prices fall as yields rise, so a good bond trade would be to have sufficient income from the coupon payment – the ‘carry’ – to compensate for any fall in prices. But Iggo analysed the bond market in the advent of higher yields (and lower prices). In a blog, he described the results as sobering. “Yields would not have to rise by much to wipe out the return from the carry and the amount that yields would need to rise was well within the range suggested by the scale of yield changes over the last year.”

Iggo does not expect a “massive move anytime soon” in rates. Many bond investors will hope he’s right and there are good reasons why he may be.

It’s in everyone’s interests
Robin Creswell (pictured), managing principal at Payden & Rygel in London, says it is in the interests of the major QE debt issuers to either keep rates where they are or raise them in a way that “ensures the concomitant reduction in capital value is less than the carrying cost of the bond”.

For example, if a ten-year UK bond yields 1.32% for the next ten years, then as long as the capital value doesn’t go down by more than 1% per annum, the bondholder is still “money good”.

Although inflation-adjusted real returns on ten-year bonds are negative, given the importance of bonds held for regulatory capital and balance sheet purposes by banks, insurers and pension funds, the central case is that total returns in nominal terms remain positive, Creswell adds. “Given the real return is negative on the ten-year bond, the market says we can afford to get slightly less back than the full value.”

A slow increase in rates is in everyone’s interests, he says. “Government debt is very affordable now, but 2%-3% becomes very expensive to them, so the issuers’ interests are very aligned with the holders. Everyone wants to see stable prices, yields only gently rising and no material losses on bonds. We see no signs of that changing.”

These factors may support rates (and bonds and equities) for some time, though equity returns may be modest.

As for calling the top of the market, its back to BoAML, which says: “You’ll know it’s the ‘big top’ when millennials start buying…” New investors, it says, are a classic late-cycle signal.