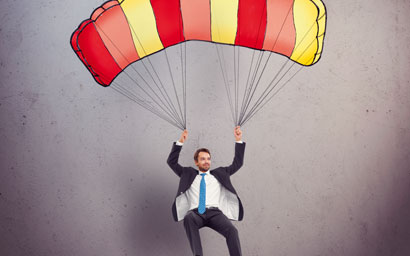 The outsourced ‘ManCo’ market is getting more competitive to meet a growing demand for third-party services, reports Nicholas Pratt.

Providers of third-party management companies, or ‘ManCos’, have been busy bolstering their businesses in recent months in anticipation of greater take-up from fund managers.

Managers might use this model – in other words, outsource many day-to-day management functions of their funds – if they feel overburdened by regulatory requirements but nevertheless need a ManCo to access the European market.

But other reasons exist, such as for UK-based managers to protect themselves from the jurisdictional and political uncertainty caused by Brexit.

In Ireland, Ucits funds have mainly been ‘self-managed’, meaning they do not require a ManCo. But with increased regulatory requirements, particularly a requirement known as CP86 which calls for more oversight on funds by directors and designated individuals, there has been a greater take-up of ManCo services, providers say.

Rented ManCos have also proved popular for managers outside the EU that do not see a benefit in setting up a European office.

“The key benefit of a ManCo is that it provides expertise in the local market and enables managers to meet jurisdictional regulations at this time of increasing compliance and uncertainty, without the need for a fully staffed office,” says Elliot Refson, director of fund and ManCo services at Crestbridge. “That creates operational efficiency, speed to market and allows for expertise in the local market.”

Avoiding a costly exercise
A big driver for ManCo services in recent years has been the Alternative Investment Fund Managers Directive (AIFMD). As part of its aim to bring more governance to the alternatives market, AIFMD stipulates that any manager wanting to sell an alternatives fund into Europe sets up a regulated manager in each jurisdiction.

“That is a costly exercise, so many providers see it as an opportunity to offer an AIFM [alternative investment fund manager] ManCo to managers that don’t have the resources to set up multiple AIFMs,” says Fèmy Mouftaou, director and head of business development, Luxembourg, at JTC.

Of course, outsourcing is nothing new for fund managers, but whereas a large handful of players dominate the asset servicing outsourcing market, the ManCo market is populated much more by specialists, says Mouftaou.

“In Luxembourg, Ireland and Malta [there are] new players coming into the market to propose new services. There are large custody banks doing this, but we are seeing new players rather than administrators. The skills needed for ManCos are quite different to asset servicing.”

This has led to a change in the make-up of ManCo providers, says Mouftaou.

“When the AIFMD was put in place, the Ucits ManCos were the first to apply. It was simply a licence extension and they became ‘Super ManCos’. Now we see different providers and they are not coming from the Ucits world. They are more specialised. The expertise needed for an AIFM ManCo is quite different to a Ucits ManCo and specialists can provide a better service.”

Not everyone agrees, though, and many emphasise the benefit offered by the so-called Super ManCos.

“The complexities of maintaining two ManCo relationships are significant, so managers prefer a single ManCo which can support their Ucits and AIFs, as well as the different domiciles they wish to offer,” says Connor MacGuinness, head of relationship management in Europe for DMS Governance.

A common misconception is that the Super Mancos have a general knowledge of everything but no in-depth knowledge, says Revel Wood, chief executive of FundRock. “This was maybe the case in the past, but most Super Mancos have invested in tech processes and people to ensure that all asset classes offered have a [subject matter expert] that is experienced in the specific strategy.

Up the value chain
A less contentious point is the ever-expanding scope of the ManCo model. As Wood says: “The industry has definitely moved beyond the days of a ManCo looking like a director role. In order to get ahead of the market, the services offered by management companies are increasing to those that would be traditionally seen as above and beyond what is required by law by the management company.”

This has led to ManCos moving up the value chain, says Wood, offering what could be described as ‘one-stop shop’ solutions.

For example, Marc-Oliver Scharwath, managing member of the board of directors at Universal – which claims to be the largest AIFM and second-largest third-party ManCo in Luxembourg (and has seen its assets under administration quadruple in recent years) – credits a lot of its success to the range of services it provides.

Scharwath says these include registration processes required for international distribution, risk management and reporting services as well as fund pricing and, in certain circumstances, transfer agency services. “In other words, we are there during the whole life-cycle of a structure and provide for everything required from the cradle to the grave.”

Other ManCo providers, such as DMS Governance, have sought different states of authorisation for their ManCos in order to provide a wider range of services – for example, registering as a firm compliant with the capital market rules known as MiFID, or attaining registration with the US Securities and Exchange Commission.

JTC’s Mouftaou says that the ManCo will become the most important service provider for investment managers in the future. “In the past, the entry point to the market for a hedge fund or an alternative fund was the custody bank or the administrator. But now, when a manager sets up a fund, it will be the ManCo that will be the central point of contact and a safeguard for the future.”

As the ManCo scope expands to seemingly account for everything other than portfolio management, there is some concern from regulators, such as in France, about ensuring limits to what a fund management firm can entrust to a rented ManCo.

The majority of recent regulation, though, is likely to lead only to the further use of third-party ManCos, says FundRock’s Wood, citing a raft of recent regulations ranging from Switzerland, where self-managed funds cannot distribute, to the UK Financial Conduct Authority’s recent Asset Management Market Study, which emphasised the need for good governance and effective control to ensure investor protection – a measure that will likely lead a number of managers to trust a third-party with those particular tasks.

The right substance
Above all, though, says Michael Clifford, general manager in Dublin for Societe Generale Securities Services (SGSS), regulatory focus is likely to centre on whether ManCos have true ‘substance’ and are not just a letterbox entity.

“They will want to see evidence of employees, IT systems and capital adequacy,” he says.

The evidence of substance is likely to be a critical factor in ManCo providers’ ability to remain afloat in what is likely to be an increasingly competitive market, says Clifford. So will the adoption of best practices, including the expectation that ManCos will challenge their investment managers more in the future over asset valuations and risk management. In the latter case, ManCos might employ their own risk management analysis rather than taking the investment managers’ own reports at face value.

The final factor in the continued growth of the ManCo market is the current geopolitical uncertainty, exemplified by Brexit, and the likely number of UK fund managers that will seek some way into Europe and consider a third-party ManCo as the most likely route.

Consequently a number of ManCo providers are ensuring they have a foot in more than one camp. For example, Luxembourg-based FundRock opened a Dublin office in April and announced plans to hire up to 20 people by 2019.

Meanwhile the likes of Jersey-based JTC and Crestbridge, which also has an onshore ManCo in Luxembourg, believe that the Channel Island is well positioned to benefit from more Brexit-inspired interest in ManCos.

“There is one clear certainty from Brexit – the UK is going to become a third country and the indication from Europe is that it will take some time for the UK to get a new passport or some form of equivalence,” says Crestbridge’s Refson. “Jersey already has the necessary marketing agreements in place with all the necessary MoUs [memorandums of understanding].”