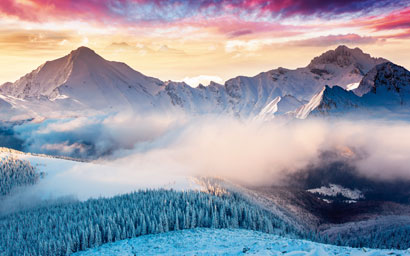 Swiss custody banks are in danger of seeing their market share wither as Swiss investors globalise and look to international partners for help, reports Nicholas Pratt.

Switzerland’s investor services market is notable for its dominance by local providers. The country’s many private and investment banks still feature prominently as either custodians or management companies for many funds in Switzerland. And the main Swiss-based custody providers – UBS, Credit Suisse, Pictet and Julius Baer – are estimated to have about 50% of the Swiss pension fund custody market.

There are signs this is changing – and the change isn’t always welcome. In 2012 the Zurich BVK civil servants’ pension fund was criticised for appointing JP Morgan as its custodian. The Sunday newspaper Sonntag (since renamed Schweiz am Sonntag) quoted an annoyed banker saying “that a public institution of the Canton of Zurich should consider an American bank of all things, is more than questionable given the background of attacks from the USA on Switzerland”.

Competition is huge for the 800 billion Swiss francs (€737 billion) of assets – growing at 2% annually – in Switzerland’s pension funds market. There are a handful of well-established Swiss custodians, but more market share is going to the US and European providers.

“It is no longer a taboo to appoint a US custodian,” says André Valente, head of fund management, Switzerland, at UBS Asset Management. “Instead it has become a clear trend. The custody requirements of Swiss pension funds are becoming more international and they are looking to the GCs [global custodians] with their large networks and lower fees.”

For example, the pension fund of university ETH Zurich put out a custody contract in March covering five asset management mandates worth 200 million Swiss Frances and called for “an experienced partner with an established global custodian solution”.

It is not just the large US and European banks that are eyeing the Swiss custody market. A number of infrastructure providers – international central securities depositaries like Clearstream and Euroclear, as well as stock exchanges like SIX, the Swiss-based exchange – are winning custody mandates.

According to Marco Geisselhardt, Clearstream’s head of sales and relationship management for investment funds in Europe, the biggest change in the custody market is that a growing number of small and mid-sized banks are no longer offering custody services, due to regulatory pressure and the cost of technical developments. Consequently, large players continue to get larger as mergers and acquisitions take hold.

Regulation has been a key influence on the asset servicing market in Switzerland, principally the amendments to the Collective Investment Schemes Act (Cisa) that came into force in 2013.

“Cisa has changed the landscape,” says Garrick Smith, Swiss head of BNP Paribas Securities Services. He says there is a heightened regulatory regime around collective investment vehicles and funds are getting a quicker approval process.

GLOBAL OPERATIONS
The changes affect both alternative and traditional funds and have made Switzerland a viable location for alternative managers looking to re-domicile. The Cisa also means that alternative funds domiciled abroad but distributed in Switzerland now need to have a Swiss fund representative and cannot rely on the private placement regimes of the past.

Smith fully expects international firms to take a greater share of Switzerland’s custody and investor services market. “The Swiss banks will always have a role to play but the international players will be doing more in this space. The big Swiss insurance companies are looking to put global operating models and standardisation in place. And Swiss fund managers are looking to be more multi-jurisdictional. This will lead to more consolidation among asset servicing providers. The international providers that can make global investments in services and technology will be in a better position than the single market players.”

According to Philippe Bens, senior country officer for Switzerland at France’s Caceis custody bank, the Swiss funds industry is coming under pressure from both EU regulations and its own new laws.

For example, while EU regulations like the Alternative Investment Fund Managers Directive (AIFMD) will apply to non-Swiss funds and corporates operating in Switzerland, there are also a number of Swiss regulations that are looking to mirror the EU’s own rules.

The Financial Market Infrastructure Act (FinfraG) is a Swiss translation of the EU’s Markets in Financial Instruments Directive and will come into effect in January 2017, requiring Swiss fund managers and pension funds to set up a reconciliation process, to improve their reporting and to provide evidence that they have sought a fair market price for the service providers they appoint.

It is this last point that Bens says will be an important factor in more funds choosing a non-Swiss service provider. “The local asset servicing market is very mature but the prices offered by local providers are higher than the market average.”

Furthermore, says Bens, funds are looking for a provider that can offer depositary banking, custody, fund administration and management company services as a package. “I do not see the local asset servicers as able to provide that kind of service.”

Pension funds are not really prepared to pay large fees for management companies with a global brand name, says one observer.

These developments will force Swiss banks to offer a service that can meet the Ucits and AIFMD needs of non-Swiss clients, as well as local clients, says Bens.