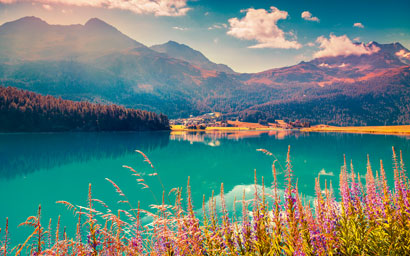 The UK will have much to learn from Switzerland about fund distribution in Europe from outside the EU. Fiona Rintoul reports.

Until the UK voted to leave the European Union (EU), Switzerland occupied a unique position in the global funds industry: a thriving European financial centre outside the umbrella of the EU. Even if its reputation has sometimes been tarnished by banking secrecy and the inevitable consequences thereof, the nation that gave us accurate watches and creamy chocolate has always had a special status in the financial services industry. Now banking secrecy is in the past, a new chapter has begun, and asset management is central to the narrative.

“A third of private wealth is managed out of Switzerland, and so it’s an important place for all asset managers and fund distributors who target wholesale,” says Lionel Aeschlimann, chief executive of Mirabaud Asset Management.

At the end of May 2016, assets under management in Switzerland covered by Swiss Fund Data and Morningstar AG stood at CHF 893.7 billion (€803.3 billion). However, this does not cover anything like the whole industry.

The Alpine republic is particularly renowned for sophisticated strategies where it is something of a pioneer. Indeed, Switzerland’s importance for alternative investments can scarcely be overestimated.

“Traditionally, Swiss investors were first into alternative investments,” says Patrick Ghali, managing partner at Sussex Partners, a hedge fund advisory firm with offices in London, Jersey and Zurich. “On the hedge fund side, Switzerland accounts for 20%-30% of global flows.”

An initiative launched in 2012 by the Swiss Bankers Association (SBA) and the Swiss Funds & Asset Management Association (SFAMA) –  called ‘Asset Management Initiative Switzerland’ – seeks to build on these already strong foundations and develop Switzerland into a leading international location for asset management. A minor hurdle was placed in the way by the Collective Investment Scheme Act 2013 (Cisa).

The act came into force in 2015 and introduces new requirements regarding paying agents and representation in Switzerland. While Aeschlimann notes that the new legislation only “modified conditions at the margins” and has not changed things dramatically, Ghali espies potential problems for smaller firms in particular.

“The challenge for some firms is whether they can meet the requirements without a Swiss office and all the expense that entails,” he says. “It’s not easy for smaller players and it is skewing the market to bigger players.”

The option of working with a local partner is there but can bring its own challenges. It is, for example, crucial that firms find the right partner. “Swiss banks don’t talk to just any counterparties,” says Ghali. “There is potentially a limited number of counterparties you can pick.”

According to the Sussex Partners’ co-founder, the new act also means Swiss asset managers need more infrastructure. The days are gone when you could have a trader sitting in a room. However, the act has its purpose and while it may create a barrier for smaller managers, it is not deterring new initiatives in Switzerland.

“The purpose of the Cisa is to protect investors and ensure the transparency and functionality of the Swiss market,” says Anna Bretschneider, head of Swiss distribution at Macquarie Investment Management, which opened in Switzerland in 2004. This year the Australian firm decided “to dedicate greater resources and focus to the Swiss market”.

Macquarie is far from alone.

“Most if not all the key players are in Switzerland,” says Aeschlimann. “I think we have a market that is extremely liberal and open.”

Liberalism is not always met with liberalism, however. Swiss legislation allows Ucits to be distributed in Switzerland, but this doesn’t work the other way around.

“It’s very easy to distribute Ucits in Switzerland – as easy as in the 28 EU member countries,” says Aeschlimann, who notes that updates to the Ucits directive are promptly implemented in Swiss law. “But Swiss funds cannot be distributed in the EU. There is no reciprocity in this respect.”

LESSON IN SURVIVAL
Recent events beyond Swiss borders have turned Switzerland’s experience in this respect into a fascinating object lesson in survival outside the European club. For not only is Switzerland not in the EU, unlike Norway and Iceland, it is not in the European Economic Area (EEA) either. Instead it is part of the much smaller European Free Trade Association (EFTA), which also comprises Norway, Iceland and Liechtenstein.

Set up in 1960, EFTA provides a framework for the liberalisation of trade in goods among its member states. It was intended as a counterbalance to the European Economic Community (EEC). In its early years, as well as current members, it included Austria, Denmark, Portugal, Sweden, the UK and Finland. All of these countries subsequently left to join the more politically driven EC. Some of them may be back. For the time being, Switzerland is the only substantial Western European country that is neither a member of the EU nor of the EEA.

For most Swiss managers, the solution to the EU distribution problem is to create an envelope based in Luxembourg or Dublin. This fund, which is either managed locally or by delegation, can then be distributed throughout the EU.

UK fund managers, who have enthusiastically embraced the Ucits passport to sell their products in mainland Europe, will now be chewing over these kinds of solutions with their Bircher muesli of a morning. Of course, many UK fund managers already have Luxembourg and Dublin funds and do not rely on selling UK Oeic structures. But that doesn’t mean it will not be a problem to carry on flogging these products to EU investors post-Brexit.

Luxembourg and Dublin funds managed by Swiss fund managers can be distributed in the EU but not by a sales force based in Switzerland. The sales force needs to be based within the EU.

“Generally speaking, it’s not an issue, because we believe we should be close to the client,” says Aeschlimann.

Nonetheless, the UK’s experiment with plebiscite democracy is taking the European fund industry in rather the opposite direction from what most people would wish by potentially introducing additional exceptions and complexity. Asset management companies in Switzerland could be among those that suffer most as they tend to trade a lot with the UK and already have to deal with an additional layer of complexity at home.

Mirabaud itself has substantial assets in the UK and might have to set up Oeics if the UK were not to have access to the single market in the future. However, if anyone is equipped to deal with these potential new problems it is the sanguine, multilingual and internationally minded Swiss.

“We were founded in 1819 and have crossed more than 50 crises,” says Aeschlimann. “Every year there is one trauma at least. This year we have Brexit. You learn that crises belong to normality.”

EXCELLENCE
Whatever shocks may come, Switzerland has qualities that people want – not least the discipline and excellence born of intense competition.

“The competition is fierce, and you are up against well-established local fund providers who dominate the market as well as a vast number of foreign competitors all trying to get market share,” says Bretschneider. “Every competitor that goes outside of the home market looks at Switzerland, and so by now almost everyone is here.”

The country also benefits from having several centres, each with its own appeal. “It’s a balance between Geneva and Zurich,” says Ghali. “There’s a different mentality in Zurich. It’s much more about doing your homework. Geneva is a bit more liberal.”

What is more, Switzerland has managed to turn which could be a competitive disadvantage – being outside the EU and the EEA and therefore different from other European states – into something of an advantage.

“It’s seen as a safe haven,” says Ghali. “In times of war and uncertainty, Switzerland has been there and weathered it.”

Whether there is room for two thriving international asset management centres outside the EU will only become clear when the fog of uncertainty engulfing the UK’s position post-Brexit begins to lift. From the Swiss perspective, two things are clear.

First, Switzerland got there first – though a Swiss company such as Mirabaud with strong UK connections is quick to point out that it remains committed to the UK and to London in particular. Second, the primary threat to Swiss asset management at the moment comes not from political machinations outwith its borders but from its own immigration referendum in 2014, which resulted in a vote to limit immigration.

“No one expected it to go through,” says Aeschlimann. “It could create huge potential problems.”