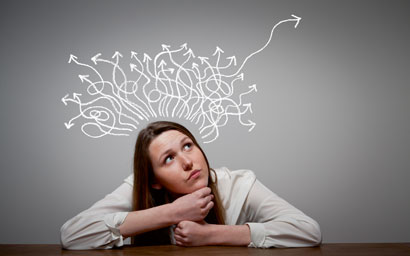 Central clearing for OTC derivatives is supposed to increase market stability and lower investors’ risks – but a way to circumvent it has emerged. Nicholas Pratt asks where this leaves central clearing.

The law of unintended consequences is everywhere. Look what happens when a prime minister decides to shore up his pro-EU position by appeasing radical party colleagues with a referendum on EU membership.

Like David Cameron recently, regulators have also been subject to the law of unintended consequences – more constantly than prime ministers, though – in the post-crisis era.

After the financial crisis, one of the clearest regulatory objectives was to reform the over-the-counter (OTC) derivatives market by making it less opaque and reducing complexity so that, ultimately, the risk of a large number of failed trades that could trigger broader market turmoil would diminish.

Revised clearing rules that shifted OTC trades away from private and bilateral arrangements to a centralised utility were introduced to facilitate market oversight.

The EU’s revised central clearing rules for OTC derivatives were finalised in June. But in the time it has taken for these rules to be introduced, the OTC markets for certain derivatives such as swaps have faced a number of challenges, not all of them foreseen by regulators.

One of the challenges is that investors and banks are considering ways to transfer their OTC interest rate swaps trades into listed futures markets where there is no central clearing requirement, says Russell Dinnage, research analyst at capital markets consultancy GreySpark Partners.

For example, the Chicago Mercantile Exchange (CME) has in the past year launched MAC Swaps, an interest rate swap futures product.

This migration is a circumnavigation of the regulators’ rules. But as more liquidity goes into the fledgling interest rate swaps futures market, exchanges like the CME may find they have to register listed futures venues in the same way that swaps venues must do.

BESPOKE NATURE
Interest rate swaps are a relatively benign part of the derivatives industry. Some may consider the regulatory focus on them unfair.

OTC interest rates swaps – which make up around 70% of notional volumes traded on a daily basis in global OTC derivatives markets – are the most standardised OTC derivatives market and were not the derivatives responsible for accentuating the effects of the mortgage-backed securities-driven financial crisis; the crisis was accentuated instead by credit default swaps (CDS), according to Dinnage.

The CDS market has proved much more difficult to standardise, centralise or replicate through a listed futures contract. Part of the problem is the bespoke nature of single-name CDS. They are designed to act as a tool for offsetting corporate credit risk. For every bond that an asset manager buys, they could buy a credit default swap as a form of insurance so each instrument is particular to a specific underlying bond or corporate counterparty.

Another issue is the size of the credit risk involved, given the increased capital requirements placed on OTC instruments, says Dinnage. “When you move a bilateral OTC transaction into an exchange-based environment, that debt has to go onto someone’s balance sheet eventually and thanks to Basel III capital constraints, there are very few single-name CDS underwriters left that are able to take on that level of risk. The single name CDS market has effectively become an oligopoly.”

There has been a record amount of corporate debt issued in recent years, but arguably very little of it has been hedged using the single-name CDS market. Instead it is being hedged by buy-side investors through the use of CDS indices, such as Markit’s CDX or, even less directly, via fixed income exchange-traded funds.

The question is whether the ‘futurisation’ of the interest rate swap market and the migration of hedging to credit default swap indices  have created a more secure marketplace for asset managers and other investors.

While higher capital requirements have raised the level of collateral required to finance a hedging position, it has also reduced the number of banks in the market and made it more monopolistic, argues Dinnage. And this will remain the case until there are more venues able to standardise these OTC instruments into listed products that can be centrally cleared.

From an asset management perspective, the hedging environment has theoretically become simpler and less expensive but, in practice, it has become less effective, says Dinnage, because a CDS index does not cover 100% of the risk in the same way a single name CDS does. With the buy-side buying up huge amounts of corporate debt due to the banks’ withdrawal from this market, a large corporate credit event could expose this gap in risk management.

AN ENDORSEMENT OF CENTRAL CLEARING
But what of the success of the central clearing project generally?

The clearing houses stress the fact that although the phased implementation of the mandate for the central clearing of certain OTC derivatives only began in June, there has been voluntary central clearing on the buy and sell-side taking place for months – something that Philip Whitehurst, head of capital, collateral and liquidity at SwapClear, says is a clear endorsement of central clearing.

He says there is growth in daily turnover and the number of buy-side users and the total amount of margin collected is ongoing. The last factor is especially significant, says Whitehurst, because it is effectively a measure of the amount of risk that people will entrust to a clearing house.

There are still challenges. For one, says Whitehurst, pension funds have been temporarily exempted from central clearing, due to their difficulty in posting non-cash collateral.

There are also new rules due to come in for non-cleared swaps collateral arrangements.

And while the use of central clearing does incur a cost, defenders say it is not responsible for the increased cost of capital and binding constraints like leverage ratios that have been imposed on OTC instruments. In fact, argues Whitehurst, central clearing provides certain capital advantages.

Clearing houses have developed a range of services to ease these capital requirements. Compression of derivatives trades, whereby swaps contracts are used to perfectly hedge trades, has helped to reduce the notional amount of outstanding global OTC swaps, which stood at $493 trillion (€444 trillion) by the end of December 2015 – the lowest level since 2007.

As of May 2016, SwapClear has itself compressed a total of more than 8.4 million cleared trades representing more than $1 quadrillion in notional value since launching its compression service in 2008.

PRICING ISSUES
It has been said that central clearing has made it harder to price swaps, but Whitehurst argues that central clearing provides a cleaner environment for swaps pricing, because in bilateral dealing the ability to post multiple collateral types can create sizeable pricing issues.

“In the central clearing world we are more rigid about collateral and that makes it cleaner and clearer to value a swap,” he says.

That said, the fact that different central counterparties (CCPs) have different clearing costs (based on their relative size and the number of buyers and sellers they attract) can create pricing issues for market participants. There is also the issue of the growing importance of CCPs within the swaps market.

The choice of clearing house has become a greater consideration to traders than the choice of execution venue. And once the revised Markets in Financial Instruments Directive comes into effect and allows participants to choose a clearing house regardless of where they execute, this importance will only grow.

Furthermore, it may create a small number of very large clearing houses that become dominant in certain asset classes. Ever since the use of central counterparties became a central plank of post-crisis market reform, there have been questions about whether CCPs may themselves become too big to fail.

It is more likely that too many clearing houses or CCPs will end up too small to succeed, leaving the market to find a workable balance between the efficiency of having a limited number of infrastructure players, and the competition of alternative options.

The clearing houses dismiss the notion that the swaps market has suffered from a withdrawal of volume as more traders instead look to cheaper, alternative instruments, such as futures.

“There is no question that the vast bulk of liquidity is in the swaps market – swaps futures are just a fraction in terms of daily volume,” says Whitehurst. “Furthermore, I see no evidence that the volume is growing.”

Above all, says Whitehurst, the introduction of central clearing for OTC interest rate derivatives has been a lot smoother than people expected in terms of workflow and cost.

“There was a lot of apprehension, but it has proved to be unfounded,” he says.

Maybe this Brexit won’t be so bad after all.