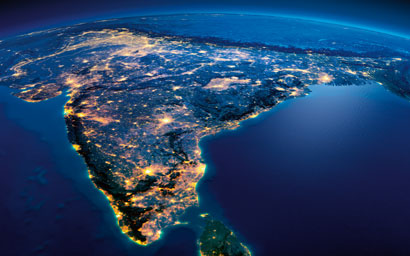 Spike Hughes of Cohesion Investments, a UK distributor, says it’s time to allocate to Indian equities and explains how the lack of broker research for many Indian companies influences manager selection.

India is one of the most exciting and talked about investment regions right now – but, given its size, rate of growth and future potential, it is a market that also garners too little attention from too many investors.

A vast country of some 1.25 billion people, India is, however, now firmly on our radar as the fastest-growing major economy in the world – forecast widely to become the third-largest. As such, there are two clear messages I would like to convey to any investor on India.

The first is that India absolutely deserves to be considered for investment as a single country fund allocation, and should not be bundled in as part of a broader Global Emerging Markets allocation; this in most cases
will afford exposure only to India’s largest companies, which have already experienced their fastest growth.

For those that are convinced on this first point, the second is how best to access the Indian growth story and its equity market. My own long-held contention is that UK investors should invest only with a manager based in India, a view I have formed after spending considerable time with India’s largest investor – Reliance.

To really understand the potential for India’s economy and stock market to grow – and to add billions of dollars of value and wealth creation – we must consider the critical drivers which will deliver this outcome. Whenever there is long-term sustainable economic growth in the world, two cornerstone pillars are always in place: the country must have good and improving demographics, and its productivity gain must be good. In other words, it becomes more productive in its output.

Starting with the demographics, India already has one of the two largest populations in the world, and its people are becoming younger and wealthier, with strong growth in the middle class. India is of course coming from a very low base, and is currently 22 times less productive than China, and some 50 times less productive than the USA – but improving infrastructure and technology are two areas which will help to underpin change. Allied to what are arguably the world’s best demographics, this will drive a significant improvement in GDP expansion, resulting in a highly productive and fast-growing economic machine, and this will be reflected in stock market growth.

There are of course many other contributing factors, and I will focus here on just two.

The first is Narendra Modi, India’s rather dynamic prime minister, currently two years into his five-year term. One could take a ‘glass half-empty’ approach here and point to the fact that some of Modi’s reforms have been delayed, and that he has lost some key state elections of late due to his increasing unpopularity. However, this would be a misguided perception. 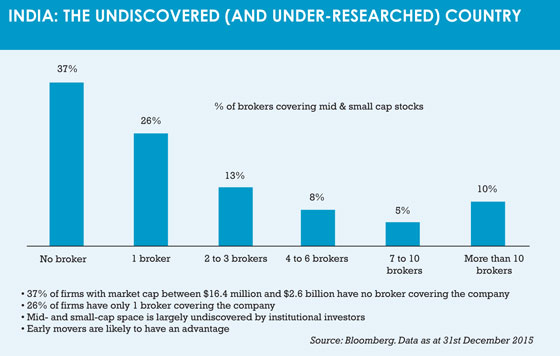 The truth is that he has effected considerable change and reform already, has persuaded many of the world’s most senior leaders and corporates to partner and invest in the country’s economic growth miracle – and it is the very fact that he is cleansing the system, fixing supply-side bottlenecks and implementing policies to deliver long-term structural growth, rather than short-term populist policies, that is making him unpopular.

I expect this to change once the benefits start to come through, and to be seen over the next couple of years.

Then, despite its huge population and one of the highest savings rates in the world (currently circa $600 billion, or €542 billion per annum saved), there is the fact that a mere 2% of India’s savings presently goes into equities – a ratio that is a lot higher in most countries.

It would take very little for a small change in the savings pattern to be transformational for the Indian equity market, and the shift from physical savings to financial savings has already started.

NO BROKERS
So why is it so important to invest with a large and well-resourced India based manager? Surely this isn’t necessary with so much information available today? Actually, this broad-based assumption couldn’t be more wrong.

Some 93% of Indian listed companies are mid- and small-cap firms – and of these, 37% have no broker, with 26% having only one broker providing research. In other words, most of the market has little or no research coverage.

Why does this matter?

Clearly an investor would commit only to companies that they are aware of, and where those companies are thought to have the potential to grow. Fifteen years ago there were barely any IT or pharma stocks listed on the Indian market, yet today there are many huge companies in these sectors. In a country that is experiencing such long-term sustainable economic growth, and where a multi-trillion-dollar wealth creation opportunity is forecast for the stock market, many new sectors and themes are starting to emerge.

Many companies face the potential of transformational growth, and unless a manager is on the ground in India, fully resourced, with a strong research capability and reach, these investible companies will be missed. Today India has many companies with multi-trillion-dollar market caps, which ten to 15 years ago were virtually unknown.

The real opportunity for investors is not only to tap into this highly sustainable and standout growth story but to invest into the fastest-growing parts of the economy – into companies with the potential to generate multi-bagger returns in the years ahead.