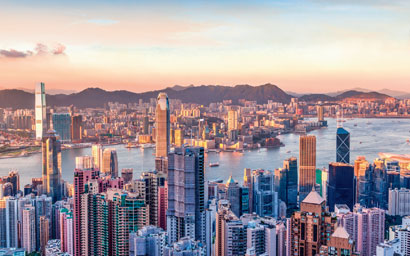 Marking its fifteenth anniversary this December, the Mandatory Provident Fund (MPF) is a familiar if not always loved concept among Hong Kong’s working population.

The compulsory savings plan requires employees earning more than a minimum threshold to pay 5% of their salaries into a qualifying, privately managed pension scheme chosen by their employer. The employer must match the contribution.

The MPF has done what it was meant to. In 2000, only a third of Hong Kong’s employees were estimated to be covered by pension plans. Now, financial and criminal penalties for non-participating companies in the MPF ensure about 85% of the population has retirement protection, according to the government.

But the scheme has not always been popular. Some grumble that investment returns are too low (the scheme as whole gained 3.1% a year on average between launch and November 30 last year). Others say the level of contribution is not high enough to ensure members’ livelihoods into retirement (the fund as a whole contained $76 billion at the end of last year). Still others say members, who do not have a choice about whether to participate in the scheme, are not getting a fair deal from the asset managers that provide the participating funds.

Hong Kong’s Legislative Council set out to address the last complaint with its recent bill to amend the MPF. The legislators’ idea was to mandate a default investment strategy, consisting of a balanced portfolio of global equities and global bonds, with a capped fee. The strategy would ensure that those scheme members who were not able to choose their own funds under the scheme would get a cost-effective default option. Those members who wanted to choose their own funds under the MPF would still be free to do so.

In the bill gazetted at the start of June, the Legislative Council set the fee cap for the default investment strategy at 75 basis points with a further 20 basis points cap on additional, “out of pocket” expenses.

The Mandatory Provident Fund Schemes Authority hailed the bill as a “major milestone”, though it warned there may be a delay in bringing in the rules. Some expect the authority, which planned to implement the strategy in the first half of 2017, to miss its deadline as it consults with the industry on how best to meet the caps.

But not everyone is happy with the new regulation, which some say is unfair on asset managers.

MONEY, MONEY
In a speech delivered in May 2015, the authority’s chief regulation and policy officer, Darren McShane, touched on the difficulties regulators face when mandating fee caps, which might be characterised as “damned if you do, damned if you don’t”. The proposal of a 75 basis point cap “inevitably raised many views”, he said, “both that it was too high and that it was too low”.

Asset managers, of course, tend to be on the side of “too low”. Fees are, after all, their livelihood. Not all their complaints are purely self-serving, however.

One contentious point is how many scheme members will be affected by the default strategy. In his May 2015 speech, McShane referred to a survey done by the authority in 2013 which found
that one in four scheme members had never made a fund choice
for their MPF investment. He qualified his claim by remarking that the figure may overstate the level of default investment, but insisted “it does illustrate that many members are quite disengaged from this important decision-making process”.

Art Bacci, head of Principal International (Hong Kong), disagrees. He believes only about a tenth of MPF members are defaulters. The proportion is lower than the authority thinks, he says, because companies such as his play a role in helping employers guide their staff in making fund decisions. “We have about 10% defaulters,” he says, referring to Principal’s own MPF clients. “I don’t think there’s a problem.”

But Bacci argues that, because many employers already negotiate discounts with their fund providers, lots of members are already paying fees of around 1%, and would not gain much by moving to the default strategy.

“It depends on the employer,” he says. “Most large to medium-sized employers are getting discounts today. They may not be 75 basis points, but they get discounts.”

Perhaps the most fundamental objection to the fee cap is ideological. Bacci, who is also vice chairman of the Hong Kong Investment Funds Association, says the cap “seems contrary to a free market”. He believes market forces should determine fund fees, and adds that fees have fallen without regulatory interference.

He says: “With larger asset base, elimination of smaller funds, scheme mergers and increased competition for certain funds […], less paper-based and manual transactions and less onerous regulations, we believe MPF fee levels will naturally come down.”

Behind the final objection is a implicit gripe with the regulator itself, which many fund managers, Bacci included, believe is not helping fund managers in their efforts to cut costs. Fund managers would like to go paperless, for instance, but they can’t, because Hong Kong regulation requires countless pieces of fund documentation to be be printed.

These complaints, however, have an air of futility now, seeing as the authority’s bill has passed. Like it or not, fund managers must begin preparing default investment strategies costing no more than 75 basis points, or be in breach of the regulations. Maybe their goal should be to convince scheme members that a lower fee doesn’t necessarily mean a better deal.