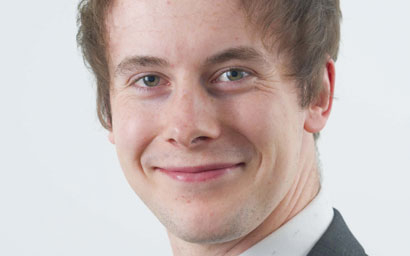 The past ten years have borne witness to a prodigious rise in the degree of automation and electronification of trading venues globally. US futures markets, used by numerous EU fund managers for directional trading and hedging purposes, have been no exception.

Electronic matching platforms are now used almost exclusively to trade futures on US designated contract markets (DCMs), with automated systems and their underlying algorithms also responsible for order management and order execution, as well as the dissemination of trade confirmations and market data. Moreover, market participants increasingly use algorithms in the generation and transmission of orders.

According to the US Commodity Futures Trading Commission (CFTC), algorithmic trading systems were present on at least one side of 80% of foreign exchange, 67% of rates and 62% of equity futures trades during the two years up to October 2014. In liquid product categories, they represented both sides of a transaction 50% of the time. This is likely to have increased since.

These rapid changes in trading technology caught the attention of the CFTC, which has spent two years developing a proposed framework of rules for algorithmic trading on US DCMs, known as Regulation Automated Trading, or ‘Reg AT’.

If implemented, they would represent a sea change for US futures markets and their participants globally, applying directly to any EU entity registered with the CFTC as either a ‘CTA’ or ‘CPO’.

Reg AT would introduce minimum rules for risk and other controls, systems development and testing requirements, as well as reporting and record-keeping obligations for all levels of the algorithmic transaction chain from the underling ‘AT Persons’ engaged in algorithmic trading, through to Clearing Member Futures Commission Merchants and DCMs themselves.

Other aspects of Reg AT include increased transparency into the functioning of DCMs’ matching systems and rules for DCMs’ trader incentive and market-maker programs.

Many elements of Reg AT are positive, in particular its focus on proportionate minimum standards that avoid prescriptive ‘one-size-fits-all’ rules that would be unsuitable for many firms and quickly become outdated as trading technology develops.

However, one particular requirement has sent a collective chill down the spines of buy- and sell-side industry participants alike that utilise algorithmic trading techniques on US DCMs: the summary access by the CFTC and Department of Justice (DoJ) to each AT Person’s source code, to be maintained within an AT Person’s ‘Source Code Repository’.

The CFTC and DoJ currently need a subpoena to access a firm’s source code, which for quantitative fund managers in particular is their fundamental source of competitive advantage.

SIGNIFICANT CONCERNS
The Alternative Investment Management Association and various other industry bodies have expressed significant concerns to the CFTC about the security risks to AT Persons’ algorithms posed by the proposal and the lack of any ex ante supervisory benefit to either the CFTC or DoJ due to the complex and esoteric nature of primary source code.

It is noteworthy that source code disclosures were proposed as part of the recast Markets in Financial Instruments Directive. However, this was quickly dropped as regulators recognised the negligible benefits versus the operational complexity and potential liabilities for data breaches.

We must hope that the CFTC reaches the same conclusion under Reg AT, otherwise EU algorithmic managers registered with the CFTC may find their source code at risk in a manner far beyond that experienced in the EU.