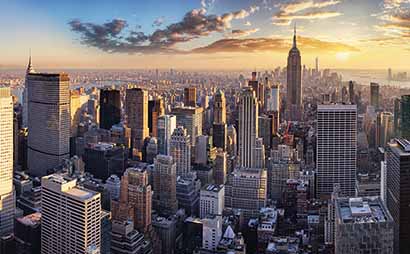 As Jersey makes overtures to investors in the US, Nicholas Pratt investigates how it could be a gateway into Europe for managers across the Atlantic.

Later this year, Jersey Finance will open its first office in the US, following a £250,000 (€291,000) grant from the Jersey government. The money will be used to fund a New York office and full-time business development director. It is a far cry from the early trips to the US, where much of the time was spent explaining that the ‘Jersey’ they were promoting was in the Channel Islands and not the eastern state of New Jersey.

The office opening is designed to capitalise on what Elliot Refson, director of funds at Jersey Finance, says has been a clear growth in financial flows between Jersey and the US. Between 2016 and 2017, assets under management in Jersey from US-based managers increased by 60%. “Up to now, I have been going to the US once a quarter to meet managers, lawyers and other market participants, but we will be able to do more if we have a presence on the ground,” says Refson.

Moving quickly
One of the reasons for the increase in flows from US alternative managers is the emergence of the EU’s Alternative Investment Fund Managers Directive (AIFMD), which has changed the regulatory landscape for any US manager wanting to raise capital or market their funds in the EU.

Jersey moved quickly as a third country to develop a fully-compliant AIFMD regime that could allow US managers to access the EU using a Jersey AIFM marketing via the third-country passporting regime, but with that third-country passport unlikely to take effect before Brexit, the current focus remains on selective private placement marketing, which is actually a more cost-effective model.

Furthermore, while there is a strong interest in the European market among US investors, there is not always a clear understanding of how the market works and the most cost-effective way in which it can be accessed.

Whereas the AIFMD passport is designed for firms wanting to access the pan-European market, many US managers are simply looking to access just a select number of markets. As Refson says: “If a US-based manager wants to market their funds on a pan-European basis, then they will likely look to initially set up a base in Luxembourg or Dublin for access to the passport.”

But such an approach is based on funds that are looking to market to all states within the EU, as opposed to a handful of individual markets. Just 3% of managers market their funds to more than three markets in Europe and more than 75% of investment in Europe is focused on the UK, Switzerland or the Netherlands.

Consequently, it is not strictly necessary to set up a fully regulated EU fund, says Jonathan Heaney, managing partner of Walkers, an international law firm in Jersey. “Instead, US managers can set up a fund in an offshore centre such as Jersey or the Cayman Islands and access a number of European markets via national private placement regimes (NPPR). There are US managers establishing products they do not necessarily need.”

“In essence, the message being marketed to the US is that offshore centres such as Jersey and Guernsey can be a gateway into the EU and the UK without the regulation of onshore Europe, so it is a quicker and cheaper route to the European market for US managers,” says Heaney.

The US private capital market, for instance, is a key target sector, he says. “There is significantly more investable capital available in the private capital sector (family offices and the high-net-worths) and they want to be serviced in the same way as the institutional funds. Such promotors do not need to raise funds in the European market. Capital is already committed.”

Popular choices
A broad range of asset classes and fund structures are of interest to US managers and investors. UK real estate is still very popular, although the focus has shifted somewhat from the big trophy assets. As a domicile, Jersey is also mostly known for close-ended private funds, rather the open-ended hedge funds, says Heaney.

“We are trying to set our products much wider and promote the notion that Jersey is a key jurisdiction for promoting and assisting inward European investment with an appropriate level of regulation for the investor base,” he adds. “Most of Jersey’s marketing effort in the US has focused on the law firms of New York, to let them know what products are available and why they should be promoting them to their clients.”

Brexit has also helped to accelerate Jersey’s thinking in this area, says Heaney. “Jersey will no longer have the UK in the EU fighting its corner, so Brexit has injected a sense of urgency in Jersey and its efforts to expand its horizons. Jersey is not seeking to compete with the other major offshore centres in the US market. Jersey recognises its limitations in certain fund sectors and is aiming to play to its strengths.”

Historically, US fund managers have tended to use Delaware and the Caymans as their base because they are lightly regulated and low-cost, says Ben Robins, funds practice group head at law firm Mourant. However, more robust regulatory standards are increasingly important in the choice of domicile for some managers and their investors, and this is an advantage for Jersey in those cases, says Robins.

“In the past, rules such as anti-money laundering (AML) have been an Achilles heel but some managers now appreciate the advantages of meeting higher standards of international regulation. There may still be those managers that prefer the light regulatory touch of Cayman, but the direction of travel will continue towards more robust regulation,” says Robins.

Familiarity
There are also a number of Jersey legal structures, particularly Jersey limited partnerships, which are well-known to private equity managers in the US, says Robins. “Jersey’s limited partnership model has been in place since 1994, whereas the Luxembourg partnership model is new and relatively untested and an equivalent does not yet even exist in Ireland. Jersey also has a new limited liability company (LLC) model that will be very familiar to US managers, having been used extensively in Delaware and Cayman.”

In terms of asset class, Jersey is targeting those US managers and investors looking to invest in UK or EU real estate, says Robins. It is also looking to attract those investing in broader global private equity and tech assets. A growing number of global tech funds are domiciled in Jersey, including SoftBank’s Vision fund. “The institutional investor clients of some US managers may prefer Jersey as a domicile lying somewhere between Cayman and the EU from a regulatory perspective – whitelisted but with a lighter regulatory touch than the onshore EU domiciles,” says Robins.

In addition to the onshore US managers, Jersey has also looked to attract Cayman-based hedge funds looking to market to a pan-European audience. “We have Cayman-based hedge funds, which have set up a ‘full presence’ manager here with substance,” says Simon Hopwood, group partner at Maples and Calder, Jersey. “Most have partnered with a regulated fund administrator, who manage and administer the manager, providing presence, substance and skilled directors. Others have used a combination of the two approaches.

“There is flexibility in this approach and it is attractive for hedge fund managers, as well as private equity houses, that have established their funds in the Cayman Islands or elsewhere and want to establish a manager or investment manager in Jersey to market to a pan-European audience.”

Jersey will also benefit from its recent legislative efforts, says Hopwood, not least the economic substance legislation which is designed to ensure that entities carrying on, for instance, fund management business, will have substance in Jersey. He believes this will be a big advantage in Jersey’s competition with other offshore jurisdictions for which substance will be an issue.

The full spectrum
Jersey has also recently introduced US-style limited liability companies that US managers are familiar with. “We have a wide selection of flexible entities and the full spectrum of limited partnership and corporate entities. The introduction of the LLC was really geared towards US managers that like a ‘hybrid’ between a company and partnership. It means they do not lose their limited liability and have full structuring flexibility. The UK and many other jurisdictions do not offer LLCs.” says Hopwood.