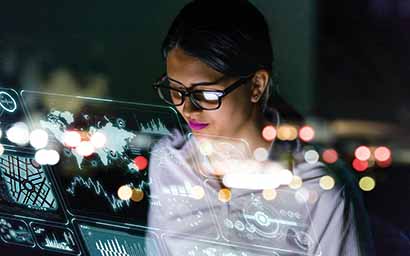 Romil Patel talks to the new chief executive of Jersey Finance, Joe Moynihan, about meeting the demands of a changing world.

Having lived on the Bailiwick of Jersey since 1993, Joe Moynihan is certainly no stranger to the 120sq km island, or to a financial services industry whose influence stretches much further. In a career spanning several decades, he’s notched up a number of roles here.

Since February this year, however, he has taken on the task of representing more than 160 financial firms on the island. Given that Geoff Cook, his predecessor as Jersey Finance chief executive, was in the job for 12 years, Moynihan clearly has big shoes to fill, but for now, his gaze is fixed firmly on the future.

“The key thing is to maintain the position that we have as a well-respected international finance centre and to ensure that we are still relevant to the community that we serve in five years’ time,” he says. “Historically we have taken a future-focused view – we do not operate in isolation, we operate in an environment and world that is changing on a continuous basis.” 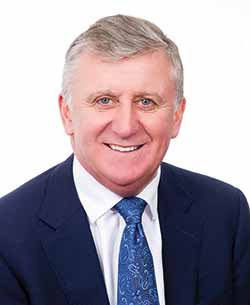 Indeed, the world has changed considerably in the decade since the global financial crisis. Low interest rates and the effects of quantitative easing have led investors to turn to alternative asset classes, which now represent 86% of Jersey’s total funds business. In the past year, the island’s private equity fund values soared by 38% to reach a record £114.5 billion (€132.8 billion) – and the indications are that growth will continue, according to Moynihan.

Macroeconomics is one reason. Growth in emerging market economies has produced high-net-worth individuals in those regions, and they are much more open to these kinds of investment classes than was traditionally the case.

An ever-evolving picture is another reason. “There are changing demographics in more developed jurisdictions where we are struggling with pension gaps,” says Moynihan. “The opportunity to generate returns is driving managers to take a much broader view in terms of the asset classes they look at and we are seeing that in terms of the interest in this area. What is particularly key for us in alternatives is the growth we have seen in hedge funds, private equity and real estate.”

An additional area he identifies as crucial to growth is the digital world. Jersey aims to be the easiest financial centre in the world to do business with remotely, and to deliver that requires proactive regulation, supportive government policies and a robust digital infrastructure. Moynihan also recognises that digital developments will revolutionise economies – and could create opportunities for fund management companies on the island.

Planting its flag
Looking to the future, Jersey is adopting a much broader focus than at any point in its history. Previously, its financial services industry was very much focused on the UK and European Union (EU), but that has changed dramatically in recent years.

“If and when the UK leaves the EU, over 72% of committed capital in Jersey to Jersey alternative investment funds (AIFs) will come from non-EU countries,” says Moynihan. Further afield, Jersey is looking to plant its flag across the Atlantic.

With plans to open an office in New York later this year, Jersey Finance will promote the jurisdiction as the gateway into Europe for US fund managers. “We believe we have the ideal solution for them because we have access to Europe through the National Private Placement Regime (NPPR). It is a recognised path that actually works.” At the end of last year, a total of 168 managers in Jersey were marketing more than 300 funds into the EU using the regime.

US promoters’ assets under administration in Jersey have increased by 148% over the past five years, notes Moynihan. It’s an important market. “The advantage for the US manager is we keep them out the scope of the Alternative Investment Fund Managers Directive (AIFMD),” he says.

“Using an alternative investment fund manager (AIFM), they have easy and inexpensive access into the European Economic Area through NPPR. From our perspective, we are also ready for AIFMD passporting, having been assessed twice by Esma [the European Securities and Markets Authority] and approved twice. In terms of access to UK investors, that is unlikely to be affected by the UK leaving the EU,” he adds.

The flexibility of Jersey’s funds regime means that regardless of what happens with Brexit, it can offer unencumbered marketing into the UK, the EU and the rest of the world. “We are in a very strong position despite the global uncertainty,” says Moynihan. “If you want to future-proof your fund, this is a very good location, and we are seeing pick-up on the back of the uncertainty.”

Squaring the circle
In March, Jersey was removed from an EU list of non-cooperative tax jurisdictions after efforts – with industry input – to implement economic substance legislation.

The issue that was raised was that Jersey did not have legal substance requirements for entities doing business on the island and taking advantage of its tax regime.

“As a response to that, we introduced a tax economic substance law, which came into effect on January 1, 2019,” says Moynihan. “It makes provisions for imposing an economic substance test on companies that are tax-resident in Jersey, so tax-resident companies must be able to demonstrate that they meet the relevant criteria as set out in the law in order to pass the test. From our perspective, that squares the circle and puts us on a whitelist.”

For a jurisdiction like Jersey, it is all about staying relevant – which means asking why a customer has chosen to come and stay there. In Jersey’s case, customers often opt for fund structures that can be designed to meet their needs. The Jersey Private Fund, for example, was specifically created to deal with customer demand. While still regulated, it is easier for groups of investors to come together and manage their fund. Moreover, flexible company law means the fund is more suited to customers than bulky laws designed to deal with everything from a corner shop to a publicly listed company.

A key point, as far as relevance is concerned, is having the infrastructure, practitioners and experts who can deliver to a high standard while keeping an eye on what is happening externally.

“We are getting and continue to get positive ratings from the international standard setters and that provides a lot of comfort and certainty of outcome to the investors.”