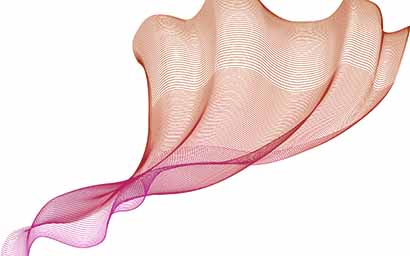 Jersey may be small in size, but it is carving out a large presence in the digital space thanks to a flexible regulatory framework and innovative initiatives, writes Lynn Strongin Dodds.

Despite its size, Jersey has always punched above its weight as an international finance centre and it is doing the same as a leader in the fintech space. The government and regulator have joined forces with banks, fund managers and industry groups to ensure the Channel Island remains at the forefront of digital innovation.

“Jersey has commanded a strong virtual footprint compared to its size,” says Michel van Leeuwen, chief executive of international financial services firm Hawksford. “The legal, regulatory and business sectors have all worked together, which has allowed the island as a whole to be nimbler and look at opportunities in a more comprehensive way. “

The foundations were laid in 2013 when Jersey Finance commissioned a strategic review to help determine the future direction of its finance industry. It set out a total of 21 initiatives, and although the review was updated in 2017, they still form the core of the blueprint.

The thrust was to create the right regulatory structures to support the digital transformation taking place across the sector, to develop digital talent and to continue pumping money into the requisite infrastructure. It also led to the creation of Digital Jersey, a government-backed economic development agency and industry association dedicated to the growth of the digital sector on the island.

Hand in hand
Fast forward to today and its flexible regulatory framework combined with a collaborative approach and industry expertise has proved to be a winning formula. There have been several notable accomplishments over the past six years, including Jersey becoming the coveted destination for Japanese telecom giant SoftBank’s $100 billion Vision Fund. In addition, the island is stealing a march in the burgeoning blockchain-based cryptocurrency arena.

The world’s first crypto fund was structured in St Helier by Global Advisors, but more recently, Jersey has become the European gateway for Binance, the world’s largest cryptocurrency exchange by trading volume. The island’s exchange buys and sells bitcoin and ethereum in return for sterling and euros, giving investors in Europe and elsewhere easy access to the cryptocurrency market and an alternative to standard fiat currency.

Moreover, last year the Jersey Financial Services Commission (JFSC) won plaudits for issuing detailed guidance on the launch of initial coin offerings (ICOs). This followed a swathe of high-profile crypto ventures and ICOs that were launched on the island.

Although ICOs are not regulated, an issuer must be a Jersey-based company that has received a stamp of approval from the JFSC prior to undertaking any ICO activity. In addition, a legal adviser must handle the consent application on behalf of the ICO issuer and the document needs to include information regarding the ICO, its rationale, features of the tokens – whether they are security or non-security tokens – and an audit. Also, marketing materials must be clear, fair, not misleading and contain certain prescribed consumer warnings.

According to Christopher Griffin, a partner at Carey Olsen and head of the firm’s digital assets practice, the Jersey regulator has adopted a sensible and risk-based approach to give prospective purchasers of digital assets a level of confidence that other jurisdictions may not have been able to provide.

He adds that the guidance note sets out a clear and practical path, focusing on consumer protection and anti-money laundering, while recognising the fact that token promoters want to use Jersey because of the island’s reputation as a well-regulated and reputable jurisdiction. “The aim is to balance the interests of emerging fintech and digital asset businesses with the requirements of good governance and regulation,” he says.

Digital sandboxes
The island has also made the news with its fintech digital sandboxes. They have been launched to develop, test and launch new technology products, without the high costs and complex legal, government and regulatory barriers that often present themselves in other cities or markets, according to Tony Moretta, chief executive of Digital Jersey.

Digital Jersey has already cut its teeth with an Internet of Things sandbox, which has been used by Sony as a launchpad to develop business cases for wider implementation, as well as a healthcare sandbox that is being employed by medical firms to test applications in settings that are easily scalable to a global marketplace.

“Sandboxes are not new and have been used in the tech industry for many years,” says Moretta. “We have always thought that Jersey is a great place to test things because apart from the technology platform, it is a walled garden surrounded by the sea, and 105,000 people is a good size.”

He adds: “It is like the UK’s Financial Conduct Authority’s Global Financial Innovation Network (GFIN) or global sandbox, which we can also plug into. One of our aims is to encourage firms to solve their problems and test solutions because we have the infrastructure that can support them. We are hoping to use the sandbox as a way to attract firms to relocate here to develop their products and services.”

Having a testing ground is particularly relevant in the current environment. As with any new technology, there is a great deal of hyperbole and the digital tools of big data, artificial intelligence, machine learning, robotics and blockchain are no exception. They all have the potential to enhance operational efficiency, reduce costs, improve profitability and add value to a financial service firm’s overall value proposition. However, they are all at different stages of development and it will take time for many of them to make a meaningful difference.

The right tools
As van Leeuwen puts it: “At the moment, we are about 25% towards where we should be, but there is a lot of hype and appetite out there. One way to gauge progress is when there are multiple conferences and a great many people are talking about the observed trend; then you know it is just starting. Building sandboxes is important because it helps provide direction on how to build the right tools.”

The hurdles are also often underestimated. For example, blockchain is often touted as a world-changing technology and ideal for enhancing operational efficiency, seamless onboarding, portfolio management, clearing and settling of trades and overall regulatory compliance. However, the application of the technology is still nascent and there are still various non-technical barriers to adoption. Just on the know-your-customer (KYC) front, the lack of standardisation of the data model and access to primary sources remain key challenges.

Robotics will also have a large part to play in the future in fund administration, according to Mike Johnson, head of fund services at Intertrust Group. “There is a lot of processing involved and several areas of onerous and repeatable tasks that do not add any value,” he says. “We also think that in the blockchain space, it will be important to have a golden book of record, because the standardisation of data will make the fund administrator more efficient.”

Although it is difficult to predict when many of these technologies will be fully implemented, there is no doubt that financial service firms have no choice but to embrace digitalisation if they want to succeed. To date, banks have been leading the charge, but asset managers are closing the gap as their business model is rapidly changing, as a recent study by Deloitte demonstrated. It revealed that asset managers are faced with restructuring product portfolios, streamlining operations and offering digital-inspired customer experiences — especially since millennials comprise an increasingly significant portion of the asset management marketplace.

This means, among other things, implementing digital-enabled distribution to reduce costs and improve client engagement, as well as leveraging robotic automation and cognitive enterprise to streamline middle and back-office operations.

However, it is not just about deploying the tools but also having a coherent and clear digital strategy that starts from the top and permeates the organisation thoroughly. Jersey is home to a wealth of professional service companies and consultants who can help them navigate their way through the organisational maze, but there needs to be a comprehensive plan.

“We are in the embryonic stages, but whether it is a fund administer or manager, there is a recognition that you cannot just put on a sticking plaster to fix the problems” says Robert Kirby, partner at KPMG.

“There need to be holistic solutions that can help automate and streamline process. This enables people to then focus on the more meaningful work and relationships.”