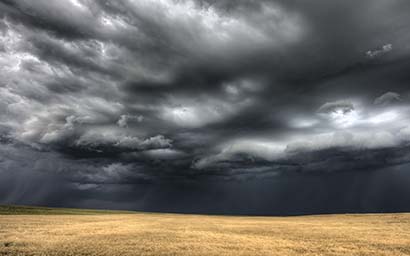 In a low-yield environment tinged with political uncertainty, the pressure on investment managers is intense – but A conservative, straightforward and slightly esoteric approach is proving to be a winning strategy, Quilter Cheviot’s Michael Bull tells Romil Patel.

The Bank of England has raised interest rates only once since July 2007, forcing UK fund managers to look beyond traditional asset classes to maintain income. But while diversifying across various asset classes has been vital in adapting to the current climate, traditional assets still have their place, says Michael Bull, investment director with Quilter Cheviot, an investment firm owned by Old Mutual Wealth.

Indeed, Quilter Cheviot holds a range of fixed income right across the spectrum in addition to global equities, which comes with additional risk. Equities do have a place in portfolios, says Bull, highlighting farming stocks and telecoms as opportunities for good yield.

Within the alternatives sphere, there is also room for the “weird and wonderful”, says Bull. Aside from private equity and infrastructure, Quilter Cheviot has an investment that specialises in aeroplane and industrial boat leasing, demonstrating the range of what’s available. He denies being too adventurous, however.

“We’re quite cautious as a whole with our investment style. We don’t try and be too clever about things,” he says.

“The important thing is that all of the investments are heavily researched and we know how they work and there’s not too much going on under the bonnet that you can’t see from the outside.”

Navigating Brexit
The UK’s decision to leave the EU has created ongoing uncertainty as Brexit negotiations continue, but property has continued to generate a solid yield and presents good opportunities.

“We’re very wary, as most are, of the likes of shopping centres in the UK and the high street, indeed,” says Bull. “It’s things like sheds, the storage facilities and the infrastructure facilities that are placed at convenient and strategic points around the country – this seems to be where the property fund managers are getting excited at the moment and this is where they want their money to be invested, seemingly.”

In spite of new opportunities, uncertainty rattles financial markets and investment managers are hoping for a swift resolution, given the importance of European markets for the profits of a number of UK mega-cap companies.

Aside from trust companies and private clients, Quilter Cheviot also works with hundreds of charities. “As a company, we have a specific charity team who deal with a wide range of charities. They make up a good proportion of our overall assets under management (AuM),” notes Bull. The firm has £23.6 billion (€27.1 billion) under management and charity AuM stood at £1.7 billion as of June 2017.

“With each charity, as with each client, comes a range of different wants and needs and therefore it’s only right that we have a dedicated service for that charity,” says Bull.

Ahead of the curve
As artificial intelligence (AI) becomes more prevalent, it is gradually claiming a stake in the future of investment management after several false starts. Bull pictures how AI can affect two areas in particular: cyber security and big data.

Quilter Cheviot uses next-generation anti-virus software that gives enhanced protection, but is less likely to go down an aggressive data-accumulation route, says Bull. These kinds of anti-virus software are intelligent in that they learn systems and are able to identify threats as they are happening. They can quarantine or remove threats instantly without blanking out genuine client enquiries.

“You start to see the importance of having a reactive anti-virus software that is constantly learning in terms of these attacks,” says Bull. “As we all know, the attacks are on the increase and they’re something that has become part of everyday life, so it filled me with a lot of confidence that we’re ahead of the curve in this sense and it’s very important.”

While technology is playing an ever-more important role in investing, human interaction is critical. For example, says Bull, computers find it harder to pick up on nuances and can also have trouble when it comes to deriving two meanings from one word, which is far less common with humans.

Clients’ risk budgets and return expectations are all taken into account to ensure solid foundations when constructing a portfolio.

Explaining Quilter Cheviot’s approach, he says: “We’re quite conservative and quite straightforward in what we do, and unapologetically, but an awful lot of research goes into what we do and it’s very much a privilege to work on behalf of trust companies and private clients and charities – not just within the island, but increasingly overseas as well.”