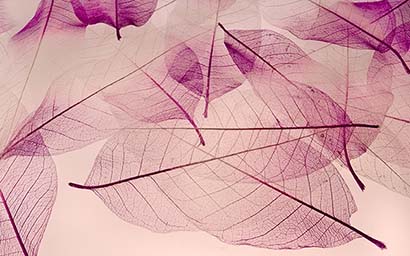 To prevent the abuse of gaps and mismatches in tax rules, jurisdictions around the world are staging a clampdown, writes Romil Patel.

In 2013, the Organisation for Economic Co-operation and Development (OECD), along with G20 governments, set out to recast the international tax system by cracking down on loopholes used by multinational companies “to artificially shift profits to low or no-tax locations where there is little or no economic activity”.

In order to tackle base erosion and profit shifting (BEPS), as it is known, the OECD set out 15 “action items” in 2015. Jersey’s commitment to the initiative was cemented the following year when it became a BEPS associate and member of the BEPS inclusive framework. But what impact has the programme had on Jersey and, more specifically, on the local asset management industry?

Harmful practices
According to Justin Woodhouse, a tax partner at consultancy PwC Channel Islands, BEPS is about “three words: transparency, cohesion and substance”.

Transparency means better information through the automatic exchange of information standard mandated by BEPS, he says, along with clearer information for tax authorities on what people have around the world and country-by-country reporting for multinational groups.

Cohesion means making sure national tax systems fit together in a sensible way that doesn’t produce unintended results that could be seen as exploitative.

Substance aims to pin tax analysis back to the concept that value is created through people on the ground. To be entitled to the benefit of double tax treaties, you need to have substance or a good purpose for being in a particular jurisdiction.

The drive to eliminate tax practices that are viewed as harmful has been welcomed in Jersey as it seeks to inform public opinion of “who we are and what we do”, says Woodhouse.

Jersey has sought to establish its close alliance to BEPS through its early adoption of a raft of initiatives, including the Common Reporting Standard (CRS) for the automatic exchange of financial account information, which aims to prevent cross-border tax evasion.

“We’re in the forefront for things like tax transparency and information exchange,” says Felicia de Laat, a partner at Mourant Ozannes LP. “We are engaging. We don’t want to be a home for harmful tax practices.”

In terms of BEPS specifically, Jersey became the third jurisdiction to ratify the OECD’s Multilateral Instrument (MLI), the process by which countries will be able to implement the OECD’s anti-avoidance measures.

The MLI will modify existing bilateral tax agreements to make them BEPS-compliant, according to gov.je, a Jersey government website, and will impact more than 1,100 tax treaties across the globe.

It is set to come into force on July 1 this year; in February, Slovenia became the fifth country to deposit its instrument of ratification after Austria, the Isle of Man, Jersey and Poland.

OECD secretary-general Angel Gurria hailed the MLI as “a turning point in OECD/G20 efforts to adapt international tax rules to the 21st century”.

Substantive debate
While the overall perception of BEPS is largely positive, the programme does pose challenges, particularly for an island that relies so heavily on the finance sector. (Financial services accounted for 41% of Jersey’s economic growth in 2016.)

There are concerns that BEPS doesn’t take into account the wide range of asset management scenarios and what they mean in practice, and that its focus is more geared towards digital and traditional manufacturing industries.

A major area of uncertainty has been around what constitutes “substance” in the absence of any formal definition. Actions 6 to 10 “intend to align taxation to economic substance and value creation by addressing situations where organisations attempt to obtain the most favourable treaty benefits, by putting in place stronger measures to evaluate where economic substance and value creation occurs”, according to a report by BNY Mellon. But what constitutes substance in the eyes of the asset management industry?

“There is certainly an ongoing debate about what substance means,” says Tim Morgan, a partner at Mourant Ozannes. The difficulty, he explains, is that policies emanate from the EU, OECD and the US with varying definitions.

Different models
The meaning of substance will vary for different types of managers. In the private equity sphere, for example, there could be advisers in other jurisdictions who are close to where the assets are and where the deals are being done, but they would be advising the general partner (GP) based in Jersey, and it is the GP who makes the key decisions when investment proposals are put forward.

“In that model where you’ve got essentially an illiquid asset base with irregular investment decisions being made, it’s been a very natural fit to be able to put the manager or the GP in a jurisdiction like Jersey with a significant amount of expertise to be able to make the ultimate decisions,” says Morgan. “That’s a model that works for private equity or other illiquid asset classes, where the decisions are being made as and when deals come through.”

On the other hand, for a more liquid manager such as a hedge fund, the focus would be on actual trading activity as the manager will need to make decisions on how to deploy the assets and manage the portfolio on a continual basis. Physically basing a team in Jersey might be more applicable in this case.

“You’ve had whole teams moving across, where they’ve wanted to have the actual trading activity happen here as well,” says Morgan.

“Different strategies and asset classes will tend to play out into different models for how a business is structured and how decisions are made... substance will mean different things for different types of assets.”

A political slant?
In November 2017, Jersey’s efforts were recognised in an OECD report, which rated the jurisdiction as fully “compliant” – the highest rating available – in ten areas relating to tax transparency and information exchange. Indeed, Daniel O’Connor, a partner at law firm Carey Olsen, says Jersey is “on board” not only with BEPS, but “with all international initiatives to make the world a better place in terms of money laundering or tax transparency”.

The following month, however, in what was dubbed a “grey list”, the EU’s Economic and Financial Affairs Council (Ecofin) identified Jersey (along with Bermuda, the Cayman Islands, Guernsey, the Isle of Man and Vanuatu) as being associated with the “existence of tax regimes that facilitate offshore structures which attract profits without real economic activity”.

While Jersey has committed to addressing the concerns around substance by the end of 2018, there is a view that the list is motivated by political objectives. “In light of Brexit,” says Morgan, “you’ve got some very clear policy objectives from the EU to try to move financial services businesses into EU centres which might have traditionally been done in centres such as Jersey or indeed London.”

He says there are “clearly political factors” involved in the creation of the EU list and that it is “interesting” that the EU work on substance appears to have excluded any analysis of Jersey’s competitor jurisdictions that happen to be member states.

Morgan’s comments reflect a general frustration in Jersey that jurisdictions such as Ireland and Luxembourg seem to be immune from the kind of scrutiny that is often directed at the Channel Islands.

“We work extremely well with EU jurisdictions and with regulators, but when it comes to EU policy-making, sometimes we just have to accept that we do need to go an extra mile,” he adds.

Ben Dixon, general counsel at Systematica Investments, puts the EU’s actions into perspective. “Obviously the grey listing was something to be addressed by Jersey, but if you look at some of the other countries on that grey list, there’s some significant countries on there,” he says.

“I don’t think it should be understood with perhaps as much of a negative connotation as some commentators have given it.”