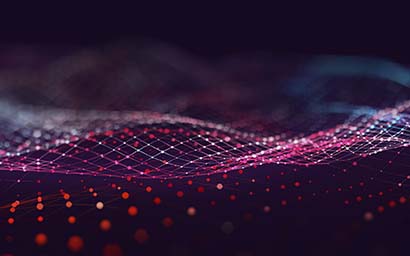 Asset classes such as private equity and real estate are on the rise and Jersey is a key player. Romil Patel looks at the island’s industry.

With global assets under management set to reach $145 trillion (€118 trillion) by 2025, all eyes are on alternatives, which are expected to account for 15% of the total, according to a 2018 report by consultancy PwC.

While alternatives currently make up only 10% of assets, approximately, they contribute 30% of industry revenues, according to a study published by Oliver Wyman and Morgan Stanley. What’s more, Oliver Wyman believes “the revenue share could grow to about 40% by 2025”, which helps explain the rising popularity of alternative asset classes among fund managers.

So what’s behind the acceleration towards alternatives, which are now an essential component of a well-diversified portfolio, and how is Jersey positioned to capitalise on this boom?

Explosion of interest
Jersey administers an estimated £246 billion (€283 billion) in funds, of which around 16% comes from pension fund assets and about 6% from other tax-exempt institutional investors such as sovereign wealth funds, a 2017 report by Europe Economics found.

“We see funds across the spectrum – from private equity, real estate, infrastructure, hedge funds, debt funds and credit funds,” says Fiona Le Poidevin, chief executive officer of The International Stock Exchange (TISE), formerly known as the Channel Islands Securities Exchange, which is based in Guernsey and has an office in Jersey. “We have the whole range both on the exchange and in the island.”

As the search for yield in the current climate of low interest rates continues, asset managers face the challenge of meeting the rising expectations of an ageing global population. The alternative funds on offer in Jersey are not being overlooked by institutional investors from around the world.

Politics also plays a role. Jersey’s political and geographical location means that it is in prime position to sniff out and pounce on Brexit-related opportunities, as evidenced by the boom in real estate investment trusts (Reits) in the immediate aftermath of the UK’s decision to leave the EU.

Introduced in the UK in 2007, Reits have enjoyed “an explosion” of interest since the referendum vote. “When the vote happened on June 23 [2016], that had a currency devaluation effect, therefore UK property to the international investor was effectively at a 15%-20% discount,” says Le Poidevin. “Lots of international money piled in.”

Jersey is often host to institutional Reits backed by a small number of large institutions, such as pension funds, insurance companies and sovereign wealth funds, she adds.

Sometimes these include co-investments from the US, the Middle East, Africa and elsewhere. “The Reits business is truly international in terms of its investor base,” says Le Poidevin.

“A Reit itself has to be UK tax resident, but there are a lot of advantages to using Jersey, not only for the listing on TISE, but also the expertise of using a Jersey vehicle which then takes advantage of the local auditors with real estate experience, the corporate service providers providing the administration and so on.”

As Jersey is classed as a third country, its financial services industry has a certain degree of padding from Brexit. The island’s market access rights are not expected to be impacted as it is neither a part of the UK nor the EU and has independent bilateral agreements with the bloc.

As a Crown dependency, however, it still faces uncertainty as Brexit negotiations rattle on. The outcome will have an impact on how the EU will partner with other jurisdictions and domiciles, including Jersey.

Global competition
Offering attractive fund structures is just one half of the battle. Jersey is not the only offshore jurisdiction – and tapping into opportunities in emerging markets could be key as competition ramps up.

Dirk Holz, head of origination and business development, private capital services at RBC Investor & Treasury Services, says Asia will see exponential growth over the next five to 15 years. “There will be a lot of new wealth created,” he says. “And the wealth will for sure not only be invested locally. Asian investors are also looking globally for diversification purposes and this might be structured via Jersey.”

However, “Jersey is in competition with other jurisdictions.” Regulators there and elsewhere are trying to offer the right model to meet the needs of institutional investors.

Jersey’s structures as of today means that it is “well-positioned” to attract new business, but the island will always face rivalry from other centres around the world. “If you look globally, the leading jurisdictions are still Delaware and Cayman [Islands], then Luxembourg, then you have Ireland and then comes Jersey,” says Holz.

For some managers, jurisdictions with lighter regulation, such as the Cayman Islands, will always be more attractive (around 85% of the world’s hedge funds are domiciled in the Caymans, according to law firm Mourant Ozannes). Many others, however, would prefer to use onshore European jurisdictions for regulation and transparency standards – a key consideration of many large investors.

“The other thing is they have expectations of return and what we’re facilitating is a transparent approach, which means the recipient of the returns paying tax in their jurisdiction.”

Hybrid system
The island’s geographic location means that it is strategically placed to do business both with the UK and the EU, but with Brexit on the horizon, Jersey’s hybrid system could prove to be a key draw for alternative fund managers seeking European money.

Outside of the EU, Jersey has always been considered a ‘third country’. It has relied on national private placement regimes (NPPRs) allowing Jersey-domiciled funds be marketed into certain European jurisdictions, providing Jersey complies with local regulations.

Brexit has put Jersey’s bid for a third-country passport on ice, which is not what it wanted; however, the performance of existing structures means that many are unfazed.

“Jersey is one of the first in line for a passport when the EU gets around to handing them out,” says Felicia de Laat, a partner at Mourant Ozannes LP. “But to be honest, the NPPR works very well. It’s generally a very smooth process and the statistics show that the bulk of the investors fund promoters want to target are based usually in jurisdictions such as the UK, the Netherlands, Germany or Denmark, so in many cases there’s a handful of jurisdictions to which fund promoters would particularly like access and the NPPR processes in those jurisdictions are good.”

In spite of the rosy picture, Jersey must exercise caution. Under the Alternative Investment Fund Managers Directive (AIFMD), the European Commission could decide that third countries no longer need to be passported into Europe.

A worrying scenario might play out in which the NPPRs were switched off. The legislators who drew up the AIFMD hoped the new directive would ultimately replace them. Should the NPPRs no longer be a solution to access European money, Jersey and similar jurisdictions will need to ensure they have the same controls and checks as required under the AIFMD – and thereby obtain an AIFMD passport.

Island of opportunity?
Fund managers looking for new opportunities will consider a range of professional and personal factors before making a move to any jurisdiction, but what makes Jersey an attractive launchpad?

“We’ve got a wide range of fund regimes here, so everything from the private end – the Jersey private fund regime – right up to the most regulated fund,” says de Laat.

“The Jersey private fund regime space is a space in which newer managers or start-up managers, clubs and joint venture arrangements can launch their first fund and get the expertise and track record that they need. It’s a very friendly environment to set up a fund and to nurture your fund business.”