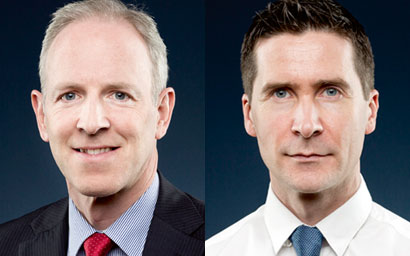 In the past year, the biggest developments for Jersey’s funds sector arose from the ongoing tripartite initiative between Jersey’s government, the Jersey Financial Services Commission (JFSC) and funds industry participants to streamline and enhance the Jersey funds regime.

The purpose of the initiative is to simplify Jersey’s funds legislation and regulatory process, allowing flexibility and innovation, while retaining an appropriate regulated environment.

The most exciting Phase I news is the proposal to simplify Jersey’s variety of existing private funds regimes into a single regime for private funds (being those offered to 50 or fewer investors) and remove the historic complexity which applied in that space.

Under the new, simplified private funds regime, which is just being launched:

• All funds promoted to 50 or fewer investors will be dealt with under one, simple regime.
• The regulatory framework will be consistent across the private funds space, simplifying the regime, and making the regime more understandable, while ensuring that, whichever of the previous regimes have been used, there should be no difficulty in meeting the criteria of the new regime.
• Private funds will be able to be promoted to all professional and other eligible investors, with the eligibility criteria being both straightforward and relatively broad: for example allowing investment by any person whose ordinary business is managing, holding or advising on investments, by persons who can meet asset or investment thresholds (including, for example, any person making an investment of at least £250,000), as well as a variety of ancillary eligible persons.
• The features and operation of private funds will be relatively unconstrained, with a variety of legal vehicles being able to be used, funds being able to be closed or open-ended, requirements for Jersey nexus being relaxed, and offering documents being permitted, but not required.
• Fast-track 48-hour regulatory approval for funds will become standard, with no prior approval of promoters being required, and pre-approval for key persons also no longer being required.
• Alongside the various elements of regulatory flexibility (including the disapplication of certain codes of practice and other peripheral regulatory policies), appropriate regulatory control will be maintained. This will be achieved through a requirement for a Jersey-regulated “designated service provider” to be appointed to all private funds, through appropriate reporting requirements being imposed, and through supervision and enforcement powers being available if required – thus achieving a balance of flexibility and appropriate regulation.

STREAMLINED
The objective is clear: a simplified and streamlined regime that allows Jersey to compete in the fast-evolving international funds landscape, with appropriate regulatory supervision being maintained.

As work on enhancing Jersey’s funds regime progresses to the arena of public funds, one can expect that the same principles of simplicity combined with appropriate service provider-focused regulation will be applied.

As such, it would come as no surprise if the next iteration of Jersey’s regulatory development were the creation of Jersey-registered alternative investment funds enabling speed to market, through regulation being focused on the managers of such funds, rather than the fund products themselves.