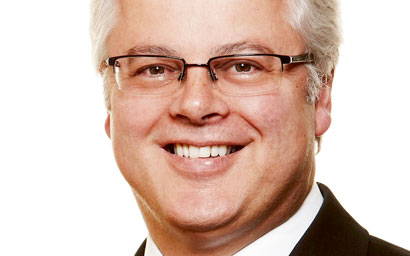 The chief executive of Jersey Finance is keen to portray the island as a stable, trustworthy jurisdiction. He talks to George Mitton.

A former head of wealth management for HSBC, Geoff Cook first came to work in Jersey some 15 years ago. His career caused him to leave soon after but his family, who liked the island’s lifestyle, stayed, and in time he returned too, taking up his current position in 2007 as chief executive of Jersey Finance, the government body that promotes the island’s financial sector.

It was not auspicious timing to begin a new job in financial services. The global financial crisis shook the confidence of alternative fund managers, which have tended to be the main asset manager clients of the island.

“Interest in moving here slowed,” he recalls. “When investors are in a period of instability, they tend not to make big decisions. We saw a flat period.”

But the drought did not last and, as hedge funds, private equity and real estate investment firms recovered from the crisis, so did appetite for Jersey-domiciled vehicles.

ARRIVALS
Since the end of the financial crisis, Cook has noted a number of trends in Jersey’s alternative funds sector. One is the move for private equity firms to situate more of their operations on the island, or in the parlance of the industry, to put ‘greater substance’ in Jersey.

It is a trend driven, at least in part, by regulation. The OECD’s initiative on base erosion and profit shifting (BEPS), to give one example, seeks to challenge corporate tax avoidance by requiring tax to be paid in jurisdictions where “economic substance” can be demonstrated. To avoid falling foul of this and other regulations, a number of private equity firms have chosen to locate managers and governance functions on Jersey. It is an alternative to hosting private equity funds within a service provider on a managed basis, says Cook, and means, the funds “can demonstrate they have control”.

Another trend has been the growth in the hedge fund sector. As with the private equity firms, an increasing number of hedge funds are putting physical presence on the island, he says. Brevan Howard is based there (though its funds are domiciled in the Cayman Islands), while BlueCrest Capital Management moved its Channel Islands office from Guernsey to Jersey in 2014.

Cook says the growth reflects Jersey’s expertise in sectors such as fund administration and law. “What made it happen is an effort to engage with and educate the sector about what we have to offer,” he says.

REGULATION-LITE
There are other factors drawing fund managers to Jersey. With rules such as the Alternative Investment Fund Managers Directive (AIFMD), European regulators have in recent years sought to limit fund manager pay and control the amount of debt that alternative fund managers can take on in their funds. Jersey has benefited as certain funds, finding this regulation onerous, have decided to leave the European Union, preferring to be regulated more lightly by the Jersey Financial Services Commission (see box).

Cook’s pitch to these fund managers is that, if they want, they can opt-in to Jersey’s equivalent AIFMD regime. But, if their investor base is primarily outside of the European Union, they are free to ignore the AIFMD entirely.

Of course, offshore jurisdictions themselves have had a rocky ride in the past few years, in terms of public opinion at least. The Panama Papers leak was the most visible stirring of outrage against jurisdictions with a reputation for secrecy. Cook admits the scandal “did create noise in the system and unsettle people”.

Jersey has long had its critics, who say the island’s accommodating fiscal system allows wealthy people to evade tax that ought to be paid elsewhere. A persistent critic is a former economic adviser to Jersey, John Christensen, whose campaigning organisation, the Tax Justice Network, regards Jersey as “a secrecy jurisdiction... a threat to global good financial governance”.

Cook’s response to these criticisms is to highlight the work Jersey has already done to improve transparency, such as its participation in the Common Reporting Standard. In a recent letter to the Financial Times, he argued that in some respects, Jersey’s initiatives on transparency exceed those of the UK.

Jersey’s fundamental proposition, however, is stability. Cook says the island offers a regulatory regime that is clear and simple, with no surprises. This, in effect, is how he explains the island’s appeal to fund managers. “It’s a steady sort of place,” he says.