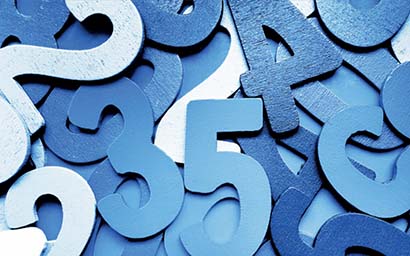 Stability has become a key selection criterion for alternative asset managers, and Jersey, where 89% of assets are now in alternative funds, has positioned itself as a stable haven.

For this webinar, Funds Europe’s contributing editor, Fiona Rintoul, was joined by a panel of five Jersey-based experts to discuss domicile choices in challenging times in the context of the Jersey experience.

“In Jersey, financial services are the bedrock of our economy,” he said. “Our default is stability, both political stability and fiscal stability. Further, we have always been early adopters of new regulatory requirements and offer a minimal-change outlook from a regulatory, legal and economic perspective.”

Subsequently, Refson pointed to a recent IFI Global survey, in which all investors surveyed and 61% of managers and advisers noted that environmental, social and governance (ESG) criteria will play an increasing role in fund domiciliation and service provider selection.

Thanks to work by the Jersey government and regulator, as well as the Jersey for Good project led by Jersey Finance, which aims to accelerate the journey to a sustainable future leading up to 2030, Jersey could benefit from this.

“Our funds industry needs to lead from the front, and this has to be credible,” said Refson. “The Jersey Fund for a Wilder World scheme has been designed with this in mind.”

Tax stability
Answering a later question about fiscal stability, Martin Rowley added that Jersey’s political system meant there were no sudden changes of government, such as happen in the UK and USA. This created a greater degree of tax stability than is typically found elsewhere.

“In a jurisdiction such as Jersey, there isn’t a risk of overnight fundamental change when a new party takes over,” he said, adding that Jersey’s willingness to engage on tax transparency issues added to its appeal as a stable jurisdiction.

Stability’s importance has increased in recent years because of the many disruptors in the marketplace. Lisa McClure outlined some of the most important ones, including climate change, cross-border competition and cyber security. Digital transformation had accelerated “almost overnight” because of the pandemic, she noted, creating brand-defining – and brand-ruining – opportunities. One of the keys to tackling these disruptors was having the right people.

“The pandemic has exposed people and the war around talent,” she said, observing that upskilling talent was a key challenge for companies.

Alex Di Santo also saw cyber security as a growing concern for alternative asset managers, particularly since the pandemic. This has led to a sharper focus on due diligence and operational efficiency, while the emphasis on ESG, which has also been accelerated by the pandemic, has increased data demands on general partners (GPs). Technology is a big part of the solution.

“GPs are investing in technology in their own right or are engaging service providers that can provide them with a tech solution,” Di Santo said.

Examples of this investment include secure digital portals to communicate with investors and digital signing and onboarding. When it comes to domicile selection, clients are now looking for domiciles that are at the forefront of the tech revolution, Di Santo said.

This development is intimately connected with the topic of innovation, which Leanne Wallser addressed later in the webinar. She noted that regulatory innovations allowing greater use of technology had helped business to continue as normal in Jersey during the pandemic, while island-based service providers were also innovating to meet increasing demand for ESG reporting.

New thinking
Overall, the ability to innovate was important for resilience, which the panellists all agreed involved flexibility and new thinking in the face of the disruptors outlined by McClure.

“Jersey has proven itself throughout global recessions to be resilient,” said Wallser. “This means striking a careful balance between stability on the tax and regulatory side and the need for innovation in our product lines and our tech capabilities – and staying aligned with investor and manager needs and aspirations.”

Striking that balance was possible only when government, the regulator and different sectors within the finance industry worked together, she added. “Our clients place a level of trust in Jersey’s regulatory framework.”

Simplicity and a light touch, mentioned earlier in the webinar by Wallser, were key to building that trust in the regulatory and tax regime. Rowley, who emphasised the importance of strong administration and enforcement from the regulator, agreed that exemptions and hybrids created confusion. He offered the example of an instrument being treated as debt in one jurisdiction and equity in another.

“Jersey doesn’t have to rely on that,” he said. “The availability of different vehicles that are bespoke to different asset classes is critical, but then making sure there is mitigation of any potential tax leakage relevant to those vehicles is the real trick.”

Meanwhile, Refson highlighted the importance of infrastructure, which underpinned all else.

Unchanged relationship
The webinar also addressed the topic of market access in the light of the Alternative Investment Fund Managers Directive (AIFMD) and Brexit. Wallser noted that the basis of Jersey’s relationship with both the UK and the European Union (EU) was relatively unchanged by Brexit, with Jersey’s EU access based on bilateral agreements that are independent of the UK’s relationship with the EU.

For many funds, it had been business as usual since Brexit, she said, with several large funds closing through Jersey. Post-Brexit, the flexibility that vehicles such as the Jersey Private Fund have to switch EU marketing requirements on or off was more important than ever.

“I think one of the things our clients like about Jersey is the flexibility around the AIFMD regime,” she said.

Looking to the future, key challenges outlined by the panellists included responding to increased regulation without passing on costs to clients. But for Di Santo, the overriding challenge both for his clients and for service providers was sourcing, retaining and incentivising talent.

“The alternatives space is continuing to grow increasingly complex,” he said. “It’s about making sure we bring in talent for the future and continue to invest in people.”

Watch the "Resilience and Stability in an Evolving Alternatives Landscape" webinar here.