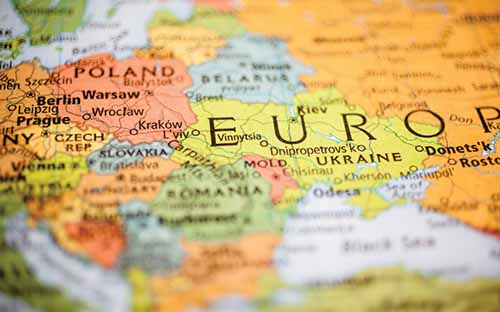 The Czech Republic has seen strong growth in funds and Bulgaria could follow this year – but in general, the CEE funds industry is at differing stages of development, finds Fiona Rintoul.

The Central and Eastern European (CEE) markets tend to be lumped together, though there is often little to connect them other than a shared experience of communism – and sometimes not even that. Should we include Greece? What about Austria? Or East Germany?

In a fund management context, CEE tends to mean the new European member states from the former Ostbloc, but even then, there are perplexing variances. The Czech, Hungarian, Bulgarian, Slovakian and Romanian fund associations are members of Efama (the European Fund and Asset Management Association), for example, but the Polish and Baltic states associations are not, though the Polish association contributes statistics.

“The region is diverse and many markets in CEE are at various stages of development within the asset management industry,” explains Borno Janekovic, chief executive of Templeton Asset Management (Poland) TFI S.A.

Growth in AuM in the Czech Republic built on a strong decade of growth. According to Jana Brodani, executive director of the Czech Capital Market Association, AuM more than doubled in the decade since the 2008 crisis, with retail investment growing faster than institutional investment, rising from 75% of total investments in 2013 to 85% in 2020.

“In the Czech Republic, the key driver for the increasing investments into investment funds is the non-existence of pension reform,” says Brodani. “Therefore, investors focus on individual pension solutions, especially regular-investment schemes.”

This development is mirrored in the likes of the Bulgarian market, where Daniel Ganev, chief executive of Karoll Capital Management, expects savings plans “to shoot up this year”.

Mostly sold through bank distribution channels, these plans answer the need for long-term retirement savings as state pension systems fail. This dynamic also helps to explain another development: the rise of discretionary accounts in wealth management.

“Before, people picked particular funds or themes; now it’s actually quite the opposite,” says Ganev. “They want overall discretionary management of the portfolio.”

Competing with the state
In Hungary, by contrast, Sándor Vizkeleti, country chief executive of Amundi Asset Management and president of BAMOSZ, the Hungarian fund association, says “strong competition from the state itself” has hampered investment fund AuM growth, certainly in the past year. Right now, this competition takes the form of a five-year government bond that is available to retail investors only.

The bond is tax-free and fully liquid, with a redemption charge of just 25 basis points. It offers a net return of 3.5% a year, rising by 0.5% each year the bond is held.

Hungarian retail investors poured into the state bond to the tune of 2,000 billion Hungarian forints (€5.9 billion) in the second half of 2019 – more than even the Hungarian government had anticipated. About half of this money came from investment in existing state bonds, but the other half came from cash, mutual funds, insurance products and time deposits. “The new offer cannibalised time deposits and mutual funds,” says Vizkeleti. “Low-risk products were killed by this.”

In Poland, too, industry growth has slowed, with AuM now at the same level as 2016. Janekovic puts this down to scandals within Polish fund houses in recent years, which mean that investors did not get the returns they were promised. “These issues surrounding fraud and money mismanagement consequently made people lose trust in local fund houses,” he says. “Having proper risk management tools is therefore increasingly key to promoting trust in the market.”

In Hungary, where net sales of mutual funds were negative last year because of the state bond, the local mutual fund industry has had to recalibrate. It now focuses on riskier products and “storytelling products”, including environmental, social and governance (ESG) investments.

“ESG products are becoming more and more popular in the local market,” says Vizkeleti. “We can also tell customers that they should diversify their savings.”

In Poland, Janekovic sees an “uptick in socially responsible or green investing” too. Other trends include rising demand for buy-and-hold products, as well as exchange-traded funds (ETFs).

“Retail clients across Poland, Hungary and the Czech Republic are increasingly interested in products that offer predictable income and stability, given the ongoing volatility that persists in global financial markets,” says Janekovic.

Regulatory initiatives in Hungary to increase fee transparency have fuelled investors’ demand for ETFs. In Poland, PZU launched an online platform named inPZU.pl in 2018 with a range of passive index funds that track both local and international markets. Shortly afterwards, ETFs by Beta Securities started to trade on the Warsaw Stock Exchange.

In many markets, ETFs feed institutional demand. Pension funds use them for global exposure, according to Ganev, targeting regions such as China or certain thematic strategies that otherwise are “hardly accessible”. They provide a particularly important tool in Bulgaria and some other CEE markets because “mandates are not something the legislation allows”.

“Pension funds must invest in funds directly,” says Ganev. “They cannot outsource mandates. That is the case in many CEE countries.”

In Bulgaria at least, this has benefited foreign asset managers, which can sell their funds directly to institutional investors through a local representative or distributor.

“It is relatively easy for foreign asset managers to sell Ucits funds in Bulgaria,” says Petko Krustev, chairman of the management board of BAAMC, the Bulgarian fund association.

The situation is reversed in the Czech Republic. There, local investment funds have grown faster, rising from 50% of total investments into funds in 2008, to 63% currently. However, sales of cross-border funds are still strong.

In Poland, by contrast, penetration is relatively low, though most banks have open architecture in their private or premium section. In Hungary, too, most savings are in local currency, and the market is dominated by local asset managers. Foreign funds are typically only sold by asset managers that have a local presence or that work with a local asset manager to create a wrapper.

Investment knowledge gap
The pension fund situation in Hungary is different from other CEE markets too. Hungarian pension funds typically do work with the asset management industry through mandates, says Vizkeleti, and there is pressure from the regulatory authority for pension funds to invest in securities directly.

“If they buy collective funds, they have to show it was a cost-effective solution,” he says.

Hungarian voluntary pension funds, which had good performance last year and have 1.1 million members, have also been weighed upon by the removal of tax advantages in recent years. Since then, there have been fewer new members and the age of members has grown. “The younger generation is not so well informed,” says Vizkeleti.

Financial education is an issue in the all the CEE markets – as it is in Western European markets, too. Janekovic says: “We still believe there is a knowledge gap when it comes to investing and see this as an opportunity to educate the local Polish investor base about saving for one’s retirement and the merits of vehicles like mutual funds.

“We still think that asset managers are not perceived as a tool for retirement savings or growing your wealth.”

A newly created third-pillar auto-enrolment scheme named PPK may help to change this in Poland, where the amount currently invested in funds is still small (50 billion zloty/€11.6 billion), including unit-linked and second-pillar pension funds) compared to other term deposits (880 billion zloty). And across the CEE region, there are huge opportunities because penetration is low – even if it comes with big challenges, such as improving financial literacy, pressure on margins and dealing with an increasing regulatory burden.

“One of the main obstacles for potential new players in the market is the excessive regulatory burden, coming mostly from the EU,” says Brodani. “This should be also taken very seriously with regards to the current discussions on the Capital Markets Union.”

These burdens may also help to explain the absence of an asset management export industry in CEE. With a handful of exceptions, CEE asset managers do not share their expertise internationally. However, recent developments at Karoll Capital Management hint at a new future. The Bulgarian firm, which already sells its emerging Europe product in the CEE region and internationally, is engaged in a project to offer its funds through a master-feeder product in South Korea working with Hyundai Asset Management.