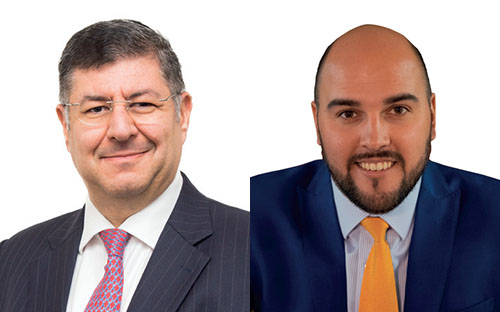 While Brexit continues to cast general uncertainty over financial services, the Gibraltar Funds and Investment Association (GFIA) believes that Brexit is likely to have little negative impact on Gibraltar’s fund industry and could even improve Gibraltar’s rankings in the international arena.

In the alternatives space, Gibraltar’s primary fund regime is the experienced investor fund (EIF) and the private scheme (private fund). Both products are born out of domestic legislation, predate EU legislation on alternative investment funds will remain unchanged post-Brexit. The large majority of funds established in Gibraltar remain out of scope of the EU’s Alternative Investment Fund Managers Directive (AIFMD), primarily by structuring themselves as self-managed and ensuring assets under management do not exceed €100 million, or €500 million in the case of certain closed-ended funds..

The reality is that with the advent of AIFMD, many of those funds in Europe that could restructure to avoid the onerous regulation imposed by the directive did just that. Post-Brexit, assuming the financial services passport is not retained, a Gibraltar fund will not fall within the scope of AIFMD unless it purposely structures itself to access the EU market (e.g. by appointing an EU fund manager or marketing itself in the EU).

This puts Gibraltar’s fund products back on a level playing field with the likes of the Channel Islands and the Caribbean jurisdictions but with the added benefit of the possibility of a pre-authorisation fund launch, a professional services sector that understands the industry and an appealing tax regime which stems from domestic law and will remain unchanged.

As they do now, EIFs and private funds may wish to promote in the EU using the national private placement regimes available for funds that are out of scope of AIFMD. Brexit does not change this. In the retail funds space, the directives on undertakings for collective investments in transferrable securities (Ucits) have had a very different industry adoption and Ucits have become the benchmark for retail funds on a global scale. Gibraltar will be maintaining its Ucits regime.

A small number of EU jurisdictions have become the ‘go-to’ for the domiciliation of Ucits. There is a very large number of Ucits domiciled in those jurisdictions which are in turn UK-facing and raise investment in the UK. If we assume a hard Brexit, it will no longer be possible for those Ucits to be passported into the UK.

Post-Brexit, access to the UK from most jurisdictions is likely to be more cumbersome. Under a bilateral Gibraltar-UK agreement and ensuing legislation called the ‘Gibraltar Order’, it is possible to passport financial services between the two jurisdictions. This legislation is not EU-driven and will survive any form of Brexit. Therefore, the single market created between Gibraltar and the UK puts the Gibraltar product at a huge advantage when compared to any other jurisdiction if access to the UK is a must.

A Gibraltar Ucits post-Brexit will have UK access under the Gibraltar-UK single market, and this represents a huge opportunity for Gibraltar. Gibraltar could become a unique proposition for both the alternatives and retail fund markets.

James Lasry and Jay Gomez are the chairman and deputy chairman, respectively, of the GFIA