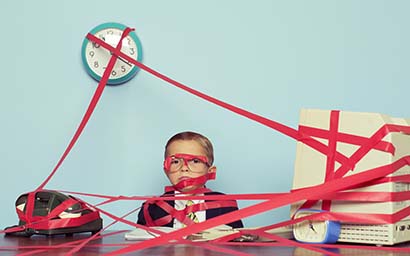 It’s seen as far too complex, and ripe for digital disruption, but the transfer agency function is still going strong. Nick Fitzpatrick examines why.

Transfer agency is like a giant bureaucracy, hindering fund providers who want to lower their costs.

Transfer agency also seems to be one of the hardest functions in funds to make more efficient, partly because multiple legacy systems are a standard operating model for many global TAs.

Another problem is the need to continually reintroduce information. The holy grail of a central clearing house for people’s identities (which would eradicate duplicate checks of the same individuals’ identities or eligibilities) has eluded Europe, where a complex cross-border market exists. Similarly, some TAs are still working to establish a single digital investor record so that multiple identity checks and onboarding of the same investor does not need to happen whenever a client invests in a new fund or domicile.

Fund managers have increasingly outsourced the low-margin, high-volume TA ‘headache’ to fund administrators. Following its acquisition of Legg Mason in 2020, Franklin Templeton’s recent deal to outsource its global TA to FIS, a major tech provider to financial firms, is seen as especially noteworthy.

As a result of the outsourcing, about 1,450 of the fund manager’s employees were offered jobs at FIS – a figure that illustrates TA’s high headcount. Prior to the Legg Mason acquisition, Franklin’s entire workforce was around 9,600 at the end of September 2019.

The importance of the FIS deal stems from the fact that fund managers who keep their TA in-house argue that it is an important touchpoint with their customers. They see the TA as a boutique service and are wary of the ‘factory approach’ image that third-party providers suffer from.

Despite its difficulties, however, third-party fund administrators have absorbed transfer agency into their business, viewing it almost as a good problem to have. As third-party transfer agency brings the TA close to the fund manager’s clients, it brings the TA closer to the fund manager too. In other words, if you keep TA running well, all the other investor-servicing work behind it – such as fund accounting and custody – will remain in place.

Given this key strategic linkage for all parties, it is surprising that TA is often said to be underinvested and underdeveloped. Attempts to simplify TA have been piecemeal at best, for a number of reasons.

For example, it’s often said that within asset servicing – the industry of outsourced investor services to which third-party TA belongs – competing interests have prevented interoperability (and therefore cooperation) between providers. Keeping the TA function complicated (by not using standard identifiers that could speed up transaction processing, say) makes it hard and expensive for asset managers to change providers, as they have become so wired into their incumbent asset servicers’ processes.

A second reason is not down to the TAs, but to regulators, who since the turn of the century have created increasingly burdensome ID checks to prevent money laundering, tax avoidance and terrorist financing.

Domestic and regional differences between laws and other practices have made it extremely difficult for fund managers to consolidate TA systems. Again, third parties have attempted this: examples include tech vendors that sell platforms to fund managers who carry out TA internally, and asset servicers that offer full-blown outsourced solutions.

Some observers hoped that the funds industry’s adoption of blockchain would revolutionise TA – perhaps even destroy it. Champions of this digital ledger technology anticipated some form of natural deselection of transfer agency from the fund environment.

Blockchain’s centralised yet distributed database offers multiple access to parties and instant reconciliation of data. This supersedes the old method of reconciling multiple databases, a process across time zones that could take hours every time one piece of data changes. In turn, there’s no need for so many people to function as links in the chain, sometimes making mistakes in the process.

The first sign of a revolutionary transformation came in January 2018, when Paris-based Iznes announced that a fund transaction had taken place on blockchain without the need for a TA. Blockchain allowed fund managers to connect directly with the record-keeping platform.

Yet despite the removal of the TA and the exponential rate of technological change experienced these days, four years later TA remains in place across the funds industry. Far from rejecting it, large third-party fund administrators will insist on performing the TA function for each fund administration mandate they win. Meanwhile, software vendors are still making money trying to simplify the TA function.

A sure sign of the longevity of TA is that other fund transactions on blockchain have actually included TAs. Our own annual Funds Europe Awards acknowledge TA’s ongoing importance too, most recently naming RBC Investor & Treasury Services (RBC I&TS) as best TA provider.

Ronan Doyle, who heads up that company’s TA business, previously spoke about TAs and blockchain with Funds Europe’s sister publication, FundsTech. “The TA role is often seen as focused on trading and clearing and settlement rather than investor interaction,” he said. “We spend a lot of time dealing with the clients of our clients – such as the onboarding process. This is difficult to replicate on a blockchain, especially for cross-border funds involving multiple jurisdictions.” (See funds-tech.com, Winter 2020)

If anything, TAs watch developments in distributed ledger technology not with trepidation, but with interest.

Voluminous data
One thing that prevents traditional transfer agency from disappearing, and in fact makes it valuable, is the data it generates. A TA’s data provides asset managers with trend information that can inform investment decisions.

As far back as 2011, Gert Rautenberg, then managing director with responsibility for transfer agency and fund solutions at Brown Brothers Harriman (now chief commercial officer at Acolin Group), told Funds Europe: “Generally, TA has been about administration support, registrations and record-keeping. But if it becomes something more focused on distribution support, this may change and the remuneration model may change as a result.

This vision has become more like reality for TAs since then. Data has given TA a new lease of life, notwithstanding the enormous problem of data management that accompanies it.

Data may even be keeping the blockchain wolf from the door. Indeed, some people have questioned the application of blockchain to transfer agency at a time of heightened data security.

In the September 2018 issue of Funds Europe, Paul Stillabower, global head of product management at RBC I&TS, said: “The challenge with the TA process is that despite the fact it has some inefficient touch points and manual intervention, there is so much investor data embedded in the service that it cannot be put on a DLT unless the technology is absolutely foolproof. Any security concerns are unacceptable.”

These issues of cybersecurity are arguably magnified as hackers become more targeted. As transfer agency and connected asset management operations lean into cloud-only technology models, cybersecurity best practice is becoming more critical than ever, says Mash Patel, founder of fundtech firm Kurtosys. The use of cloud technologies is becoming the norm and asset management organisations have accelerated adoption of the cloud in recent years as the underlying theme to their digital transformation strategies. In January 2021 Pimco, Man Group, State Street and others started to work with Microsoft to form Hub, a company that is building a cloud-based asset management operating platform.

TAs hold extensive information including details about beneficial owners and what they own. Patel says that in an industry increasingly conscious of sustainability and transparency (particularly after very visible participation in COP26), details of those holdings will be interesting to hackers. Exploitation of this type of information now carries potential for all forms of unwanted activity.

Transfer agency has been under attack, but has survived. Perhaps it won’t be blockchain that finishes the job, but an attack from the cybersphere.

Cyber security is the latest and perhaps the most serious challenge, not just because of financially motivated crime, but because hacktivists could expose asset managers’ questionable investments. That said, transfer agency wouldn’t be what it is without a complex challenge to face!