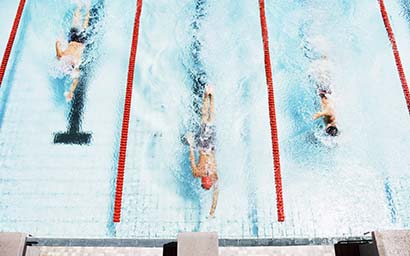 The EU might want more clearing business to migrate from the UK, but markets will decide in the end, finds David Whitehouse.

European Union attempts to reduce dependence on UK central counterparties (CCPs), and encourage the movement of clearing business from the UK to the EU, face obstacles that its regulators won’t be able to overcome alone.

CCPs, also known as clearers, are the institutions that guarantee trades between two parties. The EU’s expected extension this year of temporary recognition of UK CCPs is likely to be the last, says Cécile Nagel, CEO of the Anglo-Dutch clearing house EuroCCP. European authorities want to see “concrete steps” on migration from the UK to the EU, Nagel says.

So far there has not been much CCP movement between the UK and the EU due to mutual temporary recognitions. The EU’s recognition of UK CCPs will expire in June, and the industry expects that it will be extended, Nagel says. “A cliff-edge scenario” wouldn’t be good for anyone, she adds. “It’s in everyone’s interests to find a good solution for the market.”

A final extension could be for months or years, Nagel says. “It does take time to build clearing capabilities.”

CCP business has grown worldwide since mandatory central clearing of over-the-counter derivative transactions was introduced in response to the 2008 financial crisis. The aim is to reduce systemic risk if a counterparty to a derivatives contract defaults on the deal, and CCPs are designed to withstand simultaneous default by their two largest clearing members. Brexit has highlighted the extent to which the EU’s financial system depends on UK-based CCPs.

EuroCCP currently has temporary recognition from the Bank of England (BoE) which runs until the end of 2023. The firm has applied for permanent BoE recognition and is in an ongoing consultation process with the central bank. Meanwhile, Nagel is aiming to grow EuroCCP’s business with new business lines. The company started clearing equity derivatives in September with six European indices, and plans to add more. Clearing for single stock options is also on the agenda, she says.

The firm also started clearing ETFs at the end of 2021. About 70% of ETF activity is uncleared, Nagel says. She is working with issuers such as BlackRock and Tradeweb to facilitate central clearing. “We are looking to grow that business.” EuroCCP is owned by the US company Cboe.

Esma review
The European Securities and Markets Authority (Esma) in December published a review that identified “several scenarios” in which the two CCPs in the UK may “potentially pose a financial stability risk” to the EU or individual member states. These are SwapClear of LCH for interest-rate derivatives denominated in euro and Polish zloty, as well as the euro-denominated credit default swaps and the short-term interest rate derivatives services of ICE Clear Europe.

Even so, Esma advised that the European Commission should not derecognise the CCPs – known by Esma as “Tier 2 CCPs” – or their services at this point because “the costs of derecognising these clearing services would outweigh the benefits”. Instead, Esma wants the EU to find ways to mitigate the risks involved. It suggests steps including requirements for alternative clearing arrangements for clearing members or clients, and prudential requirements to incentivise the participants to reduce exposure to Tier 2 CCPs.

The authority also argues that its supervisory power needs to be extended. Tools should be introduced to address cross-border systemic risks during a crisis, as at present it “has no ex-ante powers” with regard to Tier 2 CCPs. Esma says it should be given an approval power in respect of recovery plans for Tier 2 CCPs. It should also be granted the power to request to be consulted by Tier 2 CCPs and third-country resolution authorities prior to their imposing any restriction, suspension or termination of access to EU clearing members.

Esma is “genuinely concerned with the post-Brexit financial stability risks in the EU,” says Mete Feridun, chairman at Eastern Mediterranean University’s Centre for Financial Regulation and Risk Management in Cyprus. Feridun, previously a supervisor at the BoE’s prudential regulation authority, says that the UK’s proposals to give the bank more powers to regulate and supervise CCPs “should give Esma some comfort” and will play an important role in the European Commission’s deliberations over extending temporary equivalence.

The EU “is indeed trying to engineer movement of CCP activity from the UK to the EU,” Feridun says. “We understand that there is an intention to announce measures to make EU-based CCPs more attractive to market participants and thereby generate a shift of derivatives clearing business from the UK.”

Still, Feridun says, the cost to participants in the European Economic Area (EEA) of being denied access to UK CCPs in terms of loss of netting and collateral benefits is likely to remain high in the foreseeable future. “The share of euro-denominated derivatives cleared by UK CCPs is very high and EEA market participants have no incentive to move their derivatives clearing business away from the UK for now.”

The risks of a CCP failure should not be overestimated. According to a paper by Dennis McLaughlin and Ron Berndsen in January 2021, there has not been a case of a systemically important CCP defaulting to date. An “extreme-and-implausible case” can’t be excluded, but even then, contractual recovery mechanisms mean that a CCP can allocate losses to the surviving clearing members with no residual unallocated losses remaining for the CCP, the paper says. McLaughlin was LCH’s group chief risk officer until early 2021.

Though LCH and ICE Clear have a large market share in many euro-denominated financial products, only 6% of their euro swaps come from EU customers, says Pardeep Cassells, head of financial products at AccessFintech in Glasgow. “The other 94% come from non-EU customers who would continue to have the choice to clear through the UK even if those CCPs were derecognised by the EU.”

There is no certainty that this business would be transferred to EU CCPs, Cassells says. “Complete derecognition without a plan for replacement could leave the EU in a vulnerable position.” Any large-scale transfer of business would be “disruptive, potentially risk financial instability and is unlikely to be welcomed by market participants,” she adds.

Reducing the EU’s reliance on UK CCPs demands “a measured, well thought out and mutually agreeable approach,” Cassells says. The overall UK-EU relationship since Brexit suggests that is among the least likely scenarios. Cassells says it could be achieved by transferring business from the UK CCPs to Europe or by implementing regulatory measures to ensure a reduction in exposure over an agreed timeframe. Still, she notes, some banks prefer to use UK CCPs and are unlikely to want to have their minds changed for them.

Markets must lead the way
The EU’s Central Securities Depositories Regulation (CSDR), introduced in 2014, seeks to improve securities settlement and infrastructure. A new Settlement Discipline Regime (SDR) to set common requirements for settlement systems is being adopted in February. Industry pushback has led to plans for mandatory buy-ins for failed trades being postponed.

EU and UK authorities are aware of the importance of not jeopardising financial stability, says Ligia Catherine Arias-Barrera, a UK-based specialist in financial derivatives and regulatory reform who is registered as an independent expert with the IMF. Any cessation of recognition or equivalence would happen only after a “careful and comprehensive assessment”, she says.

Rather than seeking derecognition, Esma wants to assess ongoing compliance with the European Market Infrastructure Regulation (Emir). Once the CSDR is complete and ready to be implemented, Arias-Barrera says, that could open the door for EU regulators to take a similar approach to assess and maintain recognition of non-EU financial markets infrastructures.

The EU certainly wants to “progressively incentivise the movement of CCPs from the UK to the EU”, Arias-Barrera says. But, she argues, the EU is not likely to be able to achieve that in the short term. EU CCPs don’t have the same range as those in the UK, she says.

“Despite politics, the extension of temporary equivalence will depend on how quickly the EU market is prepared to offer enough liquidity and depth,” she adds. “And that can only be achieved as a market-led trend.”