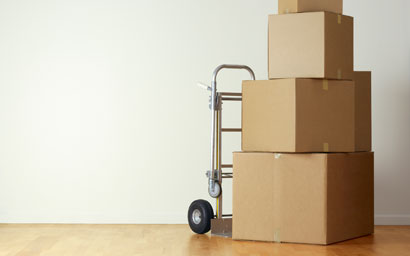 A plethora of surveys, some of which are considered here, suggest that in the investment environment of low returns, pension fund allocations to alternative assets are rising.

According to State Street research, alternatives increased from 5% of pension fund assets in 1995 to almost 20% by 2013.

Its 2014 report – Pension Funds DIY: A Hands-on Future for Asset Owners – surveyed 134 senior executives in the pension fund industry. It forecast more investment in alternative assets in the years to come as funds look for higher returns and the chance to de-risk portfolios or reduce volatility.

Bruce Keith, chief executive officer of managed accounts platform InfraHedge, a subsidiary of State Street, says there is undoubtedly a surge of pensions interest in alternatives. In particular, he cites an interest in private equity in both the UK and the US.

“People are moving toward private equity, direct loans, infrastructure and real estate,” he says. “They’re tying up capital, they’re looking for better returns, and they’re willing to forgo liquidity for returns for a portion of their book.”

The State Street report shows that 60% of respondents were planning to increase their private equity allocations, and 54% planned to invest more in direct loans. Almost half were planning for more real estate and 39% for infrastructure.

The latest alternative assets report from Towers Watson – the Global Alternatives Survey 2014 – also highlights the trend of pension fund interest in alternatives. The survey of 589 entities found that pension funds were the largest portion of assets for alternative fund managers, representing a third of the top 100 managers’ assets under management.

Towers Watson says pension fund assets managed by the top 100 alternative asset managers in the sector amounted to $1.4 trillion (€1.3 trillion) in 2013. Real estate managers had the largest share of pension fund assets at 35%, followed by private equity fund-of-funds at 20%.

Towers Watson also found that direct hedge funds saw the largest increase in pension fund assets between 2012 and 2013, growing from 11% to 13% and drawing a small proportion away from real estate funds.

In its 2015 Global Hedge Fund Report, data and research company Preqin underlines some problems in the alternative investment fund industry in 2014. Amy Bensted, its head of hedge fund products, describes the year as “challenging” for hedge funds, with performance lagging major equity benchmarks, and Calpers, the largest US pension fund, choosing to reduce its hedge fund investments drastically.

TRUE VALUE
However, as Preqin points out, this did not motivate the exodus by pension funds from the hedge fund sector that some had feared. Bensted says: “Investors are not looking for hedge funds to match the S&P, but instead are turning to hedge funds to diversify their traditional equity and bond holdings with an attractive risk/return profile.

“With increased volatility in equity markets in 2014, and global macroeconomic events potentially leading to a difficult returns environment for traditional investments in 2015, the year could be a vital one for hedge funds to prove their true value.”

In January this year, the Alternative Investment Management Association (Aima), and the CAIA Association, which provides alternative investment education, jointly published the first of a series of papers about hedge funds for institutional investors.

The paper, entitled The Way Ahead: Helping Trustees Navigate the Hedge Fund Sector, found that roughly one in every four dollars managed by the global hedge fund industry today is invested by public and private pension plans, a proportion that is increasing.

Aima’s chief executive officer, Jack Inglis, said in a statement: “The global hedge fund industry has grown at approximately 10% a year since the financial crisis, and much of this growth can be attributed to increased allocations from public and private pensions. Hedge funds have become part of the mainstream, and today they manage over $700 billion from pensions worldwide and well over $2 trillion from institutional investors generally.”

A protracted issue in the alternatives investment sector is regulation. At Towers Watson, Stevenson says the effect of regulation, such as the Alternative Investment Fund Managers Directive (AIFMD), has had a mixed impact on pension fund investment in alternatives and that there has been a real increase in the number of conversations with continental European investors about allocations to alternatives within Ucits structures.

He also says there have been a few cases of US-based hedge funds turning away from actively marketing in Europe. “They just don’t want to get involved in the regulatory impact … that potentially restricts investor choice,” he explains. He expects to see increased flows into Ucits funds in 2015.

At investment manager Neuberger Berman, this is also a focus, as the firm grows its liquid alternatives offering. Fred Ingham, head of international hedge fund investments, says that alternatives have become more and more relevant, but historical fears about high fees, low liquidity and problems with corporate governance and transparency have had to be addressed.

This has led Neuberger Berman to create alternative solutions that aim to be as investor friendly and accessible as traditional bond or equity products, but also offer a lower correlated and more diversified source of return.

CONTINUAL GROWTH
Within Neuberger Berman’s liquid alternatives Ucits platform, the absolute return multi-strategy fund has hit $500 million less than 18 months after it was launched. The strategy overall has around $2.1 billion of assets.

“We’ve got quite a healthy pipeline from there, so hopefully we’ll see measured but continual growth,” says Ingham.

Liquid alternatives may be an area to watch, though not everyone is entirely convinced. At Infrahedge, Keith says: “I think liquid alts absolutely has a place to play within a pension plan investment. However, just because it’s in a Ucits wrapper doesn’t mean it’s good for you.

“I think too many asset owners, especially some of the smaller ones, have just defaulted to that as their diligence. You’ve got to do more than that, you’ve got to understand why you’re investing and what it brings to your combined book.”