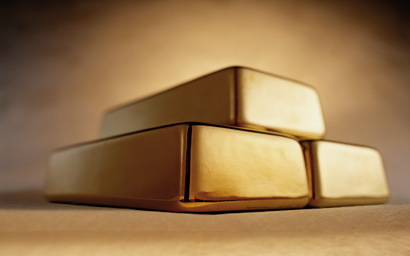 Asset allocators are frustrated by the gold price. Like a naughty child, gold doesn’t seem to know how to behave at the moment. In a world that shifts from risk-on to risk-off, gold seems to make up its own mind as to which camp it is in. This is beginning to frustrate asset allocators and speculators alike as the yellow metal seems prone to changing its mind.

Most of those who have held gold in their portfolios in recent years have done so as a safe-haven play. They see it as a hedge against the demise of the financial system and even paper money itself. Fewer see it as a demand play, though there are those who are prone to trotting out supply and demand analysis when it suits.

For much of the crisis of the last few years, gold has done its job. As risk-on assets have fallen in price, gold has risen. Headlines such as “Gold extends gains as caution reigns” have been commonplace and in accord with the investment paradigm we have all known and understood over recent years.

But as the difficult days of autumn last year took on crisis characteristics and when fear indicators were at their peak, gold simply stopped working. Having reached a high on September 5, it fell by 15% for the rest of that month. It did so in line with other risk assets such as European equities, much to the dismay of those who believed it to be the safest of all safe havens.

Banner days
During this time, there were plenty of banner days for risk averse investors with doubts about the world economy, government debt default, the euro’s future and, of course, banks’ survival. Risk-off investors were perplexed, if not alarmed, as they watched aspects of their investment strategies fail. It was then that gold, their prized safe haven play, began to trade like ordinary equities. It started to look like a risk-on asset.

That has been the pattern ever since. On Thursday, January 26, following the Federal Reserve’s statement that boosted confidence, US equities turned and moved up by almost 1% on the day. Risk assets rose and so did gold, by almost 2%, to a six week high. This is not the behaviour of a safe-haven asset yet it is a pattern that is now becoming established, as the chart shows. Moreover, the numbers suggest that not only is gold a risk-on asset, but it’s a high beta one as well. Year to date, gold has returned double digit gains, ahead of most developed market equity averages and closer to those of some emerging markets.

It is clearly a special investment that has the ability to transcend classification and to change its spots. But is that really what has occurred? Have the fundamentals of gold changed since September? I doubt it. What is happening, in this writer’s view, is that it is not gold itself that has changed, it is purely investor’s perceptions. Contrast this with, say, Irish government debt, which due to hard work by the Irish government and the Irish people, the fundamentals can be seen to be essentially changing. From being seen as among the highest risk government debt in Europe, it is now being seen increasingly as safer. This is due to endogenous changes in the fundamentals of the debt.

There have been no material changes in the fundamentals of gold since last July. No new deposit discoveries of note have been made. There are no new uses for the metal being envisaged and the position of central banks as holders is basically unchanged. Yet the market suddenly no longer sees it as a safe haven. Gold bulls now trot out arguments about Indian and Asian demand outstripping constrained supply, but those arguments are nothing new.

In 1936, John Maynard Keynes, the British economist, famously described the market thus. “It is not a case of choosing those that, to the best of one’s judgment, are really the prettiest, nor even those that average opinion genuinely thinks the prettiest. We have reached the third degree where we devote our intelligences to anticipating what average opinion expects the average opinion to be. And there are some, I believe, who practice the fourth, fifth and higher degrees.”

Second-guessing
And this is where we are today with gold. Investors need to try to guess how the market will judge the yellow metal and where they will place it. It won’t change, but the market’s view may, as it did in September.

Gold equities of course are also in a quandary in this environment. In a recent commodity research note to clients, UBS asked readers the question “Can you show how assets behave under your framework?” One would hope the answer would be yes, but the fact they pose the question suggests that its ambiguous right now.

To move from a defensive risk- off asset to an attacking risk-on asset is not without precedent but it is unusual and it is a phenomenon that generally suggests caution. So buyers should beware. Investors who are long an asset whose value has risen six fold over the past ten years need to be sure which camp gold is in. At this stage, it does not seem clear.

There is probably a good reason an investor would trust an investment where its fundamentals have not changed yet its behaviour suddenly has. However, right now, it is hard to think of one.