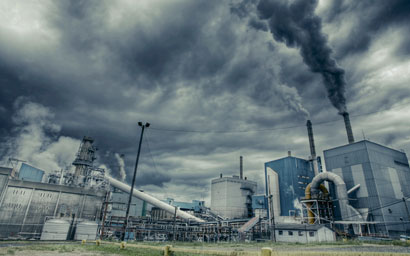 James Hulse of the CDP (formerly Carbon Disclosure Project) looks at how ESG factors can be integrated into valuation methodologies at a time when shortcomings are emerging in the discounted cashflow model.

Discounted cash flow (DCF) models have historically been the default valuation methodology for many assets, including equities. It is a solid model with much to recommend it, but increasingly, investors are struggling to incorporate within it other factors they take into consideration when assessing an investment.

There is a growing interest in alternatives and adjustments to the traditional DCF model, which doesn’t take account of the expected probability distribution or volatility of future profits. Some work has been done, but there is great scope to bring together new theories with practitioners who might be able to use them in their day-to-day analysis.

Given the increasing integration of environmental, social and governance (ESG) factors into valuations, the DCF methodology is starting to show its limitations. Investors are evaluating more qualitative considerations, such as the perceived quality of the management team and their ability to react to a fast-changing marketplace (Apple, for example). They are also trying to assess the risks of foreseeable but unpredictable risks to companies from climate change and technology. Companies such as Kodak have been put out of business, while others such as the coal sector have suffered massive valuation decreases out of proportion to changes in their cash flows due to investor perception of changing markets and permanent competitive disadvantage.

The same thing is happening with oil companies, as some investors remove them from their portfolios – often for ethical reasons, but increasingly because of the same perception that the competitive landscape is changing in favour of low-cost producers and alternative products such as renewable energy and electric vehicles.

DCF methodology is not redundant in these cases, but needs to be part of scenario analysis to inform better risk management. This can be done by modelling the expected impact on earnings from certain foreseeable events and establishing a company’s sensitivity to certain parameters such as oil prices or emissions legislation. The current work around stranded assets is a good example of a credible scenario. Legislation from governments based on climate science renders the extraction of fossil fuel reserves uneconomic, which would have a material and calculable impact on company valuations.

This initial premise has evolved to encompass various other scenarios. These include higher and lower oil prices and the effect of rising oil extraction cost curves relative to decreasing cost curves for renewable energy alternatives. These are being examined by the investment community to identify those oil and gas companies that are most sensitive to these different assumptions. This is beginning to feed in to investors’ valuations of the sector.

OUTPERFORMANCE
This sort of analysis could be extended to other sectors by suggesting credible scenarios in which material impacts on companies’ bottom lines could be calculated, such as emissions legislation being extended to shipping companies, tighter regulations on car manufacturers and stranded agricultural or mining assets that are no longer viable due to restrictions on water availability. More broadly, this helps to build up a picture of how lower risk, more sustainable companies would outperform and enable investors to move beyond DCF to more accurately value those companies.

Scenario analysis is a useful tool to assess the impact of an event on a company’s business model, but it does not usually take into account the company’s ability to adapt to these events by altering their model. Real options valuation could be a vital component of scenario analysis as it would provide a more sophisticated analysis of how companies could react to certain scenarios and give a more accurate picture of the likely eventual effect on earnings. However, it has not been widely used in the financial world and valuation techniques are still at a very early stage as huge amounts of data are needed to undertake an accurate analysis of the options available and the costs and benefits of exercising them.

Real options valuation attempts to put a value on a company’s right, but not obligation, to make certain business decisions. These may be major strategic options, for example moving investment from exploration and production of fossil fuels to development of low-carbon technologies, or more simple choices such as increasing or decreasing production, closing a factory or hiring more staff.

This could be a basis on which to link the options valuations of available corporate decisions to the probability-weighted distribution of future profits, as a company reacts to changes in the economic circumstances in which it operates. For example, an integrated oil and gas major has many more options within its business than an oil exploration company: it can divert capital expenditure from exploration and production to low-carbon technologies; it can divert capex from oil exploration to gas exploration; it can sell its exploration or production businesses and focus on other elements of its business strategy; it can invest in carbon-mitigation technology such as carbon capture and storage.

The pure oil exploration company has limited options: it can return capex to investors in the form of dividends or share buybacks; it can look for lower-cost reserves in different regions; it can develop or buy a gas exploration business; it can develop or buy downstream operations such as refineries. In a scenario of $20 or $140 oil prices, the options available to each company can be assessed and the costs and benefits of each option can be calculated to estimate an overall valuation impact and used to assess the value at risk to an investor today, given their probability weighting for such a scenario.

This could be replicated for various scenarios and a clearer picture of the relative risks could be assembled. Similar work could be done to compare a diversified utility or mining company versus a pure-play coal utility or miner, for example.

None of these valuation techniques is a replacement for the traditional DCF model, but they illustrate some aspects of what is missing and where investors can better assess the risks of a company by adding other methodologies. As ESG integration becomes more advanced and investors struggle to be on the right side of the next headline-grabbing company revaluation, the search for improved valuations will become ever more vital.