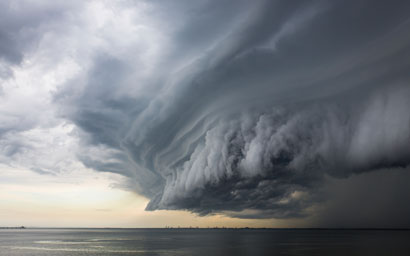 As dark pools come under fire from regulators, ITG’s Rob Boardman argues that continued negativity towards alternative trading systems poses a threat to asset managers and their investors.

British trade union leader Ernest Bevin said that unintelligent people always look for a scapegoat. Sure enough, eight years into the financial crisis, it’s hard to think of an area that hasn’t suffered a knee-jerk reaction from politicians and regulators alike. Certainly the scale of the sub-prime mortgage crisis, strained bank balance sheets and indebted sovereigns demanded urgent action. But ‘reform’ has been sprayed indiscriminately around the financial services industry: solutions have been found to problems that didn’t exist.

Equity market structure in particular has seen the recent ire of policymakers, with high-frequency traders (HFT) and dark pools both targets in the updated Markets in Financial Instruments Directive, or MiFID II, from the EU.

Dark pools and other alternative trading platforms have reduced costs and increased choice for institutional fund managers, who can now execute large blocks of small and mid-cap stocks. So, why does MiFID II cap dark pool trading to only 8% of market turnover?

Inaccurate views that off-exchange trading is secretive and risky have led policymakers and regulators into a predictably negative reaction. It is essential we reject these preconceived ideas. Firstly, there is the popular misconception that dark venues hide prices. They do not. Almost all dark venues use a widely known mid-point reference price obtained from the broader market. Only liquidity (buy and sell orders) is hidden from view. Furthermore, most venues publish trades immediately after execution, so the market is never blind to activity. These real-time trade publications form the ‘pre-trade’ information for the next trades in the market.

FAIR GAME
Fund owners benefit from dark pools by not alerting the market to their intentions when trading large blocks of stock. Anyone who has played poker will know that the contest is unfair if your opponent can see your cards. Executing small trades is straightforward, but when you are trying to buy or sell large blocks of shares, the market will move against you if you display your trading intentions.

Transaction cost analysis tools measure this average trading impact cost at approximately 0.4% for trades by pension and other institutional funds in UK equities. Measuring and reducing these impact costs is a key objective of institutional traders as they seek to preserve value for savers. Using dark pools is an important tool in the effort to reduce these costs.

With the ink barely dry on the MiFID II caps, the fund management industry and politicians alike have a duty to explain to the public what this really means. Simply put, the additional market impact from trading an equity fund without dark pools means we’ll all be retiring later because of the additional costs incurred by our pension savings. You can bet that won’t be appearing in any political manifesto.

During the UK’s general election campaign, candidates from across the political spectrum have felt the need to bash City innovation and those evil bankers. If campaigning is anything to go by, politicians appear to prefer to align themselves with those working long hours in the real economy.

But there is just one small thing they appear to have forgotten: a key role of equity markets (and fund managers) is to recycle capital to businesses that grow to generate new wealth for pension funds and new jobs for employees. No one is served well by restricting equity capital flows and stifling innovation.

This year we have seen Lord Hill, the European Commissioner for financial markets, launch the Capital Markets Union, a policy initiative aiming to unify and reform capital markets across the EU. One aim of policymakers is to make it easier for small business to tap wholesale capital markets, giving them finance for growth and job creation. In contrast with the US, businesses in the EU rely much more heavily on bank funding to finance their expansion. So far, so good: but what role can fund managers and dark pools play in this effort?

ENCOURAGING SMALL-CAP INVESTORS
Many reforms are needed to improve access to capital for entrepreneurs. One aspect is to improve the primary and secondary capital markets for small-cap stocks. This will encourage asset managers to create funds that invest in those shares, and thereby generate demand for new issues from entrepreneurs and business looking for capital.

Let’s be very clear. Secondary trading in small-cap stocks cannot operate efficiently if a trader has to tell the market of his/her intention to trade in the illiquid market for those securities. Dark pools are an essential tool in trading small-cap stocks.

The demand for dark trading platforms isn’t going to diminish. They are primarily used in equities, but fund managers will be expecting to trade other asset classes in the dark, including foreign exchange and fixed income. All the more reason for critics to face up to the fact that the asset management industry is in the midst of a trading revolution – and, while many are thriving, further unfounded negativity could mean that others fail to see dark pools in a positive light, and ultimately miss out.