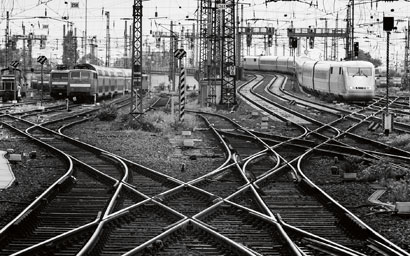 The meteoric rise of exchange-traded funds has left traditional index funds in the shade. But as Alix Robertson finds, sales of old-style trackers have not waned.

As the new kid in the market, the exchange-traded fund (ETF) had little trouble settling in. April 2015 marked the 15th anniversary of the product’s debut in Europe, and its popularity is indisputable.

Though still in adolescence, the number of exchange-traded products (ETPs) listed in Europe has already surpassed 2,000, with total assets under management of around half a billion dollars.

Rachel Lord, head of Europe, the Middle East and Africa at ETF provider iShares, recently commented on the first 15 years of ETFs in Europe.

“ETFs are one of the success stories of 21st-century investing in Europe,” she said. “European ETFs will surpass $500 billion (€458 billion) any day now, and by 2019, when the industry emerges from its teenage years, we expect them to be greater than $1 trillion within a global market of $6 trillion.”

Although the ETF market is clearly thriving, these products are much newer than traditional index trackers. Traditional funds have existed since the 1970s, when James Vertin, William Fouse and John McQuown of Wells Fargo Bank established the first indexed pension account, closely followed by the initial public offering of the first index mutual fund developed by John Bogle, founder of the Vanguard Group.

So how have index funds, the steadfast stalwarts of the passive arena, coped alongside the spectacular growth of ETFs? As a plain vanilla option in comparison to the wide variety of in-vogue ETFs, can they continue to attract investors’ attention?

For now, the numbers say yes – though there’s only a hair’s breadth between them in terms of recent net sales. According to fund data provider Lipper, at the end of 2014, net inflows for ETFs in the European market stood at €38.3 billion. For index funds during the same period, total inflows were €39 billion.

The margin is wider for total assets under management (AUM) in the European market. At the end of 2014, AUM in ETFs was €422 billion and AUM in index funds was €522 billion.

Legal & General Investment Management is one of the largest providers of traditional trackers to retail and institutional investors. Dan Attwood, its proposition manager for retail index funds, says there is little evidence that the growth of ETFs is having any negative impact on the widespread use of conventional index funds, particularly in the UK retail market, and he sees the market as growing.

“Five years ago, index funds accounted for around 6% of open-ended funds’ AUM. This has now risen to over 10%, according to Investment Association figures,” he says. “We expect this growth to continue and we have projected that index assets will account for around 20% of UK assets in open-ended funds by 2020.”

Figures from the Investment Association, a UK trade body, showed net retail sales for traditional index-tracking funds in March of £938 million (€1.3 billion), the highest ever recorded. This marked a large increase on the March 2014 inflows of £272 million.

Deborah Yang, head of index business for Europe the Middle East, Africa and India at index provider MSCI, says the continued momentum of traditional tracker fund sales is in part because they have a different client base to the newer ETFs.

“ETF usage, at least in Europe, is more from institutions than in retail or in defined contribution retirement funds. I think that’s an important note, that while the lines will blur over time, it’s simply a different wrapper accessed by different client segments.”

“Often it will be that they are after a very specific exposure and an ETF is the way that they can get that,” Blake says. He adds that there are institutions in Europe that will use ETFs for more tactical trading, such as short-term hedging positions and short-term rebalancing positions.

“[An ETF] is a very efficient way to get the exposure that you want for what may be a relatively short space of time,” says Blake.

Peter Thompson, president at Source, an investment firm that focuses on ETPs, says this variety of exposures is key to the products’ success. “The choice of investments offered by ETPs/ETFs is much greater than that of traditional trackers, with industrial sectors, fixed income, property and various smart beta strategies offered as well as mainstream equity indices. This choice is growing all the time.”

Yet Amundi, a large French asset manager with a big ETF business, is working to foster the co-existence of traditional index funds and ETFs. In early May, Amundi launched two index funds and an ETF side by side, each tracking low-carbon indexes, developed in partnership with MSCI and two major European pension funds. Valerie Baudson, global head of ETF, indexing and smart beta at Amundi, says demand for this theme was evident among different types of client. “There is clearly a view shared by a lot of investors now that climate change risk and especially carbon exposure is a financial threat,” she says. “When listening to what our clients want, I would say that they invest very heavily in both index funds and ETFs for the advantages that are common to both of these products – which are mostly low costs and the ‘no surprises’ factor.”

SELLING WELL
Baudson sees the merits of both index funds and ETFs, and highlights that both passive solutions are selling well.

In 2014, Amundi saw strong flows in both products. Though index funds drew in twice as much as ETFs, the ETF business grew significantly in terms of AUM size. During the year, Amundi raised $7 billion of net inflows into index funds, and $3.1 billion into ETFs, which marked a 33% boost to Amundi ETF’s managed assets.

“Our professional clients are mostly investing into ETFs because of the diversity of product and because they are more familiar with them than the retail clients are.”

She points out that in the US, the investor profile for these two types of fund is very different. While the ETF market in Europe remains about 90% professional, she says, in the US the split is almost 50-50 between retail and institutional clients.

Baudson says while sales of index funds and ETFs are both strong at present, the situation in the US could be a sign that the European ETF market has considerable room to continue its expansion. As investors become more familiar with the variety of ETFs available, they could overtake traditional index funds that base their success on consistency and familiarity.

“People will become familiar with ETFs – it’s just a question of time and education. In the long term, I believe that ETFs will grow faster than index funds, but for the time being, index funds retain their interest.

“Our view at Amundi is that ETFs will go on growing more quickly than index funds because of the diversity of the offer, the choice, and because both products are very cost-effective and costs are decreasing. The cost of an index fund and an ETF could be more and more equivalent in the future.”

Both Vanguard’s Blake and MSCI’s Yang see strong potential for future growth in ETFs. Blake sees cost as a driver. “I think there’s a little bit of cannibalisation from mutual funds to ETFs, particularly as people work out that ETFs could be slightly cheaper in some cases.”

TURNING POINT
Yang says innovation knows no boundaries and many new developments are taking place in the ETF space. MSCI licensed 21 new ETFs to use its indices in Europe in the first quarter of 2015, a third of which were tracking new indexes such as the MSCI factor indexes.

“There is great interest and demand for innovative indexes and a lot of the innovation is happening in the ETF category,” she says, adding that across the new index funds licensed in the same period, the bulk of demand was for traditional benchmarks.

A further development that may affect the future of the passive space recently took place in the European Parliament, where regulation to secure benchmark integrity has been proposed. Regulators want to ensure indices are not subject to conflicts of interest, reflect economic reality and are used appropriately.

The Index Industry Association (IIA), members of which include index providers MSCI, S&P Dow Jones and FTSE, has welcomed the proposals. However, some IIA members are less enthusiastic about moves to legislate for additional price regulation.