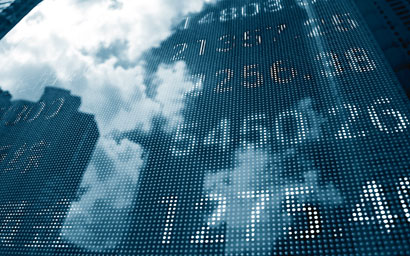 Funds that mimic index returns may be cheap, but they are not simple to run. Kit Klarenberg considers some of the difficulties for index fund providers, whose business is booming.

Active managers have lost investors at a prodigious rate over the past year. According to data issued by research firm EPFR, active equity funds suffered net outflows of around €31.1 billion globally in the first quarter of the year, while fixed income funds also shed money.

Yet the generally bullish character of markets means a severe downturn cannot explain these outflows. Moreover, investors are not stashing their redeemed cash under the proverbial mattress – much of it is being pumped straight back into markets, via passive vehicles.

Fund ratings provider Morningstar dubbed this exodus ‘flowmageddon’ in an April report, and suggested passives were finally on the verge of prevailing in their phoney war with active managers.

Of course, passives have been outpacing the vast majority of active managers for quite some time – in performance terms, at least. S&P Dow Jones Indices stats indicate 82% of active US equity funds failed to beat the S&P 500 over the past decade; managers in Europe fared even worse in the same period, with 86% failing to outdo their benchmarks.

“There are some fantastic active managers out there, but retail and institutional investors really need to research long and hard to find them.”

Dijkstra’s sentiments are doubtless representative of a wider disposition on the part of many investors; emulating an index’s performance through passive investment is cheaper and easier than trying to beat it.

Of course, this approach assumes index funds do in fact faithfully mimic their underlying indices – an obvious supposition to make given their label, but is that always the case?

DO AS I SAY, NOT AS I DO
On paper, the reality is that passive vehicles are far from infallible. For this, neither index funds nor their providers can be blamed, because faultless, direct emulation of an index is effectively impossible. Most index funds don’t even attempt to perfectly reproduce indices’ performance – as an index is typically comprised of thousands of securities, buying up every listing is neither practical nor desirable. As a result, most index funds today only duplicate the performance of a representative portion.

Additionally, the assortment of costs incurred to a passive manager when tracking an index – such as administration fees, spreads, taxes and commissions – depress index fund returns, but this doesn’t mean index funds invariably underperform by the costs they pay.

“The notion that index funds always underperform the market because of transaction costs is a common one, but it isn’t true – those costs are often factored into the upfront fees investors pay,” says Simon Midgen, head of index fund strategy at Legal & General Investment Management, an index fund provider.

“Alternatively, an index fund can be constructed to produce returns slightly in excess of its benchmark, meaning performance overall is in line with an index when fees are factored in, though for this approach to work, a fund’s holdings need to be regularly reviewed and its structure rejigged at quarterly intervals at least. Not all providers do this.”

The ability of passive vehicles to outstrip their indices, net of costs, is rarely acknowledged – but the phenomenon has been evidenced in dividend, buyback, value, S&P 500 and Euro Stoxx 50 index funds in recent years. Nevertheless, passive outperformance isn’t necessarily a positive.

“An investor in a large-cap equities index vehicle would probably greet outperformance as a win – the same isn’t true with a derivatives-based passive fund, for example,” Midgen continues.

“In that case, positive tracking difference means extra cost, as counterparties have to be paid for the insurance they provide.”

Data issued by index analytics provider FactSet suggests providers are on the whole effective at overcoming the challenges of index emulation. The firm surveyed the performance of 1,081 index funds over the past two years, finding 73% came within at least 0.10% of their underlying index, and 51% exactly matched or exceeded it.

The 49% that failed to keep up were generally the most passive of passive funds – vehicles governed almost entirely by algorithms, with negligible human participation.

“Index funds are often perceived to be so simple they can be run by computer, and less human involvement usually means a cheaper passive product, but it’s important not to be attracted purely by low costs [because] tracking errors can more than wipe out any savings made,” she says.

“Providers project future returns in an index fund’s prospectus, and moreover outline the factors that may prevent a fund from matching its benchmark, potential variability of returns, and expected degrees of tracking error and difference,” Roberts says.

WHILE THE BEAR’S AWAY
The success of index funds in recent years has occurred in a bullish phase of the market cycle. Active’s advocates are quick to assert that index funds flourish in such circumstances, as their expenses are low, they hold no cash, and are generally momentum-driven, weighted towards the largest, most liquid stocks and sectors.

In downturns, these advantages are alleged to become severe hindrances; active managers’ cash holdings limit losses, as does their ability to weight towards value and defensive holdings. Conversely, index funds have no cushion, or ability to dump large, expensive stocks before, or as, investors inevitably jettison them.

It’s entirely correct that performance can be accurately quantified only by considering both how much a strategy returns in an ascendant market, and how much it loses in a tough period. Still, according to Tim Strauts, markets research manager at Morningstar, data attesting to the preordained supremacy of active over passive in tough market circumstances is lacking.

“There are periods when active strategies will outperform passive, but they tend to be brief and unpredictable,” he says.

“There will always be active management, but it’s pretty clear it’ll be a smaller part of the market at some point in the near future.”

It’ll take the onset of a fully-fledged market slump to prove conclusively whether such qualms have foundation, but passive exponents may not be holding their collective breath. Concerns have been raised about passives ever since Vanguard founder John Bogle launched the first index fund 40 years ago – and what was then derisively dubbed ‘Bogle’s Folly’ is now a revolutionary global industry, totalling several trillion euros in size.