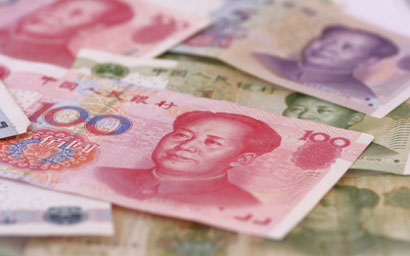 The European arm of Industrial and Commercial Bank of China (ICBC Europe) has selected HSBC as 'RQFII' custodian in China for renminbi funds raised in Luxembourg.

HSBC will act as the custodian in China for renminbi assets that ICBC Europe gathers under the Qualified Foreign Institutional Investor (RQFII) programme.

The Chinese bank has an asset management operation in Luxembourg that is set to benefit after China extended a 50 billion (€7.3 billion) RQFII quota to Luxembourg in April.

RQFII is an initiative designed to allow access to China’s capital markets for overseas investors and plays a major role in internationalising the Chinese currency. Luxembourg was the fifth European jurisdiction to have the RQFII programme in place.

ICBC is one of six Chinese banks with a presence in Luxembourg and it was appointed the renminbi clearing bank in the Grand Duchy last year.

BBH acts as the custodian bank in Luxembourg for ICBC's funds there.

Bing Li, head of the asset management at ICBC Europe, says: “This is a key milestone, which further strengthens our position in Europe.”

As of October 31, 2015, HSBC was the custodian bank for 200.6 billion renminbi of investment quota for RQFIIs, which according to the bank is the equivalent to 48% of the total amount approved.