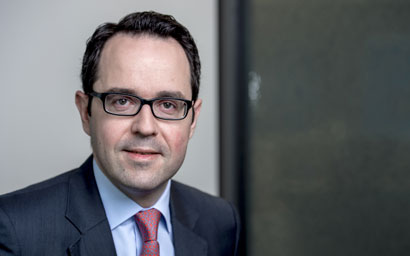 Santiago replaces Richard Godfrey, chief operating officer of HSBC Securities Services, who took on the responsibility on an interim basis. Prior to this, Arjun Bambawale performed the role up to November 2014.

Santiago is to join HSBC on December 1, 2015 and will report to Cian Burke, global head of securities services. Based in London, Santiago will also form part of the HSBC Securities Services executive committee.

He joins from Deutsche Bank, where he held a number of roles across transaction banking and in strategy. Most recently he was global head of investor services, where he led Deutsche Bank's custody and clearing, fund services and agency securities lending businesses. In this position he had responsibility for strategy, global profit and loss, client relationships and risk management.

Overall Santiago spent 13 years at Deutsche Bank, based in Europe, Asia Pacific and the Americas.

Before joining Deutsche Bank, Santiago worked in the software industry and began his career at McKinsey and Company.