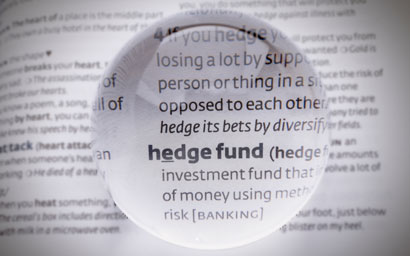 European hedge funds registered the strongest growth in assets under management among all regions in 2015, growing their asset bases by almost 10%.

Investor allocations to the region stood at $40.5 billion (€36.2 billion) – a year-on-year increase of 110%. Combined with performance, assets under management (AUM) grew to $535 billion.

Yet hedge funds globally endured a volatile January, says Eurekahedge, with market instability producing a wide divergence in performance from region to region.

Asian managers – which expanded their AUM last year due to investor inflows and performance – posted their weakest returns for six months in January, with funds investing in Greater China seeing losses of 5.76% and Japanese funds seeing losses of 2.71%, according to Eurekahedge figures.

Event-driven hedge funds posted the worst returns among “strategic mandates”, falling 3.56%. Again Asian managers were the worst performers on a geographical basis, with losses of 4.65%.

The $80.9 billion Islamic funds industry managed to outperform the Dow Jones Islamic World Index in 2015, despite a challenging market environment that saw a spike in investor redemptions as oil-dependent economies in the Middle East faced worsening budget deficits.

Hedge funds assets under management stand at $2.24 trillion as of year-end 2015.