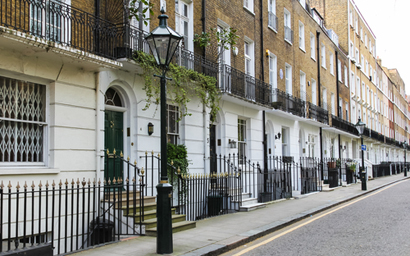 The joint real estate investment by Legal & General Capital (LGC) and Dutch pension fund PGGM reflects how UK pension funds are put off from investing in residential property for fear of being labelled as ‘bad landlords’.

UK pension schemes feel less at ease investing in residential property than do European pension funds. This is not surprising in a country where the spectre of the ‘Rachman’ landlord haunts the national consciousness so much.

Funds Europe recently reported how PGGM and LGC have bought a build-to-rent development site in Bristol, UK, which marked the beginning of a partnership that will see other residential properties built and rented out across the UK.

In the UK, the number of domestic pension schemes that invest in residential property is virtually nil. Nationally, pension scheme interest in property is almost exclusively restricted to the commercial variety. Even the Grip Unit Trust, which was launched in 2013 by residential landlord Grainger and targeted a £349 million (€450 million) residential property portfolio, was done so in partnership not with a UK pension fund – but ABP, another Dutch scheme.

The reason most often cited by real estate asset managers for why they usually cannot raise money in the UK residential property sector from UK pension funds is that these funds do not want to run the reputational risk that comes with being residential landlords. In the UK, the vast majority of residential properties are owned by independent, private landlords with five properties or less in their portfolio.

Pension schemes are nervous of becoming viewed as bad landlords, particularly when it come to evictions and rent rises.

James Lidgate, director of housing at LGC, acknowledges that property laws on the continent tend to favour tenants over landlords and that rent controls are common in most EU countries. It’s virtually impossible to get rid of tenants in some countries.

There is simply less reputational risk in Europe’s renter-friendly environment.

Lidgate points out that LGC publishes a set of clear guidelines that it and PGGM’s property managers are expected to abide by in order to act as good landlords.

Moreover, LGC and its partner won’t be selling off 25-year leases to housing associations, and are unlikely to serve notice on tenants as a result. Lidgate says if occupants pay their rents, they can stay as long as they like.

UK pension funds would arguably be wise to overcome their misgivings. As the UK currently only meets 50% of its 250,000 annual house building target, there’s now a major reputational boost to be gleaned by increasing the supply of new homes to the UK’s renters. Indeed, LGC and PGGM stated in their publicity about their partnership that they are helping the UK alleviate its housing crisis.