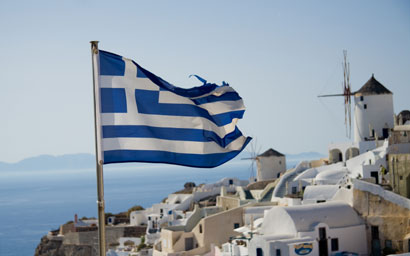 Salman Ahmed, global strategist and portfolio manager, Lombard Odier Investment Managers
The main factor to consider when assessing the current situation is that this is not 2011/12. The Eurozone has moved significantly since the last serious episode of the ongoing debt crisis with a multitude of strong backstops now in place.

Secondly, direct financial linkages of Greece are much more concentrated this time around. For instance, around 80% of foreign claims on the Greek economy are now residing with official institutions, thus limiting the direct impact on the global financial system. In essence, the current situation is more about political credibility of the Eurozone rather than direct financial implications of a Greek default.

Lastly and perhaps most importantly, the ECB [European Central Bank] is already engaged in a [quantitative easing] programme and has at its disposal the ‘OMT’ tool (recently green-lighted by the European Court of Justice), which has been designed specifically for this kind of situation.

In terms of market implications, we expect a general risk-off tone to risky asset markets, with periphery and high yield credit seeing pressure coupled with safe-haven bids benefiting bunds and treasuries. Beyond the next few days, implications for credit (periphery sovereign and corporate) are complicated, as depending on the damage done by markets we are likely to see the ECB spring into action.

In the equities space, we expect a very high correlation with price action in periphery space, although we continue to think that sustained impact on European equities will be limited despite the significant increase in volatility over the short-term (again due to the ECB backstop).

We expect pressure on the euro as it is deployed as a hedging instrument, like in 2011/12, coupled with the negative influence of any expected ECB action …

Markus Schomer, chief economist at PineBridge Investments
I had assumed - until last week - that rational decision-making would prevail in the end as it usually does in EU negotiations. It seems I was wrong.

Monday will be chaotic; it’s already being called Black Monday.

Bottom line: this week will be a roller coaster ride that will roil European stock markets and may push the euro down towards parity. Contagion should not be a serious risk, though. If Eurozone peripheral bond spreads widen, the ECB is likely to bring forward planned purchases or simply announce an increase in the €60 billion a month pace - “ whatever it takes”. The damage to Greece’s economy will increase dramatically and the Eurozone recovery may come to a - temporary - halt as a result of lower business and/or consumer confidence. The chaos may also delay the [Federal Reserve’s] plans to raise rates in September.

An improved economic environment and a supportive ECB has made Eurozone equities attractive.

Surely one of the most amazing aspects is that this social, economic and political crisis has been largely contained in a financial market sense. This is partly because all the key institutions have lined up behind Greece, and not for wholly philanthropic reasons, with vast financial and political capital tied up in the project.

Also, no one likes to be proved wrong, particularly not repeatedly so, and investors are no exception. As a result, the doomsayers have become less and less and a perception has taken hold that the crisis is not a financial market crisis, because countless ’final’ deadlines have been and gone, without sustained, broad-based financial market stress.