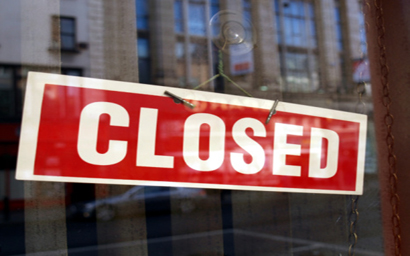 The Gottex Absolute Return fund had €4.11 million of assets under management at 2 January, below its €25 million threshold.

The board wrote to shareholders in the fund on Friday (11th) last week and the fund, which is the only sub-fund of the Luxembourg-domiciled Gottex Sicav, will have its final net asset value calculated on 15 February.

Launched in July 2010, the fund is able to invest in 20 to 50 alternative Ucits funds run by external managers, but it hit performance problems in 2011.

In the fund’s 2011 annual report, Gottex said the fund had started to see inflows from private banks in Switzerland and was seeing “immediate interest” from the Scandinavian market and “potential interest” from Latin American investors. But it also said the market environment in 2011 had not been “generally conducive” to hedge fund investment styles.

After a strong start to 2011, the report said, the fund was up over 2% for the year to April and 4.5% since launch. But performance was hit by a “confluence of unpleasant conditions”, such as correlation and and the eurozone.

The fund lost between 7% and 8% for the full year, depending on share class.

The absolute return fund had a mandate to invest in a number of underlying funds with alternative strategies including equity, credit, convertible arbitrage, options arbitrage and fixed income.

It was registered for distribution in Luxembourg, Germany, Austria, Switzerland, Italy and the UK.