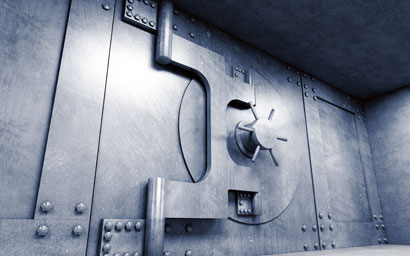 An outbreak of common sense among asset managers could be the biggest consolation for custody banks striving to make their core services profitable. Nicholas Pratt reports.

Earlier this year, Funds Europe reported an unusual development in the funds industry – a price cut. In June, JP Morgan Asset Management (JPMAM) announced a reduction in fees for its Luxembourg range of Ucits funds, bringing the costs paid by individual investors into line with their institutional counterparts. It is JPMAM’s operational and administrative costs that are falling rather than the portfolio management fees, thanks to a reduction in asset servicing fees. Luckily, JPMAM’s custodian and administrator is JP Morgan Chase. According to Massimo Greco, JPMAM’s head of Europe, the move was part of an ongoing effort to “share the benefits of scale with our clients”.

So, rather than heralding a sweeping reduction in custody fees for all, the move was designed to highlight the fringe benefits of investing with a large asset manager. It is unlikely then that similar price cuts will be initiated across the custody market, not least because custodians have decried the downward pricing pressure they’ve faced in the past decade for the provision of custody.

Custody banks have seen margins for core custody services continually decrease in the face of growing regulatory requirements and liability. It seems this pressure is easing, though, at least in terms of asset managers and their pricing demands.

COMMON SENSE
“There has been an outbreak of common sense,” says Clive Bellows, country head of Northern Trust in Ireland. “We have seen clients become more pragmatic about costs.” Whereas ten years ago, clients would demand a fee decrease every two years, now they accept that if their custodians are taking on more work and more risk, they will need to be compensated.

“The asset management community understands that if they want a provider for the long term, all parties have to be happy,” says Bellows. “And we have been disciplined about ensuring that we do not compromise on price.  We have sensible protections in terms of a minimum fee.” 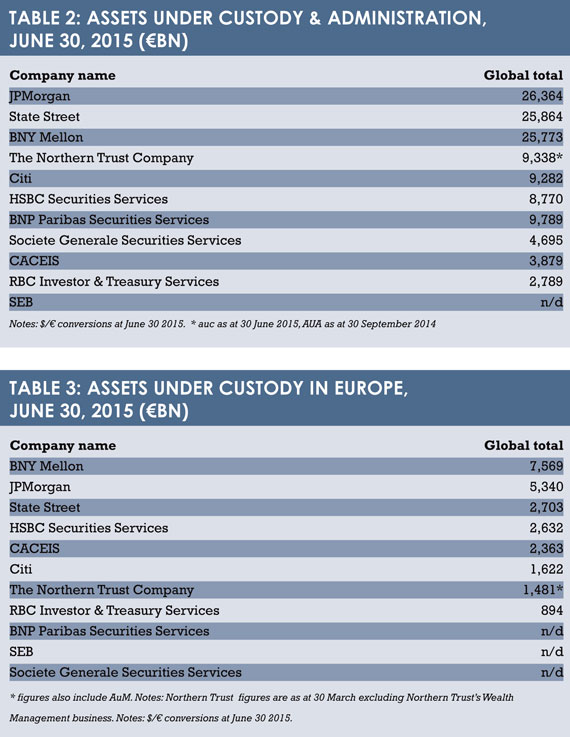 Pricing pressure is nothing new for custodians. “Asset servicers have always faced pricing pressure from clients that have much healthier margins than their providers,” says Alain Smeraldi, global head of business development for asset managers at Societe Generale Securities Services (SGSS). Consequently asset servicers have been trying to diversify their offering and to focus more on so-called ‘value-added’ services like middle office outsourcing and distribution assistance.

There is less pricing pressure when it comes to these kinds of services, firstly because they are less transactional and commoditised in nature, unlike custody, and secondly because in the case of middle-office outsourcing, many asset managers are grateful that there are administrative tasks they no longer have to do themselves, leaving them free to focus on investment activities.

However, it is only through the provision of core services like custody that asset servicers have the opportunity to try and sell the higher-priced product range, so the challenge is to balance the two ends of the business. “Prices for custody are clearly under pressure and asset managers want to get the best market rate, so custody is not where we are going to generate the most profit,” says Smeraldi. “But when managers want specific services with higher margins, they will go to the providers of the core services.”

“Any discussion about pricing is essentially a conversation about what the client is getting for that price,” says Hani Kablawi, head of asset servicing for Europe, Middle East and Africa at BNY Mellon. The US-based bank has also sought to expand its offering to include a number of digital initiatives, including a secure cloud platform (BXP) and a big data analytics platform (Digital Pulse). “No provider can afford to stand still in the current environment and continuous business development is central to our strategy,” says Kablawi.

In addition to expanding their product ranges, custodians are also looking to make their own operations more efficient. For example, BNY Mellon has also sought to lower its technology costs by developing a single gateway for all investment service products and applications. It has also made changes to the arrangements it has with certain customers.

For example, BNY Mellon has signed two big clients this year – T. Rowe Price and Deutsche Asset & Wealth Management – and the hope is that the one-off services designed for one client can be turned into a service for the market at large. “It is about building veracity and repeatability into our business,” says Kablawi.

GOING LIVE
It is a similar story elsewhere. After developing a single platform for fund administration almost ten years ago, SGSS has been revamping its custody operations for some years so that it can service all European custody clients through a single platform. The first markets to go live on this are expected to be the UK and Germany.

Societe Generale has also consolidated at an organisational level. In 2013 it merged the securities servicing business (SGSS) with the investment bank. This has helped in developing services like collateral management (called Tempo) as well as the move from transaction-based to relationship-based services, says Smeraldi. 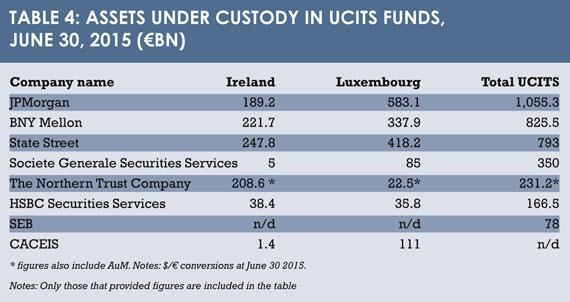 Fellow French bank BNP Paribas has also made similar changes to its service offering. “While global custody is an integral part of our business model, our service capability is much wider-ranging than this and has grown a great deal in the last few years,” says Jean Devambez, global head of products and clients’ solutions, BNP Paribas Securities Services.

This growth includes both consultative-type services, such as helping managers to access new markets, and an enhanced outsourcing proposition that as well as middle-office functions like client reporting, there is also a front office dealing desk service to execute managers’ market transactions.

Clearly changes are afoot and custodians may even afford to be cautiously optimistic about the future. Not only are interest rates expected to increase, thus improving the returns on their considerable assets, but the blizzard of regulation that has swept across the industry ever since the financial crisis may have peaked.

“I do think the cycle is nearly at an end,” says Northern Trust’s Bellows. “The major regulations have either happened already or are well understood and, provided that the market stays stable, it will be more about making adjustments than major changes.”

And with Ucits V and Target2Securities both going live, there may even be an opportunity for custodians to reap some revenue from the technical changes that have been made in recent years. Should that be the case, maybe a demand for reduced fees should be back on the table. Surely that would be common sense.