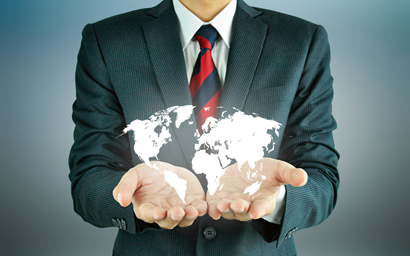 A global transformation is underway in finance. Governments across the world are increasingly asking, ‘How can we allocate capital more efficiently, stimulate economic growth, diversify our sources of financing, and move money out of bank deposits and into equity? How do we encourage savers to become investors, improve our population’s prospects for retirement security, and foster a culture that promotes entrepreneurship and ownership?’

Many jurisdictions are pursuing stronger capital markets as a solution. From Latin America to East Asia, governments are pursuing policies to develop stock exchanges, enhance market-based financing, and encourage investment. The European Union’s Capital Markets Union (CMU) initiative is part of this trend.

WHY IS THIS HAPPENING?
Capital markets encourage entrepreneurship and economic flexibility. Borrowers have found directly raising funds with stock investors or bond buyers, and eliminating or minimising the role of the middleman, simply costs less. Depending on their time horizon and risk tolerance, equity investors may be more willing than banks to finance innovative ideas.

Capital markets enhance economic stability. Every trade is a real-time reflection of many economic factors affecting the value or creditworthiness of a company or a country, making economic or financial problems more quickly apparent. As Glenn Hubbard, dean of the Columbia University Graduate School of Business, and William Dudley, then-chief US economist of Goldman Sachs, noted in 2004, this mark-to-market approach enhances economic stability because “pain is borne in real time”.

The US experience provides one case study for the benefits of capital financing. The country has embraced capital markets since the time of its founding, and today US capital markets provide the bulk of American financing. Combining shares and debt, capital markets’ share of financing is twice as large as the share held by loans. By contrast, in the European Union, loans are almost equal to the combination of equities and debt.

The depth and breadth of US capital markets are especially significant for start-up businesses. These enterprises have wide, strong sources of funding. In 2014, American companies raised $30 billion (€28 billion) in venture capital funding and $57 billion in private placements. As Commissioner Jonathan Hill observed earlier this year, if Europe’s venture capital (VC) markets were on the same scale as America’s, “companies would have been able to tap into an extra €90 billion of funding between 2008 and 2013.” That sum would have funded more than 4,000 additional VC deals in Europe.

With economic growth and stability as the prize, regulators around the world are pursuing a variety of plans that could substantially affect the amount of assets funds have to manage and the investing opportunities asset managers could pursue.

There are many trend lines to follow. Here’s a view of significant developments to watch in Europe and Asia.

i) The CMU could expand investment. If the European Union adopts and implements a properly framed CMU as planned, the results could be extraordinary. Regulators could innovate by creating workable infrastructureinvestment funds, and by encouraging citizens to put more of their savings into investments.

One structure EU leaders should examine further is the US market for municipal securities. Within America’s $36.1 trillion debt market, more than 10% – $3.7 trillion – is in the form of municipal debt. These bonds, bills, and notes are issued by state governments and thousands of cities, counties, and public authorities, to finance a very substantial share of the infrastructure Americans rely upon. Investors receive favourable tax treatment on their returns, which reduces governments’ financing costs.

iii) US data indicate retail investor engagement through pension savings in private funds could have a meaningful impact on European capital markets. US households keep nearly one-quarter of their financial assets in investment funds (Europeans keep about one-twelfth of their wealth there), and about 95% of long-term mutual funds are owned by households. What is driving this long-term investment? Retirement savings, with roughly half of US long-term fund assets held in such funds.

iv) China is working to open and deepen its capital markets. The Chinese government recently moved to allow pension funds to invest up to 30% of their net assets in equity investments, a reallocation that could inject as much as 600 billion yuan (€88 billion) into its stock market. The expansion of China’s National Social Security Fund and its investments in overseas markets could spur global growth, while Chinese leaders are making it easier for outsiders to invest in Chinese securities. The Hong Kong–Shanghai Stock Connect programme, for example, offers global asset managers a fast, efficient mechanism for buying stock in mainland companies. Additional stock market connections and the launch of a bond connect programme are also in the works.

v) Japan is moving from savings to investment. Japan’s regulators also are encouraging domestic and global investment. Managers of the $1.2 trillion Government Pension Investment Fund are pursuing higher returns by reallocating investment from large Japanese government bond holdings into other types of Japanese and global securities, a change that could direct some $180 billion into global markets. Japan Post Bank has said it soon will pursue a similar strategy with its $500 billion investment fund.

Japan’s regulators also are encouraging citizens to invest rather than simply bank their savings. Currently, Japanese households keep 80% of their assets in low-risk, low-return assets such as cash, insurance, and traditional pensions. The government is undertaking a series of measures designed to encourage individuals to put more money into the capital markets. One interesting innovation is the introduction of ‘junior investment savings accounts’, which encourage the country’s older generations to give assets to their children and grandchildren via funds that invest in securities. Additional reforms fostering the growth of private retirement savings funds are expected in the coming year.

THREATS TO GROWTH
Despite the potential for global capital markets growth, much could go awry. For example, global banking regulators continue to misunderstand and mischaracterise the functions and structure of asset  anagement, leading to misperceptions about risk that could threaten future positive market growth. For nearly two years, the Financial Stability Board (FSB) has argued for imposing ‘systemic risk’ designations on certain funds or asset managers, which would impose new, costly, and inappropriate capital requirements and regulatory regimes while penalising investors and distorting the fund marketplace. Without a doubt, such regulation would compromise regulated funds’ important role in developing capital markets, contributing to financial stability, and financing growth in economies.

Encouragingly, following recommendations from the International Organization of Securities Commissions (IOSCO), the FSB recently delayed its push for designation in favour of a review of activities and products in the asset management sector. ICI Global strongly believes securities regulators, which best understand capital markets activities and products, should play a leading role in this review. We also believe if regulators conclude there are outsized risks within asset management, they should identify and address those risks through a marketwide, activities-based approach, rather than by designating funds or managers as systemically important financial institutions. Finally, any proposed regulation should appropriately recognise the vast difference between market risk and systemic risk.

OPPORTUNITY AWAITS
In the next few years, funds and their investors may enjoy a wealth of new opportunities as governments pursue the benefits of efficiency, economic stability and sustained economic growth through stronger capital markets. These initiatives could be transformational. But they will succeed only if funds and their managers remain vigilant and encourage regulators to create frameworks that efficiently serve the needs of all market participants. ICI Global will continue to engage with policymakers around the world to advance the interests of regulated funds and their investors.