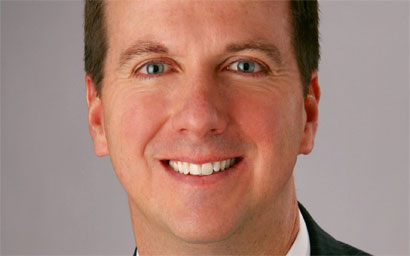 BMO Global Asset Management has emerged from the North American asset management market and is positioning itself as a global solutions provider. Barry McInerney, its co-chief executive, talks to Nick Fitzpatrick.

Deciding whether to kill a brand is one of the hardest parts of an acquisition, especially in a foreign market where the name of the acquirer counts for little and the target firm is already famous. BMO Global Asset Management (BMO GAM), which set itself on the global path just over half a decade ago with a mix of acquisition and organic growth, has imported the BMO GAM name into new markets along the way.

In 2014, the Canadian firm acquired Britain’s F&C Asset Management, providing BMO GAM – which had assets of $254 billion (€239 billion) in April this year – with a foothold in the UK and the wider European asset management market. Except for some funds, it dropped the century-old F&C name.

F&C was a bone fide brand, imbued with history and internationalism. BMO GAM was just a name, and a little-known one, at least in Europe.

Barry McInerney, the co-chief executive of BMO GAM, says it was a difficult decision to withdraw the F&C brand, but BMO GAM wishes to be seen as a “global solutions provider”, with equities, bonds, alternatives, and active and passive strategies under one roof. “F&C has a strong iconic brand lasting for nearly 150 years. We did not take that decision lightly. But being a global solutions provider, we wanted to have consistency across the world,” he adds.

The decision to import its name into Europe and begin to build a brand around it was made easier by the fact that, even in Canada and the US, the BMO GAM name is only four years old.

“The use of BMO Global Asset Management in the UK and Europe is only a few years behind North America. It’s relatively new everywhere,” says McInerney.

BANK BRAND
F&C, before its sale, was a listed, independent manager. With asset managers keen to distinguish their industry from banking, wherever possible firms will wear their independence with pride. It’s part of the asset management industry brand, in fact, to say: ‘We are not a bank – we are not reckless bankers.’

BMO GAM is owned by Canada’s BMO Financial Group, known commonly as Bank of Montreal (BMO). Needless to say, the asset management firm has no control over its ownership, but the name still has a bank writ large in it.

McInerney is not embarrassed by this, however. The parent brand implies stability and, he says, BMO GAM leverages this. BMO emerged successfully from the financial crisis. It is one of Canada’s top five banks and even bid for the troubled Royal Bank of Canada at one point.

BMO’s internationalisation started as far back as 1984 with the purchase of Harris Bank, a leading name in the US Midwest, and the resulting acquisition of a Chicago office.

The globalisation of its investment management business can be traced at least to the purchase of London’s Pyford International in 2007. BMO then introduced the BMO GAM name in 2011. It bought Hong Kong’s Lloyd George Management (and co-branded funds) in 2011, and – with momentum from the F&C deal behind it – launched BMO Global Asset Management Emea in London in 2015.

Acquiring boutiques in Asia, such as Lloyd George, built up capability and distribution. And then the F&C acquisition, says McInerney, “completed our blueprint by giving us a very strong footprint in the UK and Europe, and some strong capabilities there, too”.

He adds: “We have a broad range of regional and global fixed income, equities, and alternatives, active and passive, so we felt it important to have global capabilities and a global presence in major markets around the world.”

NOT QUITE BLACKROCK
As a global solutions provider, in November the firm launched exchange-traded funds (ETFs) into the European market, complementing its ETF offering in Canada and Asia.

McInerney plays down the suggestion of a similarity between BMO GAM and recent global trailblazer BlackRock, which has built a global business on the back of a similar asset mix. “I’d like to think we have some degree of distinctiveness in how we approach the market,” he says.

One difference comes right back to brand – or, at least, name. Whereas BlackRock markets ETFs under the iShares name, BMO GAM’s products are eponymous.

There is some similarity between the two, though. Like other firms with expansive offerings, theoretically they will be impervious to investment trends in particular markets. Note the current major revival in passive investment as an example.

“Over the last 30 years, the use of active has occasionally spiked up, or passive has spiked up when active management is challenged to add value. It seems a more secular approach to have the use of both,” he says.

A DOMINANT INDUSTRY
McInerney says the asset management industry is well positioned to grow more global, but it comes down to clients and the stage they have reached in terms of international investment. This, ultimately, justifies whether an asset manager should be more global.

It took 20 years for Canadian investors to embrace international investment, but they did. US investors are still on the journey, he says, but every year they invest a greater portion of assets outside their country, whereas in Australia and parts of Europe there is already much focus on global investing. There are large countries, like China and Brazil, however, where much of the asset allocation is still domestic.

McInerney points to studies, such as PwC’s Asset Management 2020, which show the global asset management market growing from about $60-$70 trillion today, to $100 trillion by 2020. Asset management, he says, may not only be the fastest-growing part of the financial sector, but “perhaps even the dominant one some years out”.