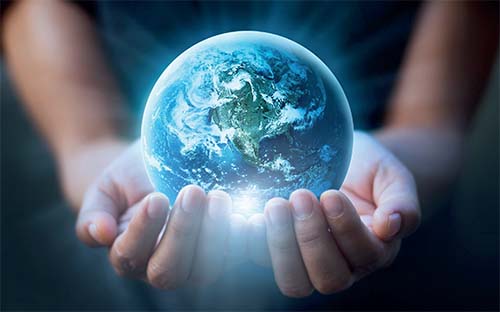 As the decade comes to an end, Mark Latham looks at the state of the global funds industry and asks some of the world’s largest fund houses about the trends they expect to dominate in the 2020s.

A report from PwC published in 2015 predicted that assets under management (AuM) in the global asset management industry would reach a record $101.7 trillion by 2020 from a 2012 total of $63.9 trillion.

But a slowdown in the world’s economy since the report was published looks to have dented those heady predictions. According to a report from Willis Towers Watson the global AuM of the world’s 500 largest fund managers fell 3% in 2018 to $91.5 trillion.

Steve Edgley, head of institutional for Europe at Fidelity International, now expects a base growth rate of between 1% and 3% a year over the medium to long term.

“It’s fair to say we would assume lower growth rather than higher in the coming years,” he says. “There will be some variability around market returns generally, but for now, we expect flat to steady growth going forward.”

For Fidelity, 2019 has been a “pretty solid” year for business, says Edgley, although he concedes that AuM growth was moderate.

“When we look at the dynamics of flows across the industry, we are winning market share and growing, both from the point of view of AuM growth and a revenue perspective.”

Unlike some fund houses, which have seen substantial outflows from their active funds over the past decade as investors pile into passive, both Fidelity’s passive and active funds continue to grow.

“The industry backdrop of a shift from active to passive is clearly there, but more recently the pace of that shift has been slowing,” says Edgley.

“The pure passive space of index tracker funds is very well developed. As people get a little bit more innovative, so the creation of new ways of slicing and dicing and figuring out where there is value in smart beta is a trend that will continue.”

While the company has a range of standard index strategies, the aim with Fidelity’s exchange-traded funds has been to focus on smart beta.

With management fees trending towards zero, there has been strong price compression among index trackers, at least partially, says Edgley, because “they are relatively easy to do”.

“For us with our research heritage, we can really create some quite unique value for clients through creating and designing much smarter beta,” he says.

Along with a trend towards more transparency over fees, Edgley expects a move from transactional selling towards a more “consultative dialogue” between asset managers and their clients.

“Clients are increasingly picking and choosing the pieces that make sense for them and that means asset managers are offering a more advisory service,” he says.

“That is the current direction of travel and we are spending a lot of time thinking about how that might evolve over the next five to ten years.”

Edgley believes the move towards greater environmental, social and governance (ESG) investing will continue to accelerate.

While awareness of ESG criteria among investors started to grow in many countries two or three years ago, there has more recently been a “very fast shift” towards ESG becoming more central to all investment decisions.

“Today I don’t think we have a single client conversation in Italy, for example, that does not have ESG as part of the conversation and some investors are getting as sophisticated and as focused as some of their northern European early-adopter counterparts.”

Fundamental
Taimur Hyat, chief strategy officer of $1.3 trillion US funds giant PGIM, believes that technological developments – for example in automation, natural language processing and ocular recognition – will continue to transform the middle and back-office functions of the industry.

“Technology is one of the big trends impacting the industry,” he says. “Some pretty fundamental parts of the asset management value chain will be impacted by it.

“Digital transformation has been one of the foremost important strategic priorities for PGIM over the last 18 months and we have new people across the businesses dedicated to it.”

The challenge for the industry, Hyat says, will be how to make greater use of data analytics without upsetting the investment processes and the delivery of “good alpha”.

“How you take all these new data sources and analytics and deal with the culture clash between data scientists and the classic fundamental portfolio managers and make it a useful additional tool for the portfolio manager will probably be the hardest challenge for asset managers,” Hyat says.

“Ultimately, automation tools that allow documents to be processed without human intervention will lead to fewer people across the industry, but we haven’t reached that point yet.”

Hyat describes 2019 as a complex year that required more active risk management and active management than 2018. Nevertheless, he says, the “vast majority” of PGIM’s assets outperformed their benchmarks.

“In 2019, a lot of geopolitical risks – such as trade tariffs or Brexit – were increasingly rising up the list of things that asset managers needed to look at in addition to market risk and credit risk,” he says.

“If tariffs take one-third of 1% off US GDP and a slightly larger percentage of Chinese GDP, that will act as an overhang on the global economy. So, having an active approach and thinking a lot more about risk has made it a year where strong active management can shine much more, but it has definitely not been an easy linear year in terms of the market.”

In the medium to long term, Hyat says he expects today’s low interest rates to continue to be accompanied by a subdued long-term growth environment, but with high volatility primarily driven by geopolitics rather than the market. “Active management will therefore be important in that setting.”

Responding to feedback
Nick Phillips, head of international retail distribution at $1.6 trillion Goldman Sachs Asset Management (GSAM), cites the rapid growth of assets in ETFs in the decade since the global financial crisis as a trend that GSAM responded to with the launch in 2015 of an ETF business in the US, which has since accumulated around $15 billion, spread across 19 funds.

In October, GSAM launched its first ETFs in Europe. So far three ETFs, all of them active beta, have been launched across four European exchanges, but the range will be expanded further in 2020.

“We don’t intend to completely replicate our US ETF range, but will design products in line with client feedback in the region,” says Phillips.

“We are not going to do market cap passive, but products which will outperform through a market cycle.”

“With regulation changing around the world, long-term macro expansion and the low interest rate environment, these are exceptionally interesting times for the industry,” says Phillips.

Along with the rise of passive, ETFs and growth in multi-asset portfolios, he also points to the growth of private markets in portfolios in Europe, the US and Asia as another significant industry trend.

“As people search for long-term return, this is something that I have never seen happening to this extent before,” he says.

Phillips adds that the outsourcing of wealth and asset management solutions is the other big industry trend he has observed in recent years and one that he expects to continue – particularly in Europe and Asia.

He describes the move as a further growth of the role of sub-advisory following the introduction of MiFID II.

When it comes to traditional fund flows, he says investor interest in equities in 2018 has been followed in 2019 by more client focus on fixed income.

Different things to different people
The third major market trend – which he says comes up in 95% of client meetings in Asia or Europe – is ESG investing. “We take ESG enormously seriously and it is now embedded in all our processes, but it continues to mean different things to different people and is continually evolving. In the coming years, regulation in particular will drive a lot of the growth of ESG, I believe.”