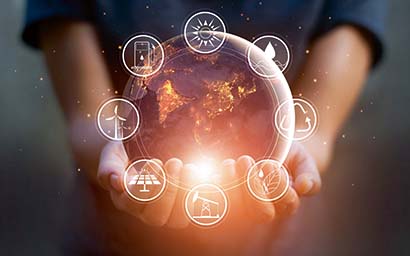 The biggest challenge we face as a planet is longevity of life, according to Alex Hoctor-Duncan, the recently appointed global sales director and a regional head of distribution at Aberdeen Standard Investments. Longevity of life is also the biggest opportunity for asset managers.

“That’s the way to articulate the importance of environmental, social and governance (ESG) investing,” says Hoctor-Duncan, who joined Aberdeen Standard Investments in September 2018 after 22 years at BlackRock.

Longevity means that every third child born in London today could live to be 100. It means increased retirement and social care costs, it means inter-generational inequality, and these changes have consequences.

“The change in the percentage of retired people will have a profound impact on the environment,” says Hoctor-Duncan.

Asset managers can help to meet some of the challenges associated with increased longevity, but for that to happen we need to change the way they approach the problem. Instead of talking about pensions, we should be talking about “salary independence”, suggests Hoctor-Duncan.

How does that work? Well, if a person has 1,000 months on the planet, the first 250 are spent growing and learning, the next 500 working and the final 250 in retirement. During the 500 working months, the individual should be working towards salary independence. 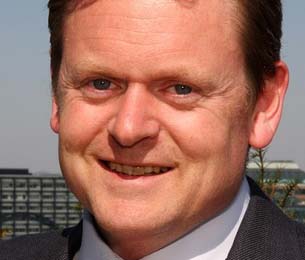 “Your goal is not necessarily to retire,” says Hoctor-Duncan. “It is to be salary independent. Achieving that is the purpose of asset management, and it is where we can ensure financial stability in the future for individuals, as well as enhance and define the environmental effect of a longer life. The social change that will occur as we live longer requires greater consideration, as this will influence political outcomes. We should start to expect generational inequality as a future issue for both savers and the government. Asset management is the ingredient required to deliver and connect individual longevity of life to ESG and income independence.”

This requires a focus on income rather than assets and on longevity rather than instant gratification. The issue is we are better at spending than saving. “I’m not sure people feel anything when they save,” says Hoctor-Duncan.

A better benchmark
One way to inject some feeling into savings, or at least to get closer to that goal, is to deliver more accurately on the intended outcome. Easier said than done. However, asset managers can head in the right direction by being less focused on growth in assets.

“We should rethink what success means from a performance point of view,” says Hoctor-Duncan.

Remaining consistent to the intended outcome may be a better benchmark for success than gathering lots of assets. This is more important now than in the past, not just because of the magnitude of the retirement savings problem, but also because of current market volatility.

Like longevity, short-term volatility creates opportunities and challenges for asset managers. The opportunities can be thwarted by the “thirst for instant gratification”, but there are signs that savers are beginning to understand the need to look beyond short-term market movements, as the idea that everyone is responsible for providing income for their own future becomes embedded.

“We’re seeing a fragmented, short-term-driven macro world, but individual behaviour within that is starting to change,” says Hoctor-Duncan.

To be a successful asset manager in that environment, companies need a few key ingredients to “populate the value chain of those individuals”, he adds. Scale and breadth of offering are part of that, with some room for small specialists. The middle will be squeezed, but Hoctor-Duncan dismisses as too easy the notion that asset managers must be either big or small to succeed.

“You can still be a segment expert and be big,” he says.

With €629.9 billion under management, Aberdeen Standard is, of course, firmly in the scale-player bracket. It also has the global reach that Hoctor-Duncan believes is required in “a world that is getting smaller with more information”. Crucially, that reach enables the firm to view sources of information “from diverse perspectives”.

Communicating that diverse knowledge to fund selectors, and through them to clients, is another part of the contemporary challenge for asset managers. Though most savers will still want to talk to a human being at some point, digital is becoming much more important, says Hoctor-Duncan.

Delivering compelling digital content is a big challenge but a necessary job for a firm such as Aberdeen Standard, which has developed a comprehensive product offering. Its product roster encompasses the gamut of investments, with acknowledged strengths in global emerging markets, single country emerging markets such as China, small-cap equity and property. The firm is also expanding its capabilities in private markets.

Another strand to the firm’s diversity is its global business reach. This means it is doing business in the parts of the world that are becoming more affluent. At the same time, Aberdeen Standard “is first and foremost a Scottish firm”, says Hoctor-Duncan.

Despite that, he is constantly observing the shifting sands of Brexit, which he sees as “one of those short-term headlines”. In any case, with operations in Luxembourg and Dublin and regional offices around the globe, Aberdeen Standard is, he says, “close to our clients and increasing our communication effort”.

In Hoctor-Duncan’s view, the firm has also cleared another perceived hurdle: fallout from the Aberdeen Asset Management and Standard Life merger. The unusual decision to retain Aberdeen Asset Management’s chief executive, Martin Gilbert, and Standard Life Investments chief Keith Skeoch as joint CEOs of the merged firm has attracted criticism, with a group of 21 investors recently pressing for a new CEO to be appointed.

However, having joined Aberdeen Standard a little more than a year after the merger, Hoctor-Duncan feels that many components of the joint enterprise’s culture are in place. It’s now a question of finessing and connecting back to the market.

“We’re probably six months ahead of what the market thinks of us,” he says.