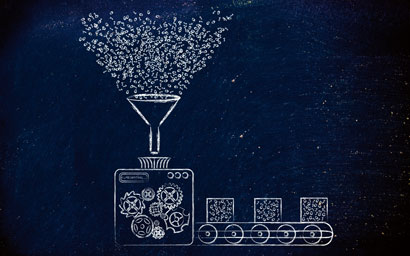 Consolidation in various industries is nothing new, as companies strive to remain profitable and deal with changing market conitions. For example, in the gaming industry, Ladbrokes and Coral merged this year to create the UK’s largest bookmaker and there are numerous instances of large deals in the pharmaceutical sector. But the Janus-Henderson deal is the largest deal of its kind in asset management and is perhaps understandable, given market conditions.

Active managers have come under increasing pressure due to rising regulatory cost and growing investor interest in low-cost tracker products, such as exchanged-traded funds. These passive vehicles are eating into the profit margins of active managers, along with difficult trading conditions due to low yields and volatile equity markets.

“What we’ve seen is that the macro environment is no longer so favourable for the [active] industry. The sector is seeing lots of challenges like the huge shift to passive in both retail and institutional. RDR [the retail distribution review] has accelerated this, with IFAs no longer incentivised to offer active products,” says Vincent Bounie, senior managing director of Fenchurch Advisory Partners.

Both Henderson and Janus were feeling the strain, with the former’s profits down 30% to £68 million (€81 million) in the first half of this year compared to 2015. Janus’s operating profit during the three months up to the end of June dropped 17% to $67 million (€64 million) compared to the same quarter the year before.

Henderson is no stranger to doing deals: in 2009, it acquired New Star Asset Management in an opportunistic move. New Star had grown quickly into a listed asset manager, but post-crisis the firm got into trouble with its banks. According to Oliver Lazenby, a partner at law firm Freshfields and a long-term adviser to Henderson, the UK-based manager stepped in and did a deal with the three lending banks by way of a debt-for-equity swap. The deal increased Henderson’s assets under management and was well received by the market, Lazenby says.

Henderson was involved in another rescue merger when it acquired Gartmore for £366 million in 2011. Gartmore had lost a star manager who had taken funds with him when Henderson agreed to buy the distressed firm.

A MERGE OF EQUALS
But the deal with Janus is in a different category, with both firms describing it as a ‘merger of equals’.

One driver for asset managers to merge would be to increase their geographical footprint. With Janus’s strong presence in the US and Henderson’s positions in the UK, Australia and Asia, the deal would have made sense to those behind it.

“This deal has another aspect to it that probably most others wouldn’t have, which is the ‘Dai-ichi’ angle,” says Lazenby.

Dai-ichi Life is a large Japanese financial institution, which already had a 20% share in Janus. It has committed to put more capital into the company to build up its stake by using options that have been issued as part of the deal and will offer further distribution of the combined firm’s products into markets such as Japan, according to Lazenby.

“The rationale [behind the deal] is not about the cost synergies,” said Andrew Formica, chief executive of Henderson at the time the deal was signed. “I am firmly convinced that the best answer for addressing client needs is a new breed of active manager with a global brand, presence and capabilities.” That said, the companies hope the merger will cut costs of $110 million annually within three years in areas such as IT and office space.

At Alpha FMC, a consultancy, head of the M&A practice Jon Benson says: “It’s not so much cost pressure, it’s more threats that are coming down the track, one of them being pressure on fees and I think that people are looking to aggregate assets and geographical expansion and asset class expansion is a way of doing that.”

This deal is not only about expanding the combined entity’s geographic footprint. With Bill Gross, Janus’s bond expert poached from Pimco, the deal greatly increases Henderson’s fixed income capability.

In terms of the details of the deal, normally when a larger company takes over a smaller company there is a control premium paid that indicates that it is an acquisition. This was not the case with Janus-Henderson. The combined firm also has joint chief executives with Andrew Formica from Henderson sharing power with Janus’s Dick Weil –a slightly unusual construct, but a signal nonetheless that this is perceived as two equal parties coming together for joint benefit.

MARKET REACTION
Aberdeen’s chief executive Martin Gilbert, speaking at a conference, said he thought the deal was “very smart”, adding that he would be interested in a deal with a US firm. Aberdeen has already made some deals to try to diversify its business, particularly away from emerging markets due to large outflows. Deals have included Flag Capital Management and Arden Asset Management.

But the asset Aberdeen really wanted, Pioneer Investments, was deemed too expensive with a price tag of €3.5 billion. Although not at the same level as the Janus-Henderson deal, Amundi’s agreement to purchase Pioneer is seen as a good move by Fenchurch Advisory Partners’ Bounie.

“What it means for Amundi is that it has access to UniCredit’s wide distribution network in Italy, which has a high savings rate and no danger of reallocation to ETFs or passive,” says Bounie.

Access to the Italian mutual fund market is also good for Amundi ahead of the Markets in Financial Instruments Directive II coming into force at the beginning of 2018. This will reinforce closed architecture, a hallmark of distribution in continental Europe.

“With MiFID II coming, it reduces the risk of a move to open architecture in continental Europe. It preserves the status quo for large asset managers, ensuring that banks will continue to receive commissions from large asset managers as long as there is a tied relationship,” says Bounie.

These deals have got the asset management market thinking. The growing threat of passive players that continue to take assets away from active players is a concern, as is the burden of regulatory compliance. These pressures reduce asset managers’ bottom line, yet employment costs stay the same. It is unsurprising that firms such as BlackRock and Nomura announced job cuts in 2016.

But as Freshfields’ Lazenby says, not every deal talked about comes to fruition. Asset managers are essentially people businesses, meaning culture is important.

CULTURAL AFFINITY
If something looks great on paper, that doesn’t necessarily mean it will work. Alpha’s Benson says the nature of a deal will determine how important the cultural fit of two firms is. He says that if an acquirer is looking to strip the assets of a firm and put them on its own platform, then it’s a case of looking for the best talent to bring in. “I think in that situation, the acquirer’s culture is wasteful to maintain than if you had a merger of two more equivalents,” he adds.

Benson has seen examples of culture making integration hard. If a chief executive officer has clear commercial reasons for striking a deal, at the operating level the firms could have different ways of thinking and different approaches, which could slow down the integration process.

Freshfields’ Lazenby, a long-term adviser to Henderson who advised on the deal with Janus, says that these deals take a long time to put together. This is good, because teams have ample time to size each other up as the pressure of a merger reveals their true natures.

In the case of Janus-Henderson, culture was no obstacle. The two CEOs apparently got on very well, as did the teams, making the process a lot easier, says Lazenby.

While the industry has seen numerous bolt-on acquisitions over the years, is Janus-Henderson a kind of game-changer that will open the floodgates for big mergers? Market conditions suggest this may happen, as active managers face challenges ranging from passive threats to regulatory reporting.