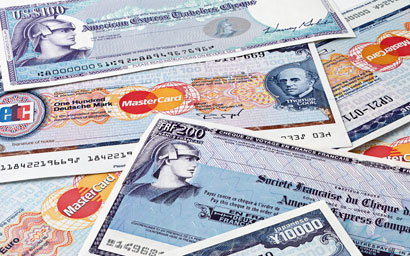 After a number of scandals, confidence in foreign exchange execution is at an all-time low. Nicholas Pratt examines whether it is time for some sweeping changes and new trading models.

Confidence in the quality of execution for foreign exchange trades could not be lower as regulators in the US, the UK and Switzerland continue their probes into alleged abusive behaviour and market rigging from the leading market makers.

So far, six banks (Barclays, HSBC, Citigroup, JP Morgan, RBC and UBS) have paid $4.3 billion (€3.9 billion) to authorities in the UK, US and Switzerland to settle allegations of rigging the market. In addition, Barclays has stated it has set aside a further £750 million (€1 billion) for potential fines.

Meanwhile, in a separate case, BNY Mellon paid $714 million to several US authorities on March 19 to settle allegations that it had misled customers over best execution of FX transactions.

The prosecution’s claims – that BNY Mellon told customers it would obtain the best rates available, but instead saved the best rates for itself (and gave customers close to the worst rates while pocketing the difference) – could not really have been more damning.

All this is fuelling a demand for greater transparency among investors and the emergence of new types of platforms, from exchange-based trading to peer-to-peer networks.

“The confidence from clients in FX banks is close to zero,” says Philippe Gelis, chief executive and founder of Kantox.

Kantox aims to disintermediate banks and brokers from execution and instead offer a peer-to-peer model that matches buyers and sellers with a price given at the mid-market rate. “Clients simply do not trust banks that are not transparent. They all think they are being ripped off,” says Gelis.

One very specific market feature under examination is ‘last look’, a practice whereby liquidity providers reserve the right to reject an electronic trade at the last minute.

This practice was originally created in order to protect these banks from high-frequency traders with ultra-low latency algorithms that were able to pick out stale prices.

Technology, however, has since developed and the latency lags of the past have been largely eliminated. Yet last look continues to be used by most liquidity providers, stoking fears that it could be misused.

ABUSE SCENARIOS
The Investment Association (IA), the trade body for the UK’s asset managers, has called for an end to last look. As part of its response to the Bank of England’s Fair & Effective Markets Review, it highlighted two scenarios of potential abuse: banks quoting prices without any intention of execution and just in order to gain information from the buy-side; and only confirming trades that are beneficial to them.

“To resolve this, we call for post-trade transparency, which would help asset managers identify if such abuse occurs,” says Galina Dimitrova, director at the IA. “Clear disclosures that explain the banks’ last-look privileges and associated benefits and risks would also help to resolve this perceived potential for abuse.”

The IA is not alone in its call for an end to last look. The FX market has seen a number of new platforms emerge in recent years that are aimed at bringing more transparent trading to the market and do not offer last look.

LMAX Exchange is a regulated multilateral trading facility (MTF) for spot FX that relaunched in 2011 following a series of changes to its model since its inception in 2007. The platform offers exchange-quality execution trading to a largely institutional client base.

“We believe in no last look,” says David Mercer, LMAX Exchange chief executive. “Historically, it was a business solution to a technology problem, but that problem no longer exists. The problem is that now this rule could be misused to optimise profit rather than prevent gaming.”

Some may argue that abolishing last look is an overly prescriptive move and that if the practice is so unfair, it will fade away organically. But, argues Mercer, by abolishing last look, the market – liquidity providers especially – would be able to restore some much-needed confidence to the FX market.

“The whole question of best execution in FX is a massive debate that goes way beyond last look,” he says. “But taking this one bit out would make a big difference in terms of the buy-side’s perception of the sell-side.”

Alternatively, the use of last look could be regulated, though Mercer believes this would prove too difficult in practice. “For example, how often can you reject an order? Would there be a daily limit? How would you measure it? By size? By counterparty? At the moment, last look is open to misuse, so why have it?”

This is more about liquidity providers restoring the confidence of their customers rather than being kept in line by regulation, says Mercer. “If you are a liquidity provider and you say you reject last look, I guarantee there would be a flood of customers.”

RANDOM PAUSES
ParFX is another new platform that does not allow last look. Swiss interdealer broker Tradition launched it in 2013 to address disruptive trading behaviour that was deemed to dent both the efficiency of the FX market and confidence in that market. The platform imposes random pauses of between 20 and 80 milliseconds on orders and also requires that brokers, banks and clients disclose their identities once trades are completed.

According to Dan Marcus, chief executive of ParFX, these two features act as a deterrent against disruptive behaviour and level the playing field for customers with a genuine desire to trade.

However, Marcus does not believe banning last look is the way forward and argues that it still has a role to play in today’s currency markets, albeit one that will be increasingly limited. Instead, says Marcus, participants should ensure they are informed and educated about the trading venues and dealers that employ last look and make up their own mind. “Ultimately, the market will evolve and decide what practices to carry forward – subject to any regulatory requirements – over the next decade and what to discard.”

This view is supported by John Adam, global head of product management at Portware, which provides platforms for algorithmic trading. “We do not need a regulatory solution for last look. Our clients have the ability to measure the liquidity providers’ response time and laggards stand out and get dealt with as the buy-side trader deems appropriate.”

However, Adam also believes that exchange-based trading of FX is neither necessary nor even desirable to many buy-side firms. Most buy-side firms are able to aggregate the liquidity they need at their own trading desk – and the anonymous nature of exchange-based trading, while creating a level playing field for all, removes the relationship with liquidity providers that is often so integral in FX, says Adam.

“The price a buy-side firm gets is based on their credit and risk profile, and that is not an advantage they would willingly give up for the supposed benefit of centralised, exchange-based trading,” he adds.