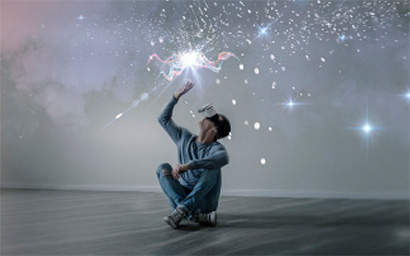 Nicholas Pratt hears from transfer agents about why they are unfairly held up as an example of the industry’s inefficiency.

The demise of the transfer agent (TA), replaced by a much more efficient distributed ledger technology (DLT) system, has long been predicted, yet they are still there at the heart of the investment process. So, how does the TA’s continued presence reflect on the funds industry?

One view may be that it shows just how slow the industry is to innovate and to use new technology to make fundamental changes to the way things are done – ultimately, to bring savings to investors.

Another view may be that the continued presence of the TAs shows how important they are to both fund managers and investors and how inventive they have been to remain relevant.

Ronan Doyle, who heads up RBC Investor & Treasury Services’ TA business, unsurprisingly supports the latter view. “The TA role is often seen as focused on trading and clearing and settlement rather than investor interaction. We spend a lot of time dealing with the clients of our clients – such as the onboarding process. This is difficult to replicate on a blockchain, especially for cross-border funds involving multiple jurisdictions,” he says. 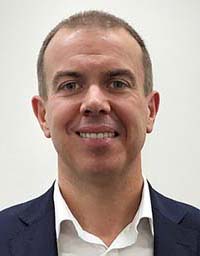 So, why is it that TAs get earmarked for extinction whenever new technology emerges? “The industry goes in cycles and different services are popular at different times,” says Doyle. “For a long time, people focused on automation levels in the trading process, but a lot of work has gone into that over the years and STP [straight-through processing] levels are often up around 98%.”

In the meantime, there has been greater emphasis on that investor interaction role – partly because of the threat from fintechs and partly because the increase in anti-money laundering (AML) directives and the like have increased asset managers’ workload and added more friction to the investor experience.

There are other providers that could fulfil that role, but the TAs have more experience and greater contact with the investors. Furthermore, says Doyle, asset managers are under more competition and investors are becoming more demanding, so an increasing number are looking to TAs to take on more of that role on their behalf.

It is also untrue to say that TAs are not interested in new technology. “We work with regtechs and we work with DLT fintechs,” says Doyle. “There is an ongoing dialogue with DLT firms to see how that technology could improve the investor experience. The TAs need to be at the table and need to be leading the discussion. There are things that each side can learn from the other.”

It is not yet clear what the best deployment of DLT would be for the funds industry, says Doyle. “The fundamental assumption for a DLT fintech is that everyone needs to be on its platform, but is that realistic?”

In this model, DLT platforms represent an expansion of the current industry distribution model, with multiple DLT solutions that the industry needs to integrate in the same way it does with new platforms today. The question should therefore be how TAs and DLT fintechs interact to maximise the opportunity the technology presents, says Doyle.

“We see the role of TA as an evolving one with real growth potential and one which goes far beyond trading,” he adds. “In our experience, asset managers spend more time working with their TA than any other service. They place value on that role as it impacts on the quality of experience their investors enjoy with their funds.”

The future of the TA was also discussed at a recent webinar conducted by Funds Europe. Steven Caluwaerts, director GDTA product at HSBC, notes how the TA’s role has grown beyond its primary objective of keeping track of registered shareholders to providing daily services like client onboarding and the provision of statements.

“There has always been a mixture of front and back-office processes and those front-office services have become more of a focus for asset managers,” says Caluwaerts. “And to a large extent, the TA determines the quality of those services. The AM is selling a product and the TA is providing sales support.”

The TAs may not have moved to the blockchain, but they have looked at the idea of a global TA system. Yet this is still fraught with complexity just within the funds industry. There is no global regulator, there are different distribution models and there are a variety of investors, some more sophisticated than others in the processes. For example, the US may be viewed as the most automated funds market, but it still has plenty of retail investors sending their orders by fax.

And even where TAs have been able to develop a single platform that covers multiple geographies, they often still end up with different systems on a functional level.

“Our system strategy is more based on finding a system for a specific process like subscription redemptions and then adapting that for all the different markets and investor types,” says Caluwaerts. “But you will have another system for sanctions screening or shareholder orders. It’s a collection of systems that work globally because the TA is collection of services rather than one on its own.”

This is not to say that TAs have not tried to reduce the number of systems. “I think we give ourselves a hard time in the TA market over the amount of consolidation we have done,” says Owen Carroll, global head of transfer agency at Citi. “Over the last ten years, I have seen a lot of progress in reducing the number of systems. But at the moment, TAs are trying to be all things to all men. We can get there, but in the interim, we’re trying to find how we can best add value to the investor experience.”

“It is all about data and if you have the ability to provide real-time information to investors from a DLT-based register, then you can meet the needs of local markets and local clients,” says Kramer.

“There is also the ability to be flexible and agile. The concern we hear most commonly from asset management clients is not the daily delivery of services but the agility and the ability to change quickly. It is harder to do that on these Frankenstein-type systems that have built up over time, but by moving to new platforms, those opportunities arise.”

Citi’s Carroll says that the experience of Covid-19 over the past year, as bad as it has been, may actually provide some positives from a TA’s perspective “There have been changes around legacy systems, paper and blue ink – the dinosaurs of our industry,” he says.

“We can now finally try to move away from these things, given that we have demonstrated that we didn’t need them over the last seven months. So, there is an opportunity to reimagine ourselves coming out of this latest crisis, of which there will be many more because there is always change.

“But if we can make systems more cost-effective as well as nimble, that might help to make the speed of change quicker over the next three to five years compared to what we have seen over the last ten years,” adds Carroll.

Buying into blockchain
First, though, TAs and the funds industry at large will have to work harder at deciding how blockchain and DLT is best applied. As HSBC’s Caluwaerts says: “Blockchain is obviously an automation opportunity with a significant security overlay. But blockchain also requires that all the participants buy into the whole concept and go on to the same technology to get the efficiency.

“For an asset manager that has a proprietary distribution process, blockchain is a fantastic solution, but in the current world where asset managers, distributors and service providers all have different strategies, it is very difficult to get everyone to buy into blockchain. It will take years.”

One potential enabler, says Caluwaerts, is a serious push by governments to develop electronic identities for both citizens and corporate entities. “Once you have that as a starting point, there is a lot of opportunity for blockchain.”

In the interim, the TAs may have to brace themselves for more predictions of their demise because, as one TA head conceded: “It’s any easy thing to do.”