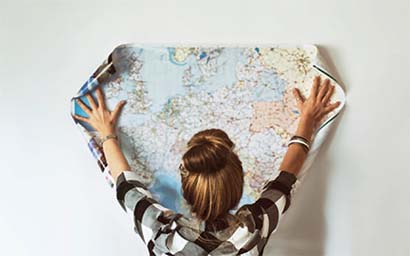 Nicholas Pratt talks to First Sentier Investors’ Kerry McCormack about the challenges of migrating a multinational firm on to a new global platform in the middle of a pandemic.

Deciding on the winner of the inaugural FundTech Award for technology leadership at an asset management firm was surprisingly easy. In the past 12 months, Kerry McCormack, global head of IT at First Sentier Investors (FSI), installed new corporate core systems across the whole organisation, upgraded its main portfolio management system Charles River and then managed the migration of 800 employees on three continents on to a single operating platform.

Furthermore, this was achieved during the middle of a pandemic and a worldwide lockdown – something that required McCormack to work through the night in her kitchen for weeks on end to align with her colleagues in Sydney.

Implementing new systems across the organisation may be exciting work for IT teams, but they are seldom popular with users if the benefit is not immediately obvious. For example, upgrading to a new email platform that will save on back-up costs but requires all users to learn a new way to send and store their messages may well get short shrift.

Consequently, getting the cooperation of your colleagues can be as big a challenge as the technical details. But in the case of FSI, there was almost universal buy-in, says McCormack. “Everyone was excited that we would have one global identity,” she adds.

They were pleased, too, they would no longer have to spend minutes explaining the different names and brands of all the subsidiaries to clients.

The company began as Colonial First State Global Asset Management in 2000 and was part of the wealth management division of Commonwealth Bank of Australia (CBA) until its sale in 2019 to Mitsubishi UFJ Trust & Banking Corporation. The company also includes Edinburgh-based fund manager Stewart Investors. 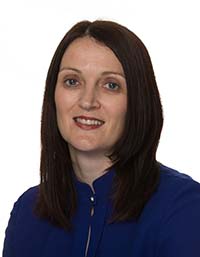 Consequently, the firm had built up a complex infrastructure both in company branding and the underlying system infrastructure. So, following the sale, the decision was taken to consolidate the company’s different parts under a new name – First Sentier Investors.

The work involved moving everyone on to the same system. “This meant everything – email services, databases, applications, telephony, it all had to come on to our network in one weekend,” says McCormack. “September was chosen as the date. We had transition service agreements so we couldn’t let that slip.”

Given that the company was not only migrating to a single operating system but also introducing a new brand, McCormack had to work alongside marketing on branding changes, factsheet amendments and hundreds of other tasks.

She has also decommissioned a number of legacy systems in the course of the migration, although some still remain. “It is about getting that balance where you’re not spending all your time fixing legacy systems or putting plasters on them.”

McCormack started at what was then First State Investments back in 2001 as an application developer, working her way up to the position of application development manager in 2005. She was originally offered the job two years earlier but, given that she had just returned from maternity leave, decided to turn the offer down, in favour of maintaining a three-day week.

When the appointed manager did not pass their probation period and the role became available again, McCormack accepted. “I had more confidence that I could do the job,” she says.

The role involved coordinating the global rebranding of the company’s various fragmented websites, essentially a dry run for the later global rebrand of the entire company. The job, which lasted five years, also meant looking after an Asia team. If she has one regret, says McCormack, it was not spending enough time in Asia working directly with her colleagues. “I was going over for a week at a time instead of spending three months over there.”

McCormack was appointed as acting global head of IT in June 2018 when her predecessor moved roles within the business. She was then given the job on a permanent basis the following year in March. While in the acting role, McCormack was involved in designing the new operating model, so was a persuasive choice when First Sentier Investors was looking to appoint someone full-time. For the first year, she spent two weeks at a time in Sydney working on the replacement of the key systems.

But by March 2020, when the pandemic hit, the travelling stopped. To compensate, McCormack worked night shifts in her kitchen from 9pm to 6am. “It is important to maintain that contact with the team,” she says.

This contact involves regular ‘town halls’ with her colleagues and she has relied on the use of apps such as Office 365 and MS Teams, as well. “With Covid, we have had a lot more meetings than we normally would, just to make sure everyone was informed and knew what was going on with the migration,” she says. “So, the use of technology has been critical in the way we communicate and collaborate with each other.”

Optimistic
McCormack was also a board member of the Women in Banking and Finance group, a non-profit membership organisation founded in 1980 to support and showcase female talent in the market. In 2015/16, she ran their mentoring programme, as well as being the joint Edinburgh chair in 2017/18, and she remains heavily involved with the group.

“I am hugely passionate about mentoring,” she says. “It is great to see people supporting each other and I have met lots of like-minded people who have really helped me in my career.”

While there are several women in senior positions at asset management firms, they still lag some way behind their male colleagues in tenure. This is especially true on the operations and technology side of the business, another area where males have dominated.

That said, McCormack has never seen gender as a significant barrier in her own career. “There was the odd time early in my career when a male colleague would repeat something I had already said. But I have always had good managers who have championed me throughout my career.”

She is confident that things are improving in terms of gender balance, although Covid-19 has not helped. “The pandemic has highlighted the issues around childcare because it is typically women who end up shouldering the majority of childcare.”

First Sentier Investors has looked to address this by putting some childcare policies in place and McCormack is encouraged by an increased take-up in extended paternity leave.

“One consequence of Covid is that most organisations are ramping up their innovation and increasing their investment in digital technology.” However, says McCormack, it is important not to look to use new technology just for the sake of it and to provide a commercial justification.

“I recently presented our IT strategy to the board and now we have completed the migration, we can be more proactive than reactive and look at the use of artificial intelligence and machine learning,” she says. “We can be as innovative as we want to be, but there has to be a business case.”