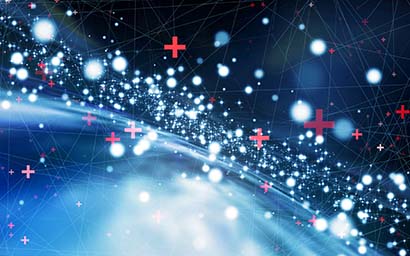 Artificial intelligence, hailed as investing’s next frontier, is already widespread in various forms, but its true potential in portfolio management is still far from being fulfilled.

In a study on AI and finance for the Alan Turing Institute, Professor Bonnie Buchanan puts AI’s “impressive” growth down to declining processing and data-storage costs, and an immense availability of data.

But compared to other fields, the quantity of data or the ability to create and collect new investment data is still not sufficient, despite its abundance, according to Michael Neumann, head of AI quant investing at Arabesque AI in London. Financial data also comes with a lot of ‘noise’, and the definition of success or failure can be more nuanced.

“When it comes to driving autonomously, it’s very easy to identify if it is a success or failure: either the car crashes or it doesn’t,” Neumann tells Funds Europe. “This isn’t necessarily the case with investing.”

Arabesque AI specialises in the use of artificial intelligence to predict stock market movements. The firm saw its profile raised recently when Frankfurt-based asset manager DWS bought a minority stake in it to augment its own digitalisation.

BlackRock’s launch of an AI lab in 2018 is another fairly recent development in asset management. Investment banks and brokers have also claimed that AI helps them with execution strategies, and in operational areas as well, according to Neumann.

To predict stock prices, Arabesque AI uses a mix of unsupervised and supervised machine-learning models to carry out complex computational tasks and data analysis. It works in a similar way to image-recognition technology.

“What is not happening yet in the funds industry, by and large, is the use of AI to fully power an investment solution,” Neumann says. This kind of application would revolutionise the industry.

Arabesque AI have been building a system that would be able to create investment strategies tailored to different needs and different uses.

“As there’s an arbitrary number of use cases out there, this needs to be AI-driven, because there’s no other way – it can’t be done manually,” Neumann says.

The hardest-hit area
A 2017 report by Opimas LLC estimated that AI would result in around 230,000 job cuts in financial firms worldwide by 2025. With about 90,000 of these, asset management would be the hardest-hit area, the consultancy firm suggested.

A few years ago, its then-chief executive, Hiromichi Mizuno, said AI could ultimately replace the role of asset managers, or at least enhance their work. In 2019, he said that the asset management industry is “particularly suitable to benefit from artificial intelligence because it’s an intelligence-heavy industry”.

This could mean that the role of the active manager becomes less relevant when pitted against AI’s capacity for high-speed investment decision-making – if the technology can be honed to such a level. Arabesque AI’s Neumann says “the human element will be repositioned into areas where it can be used more fruitfully”.

Ken McAtamney, head of global equity at fund manager William Blair, says there will always be a need for the human touch. “While there are significant merits in incorporating AI into investment processes, machines cannot do a better job than humans when it comes to predicting big changes, such as future consumption habits and innovation.”

Asset management needs the same kind of predictive modelling that the likes of Google and Facebook have, taking ‘big data’ and using AI to predict consumption patterns and show targeted advertising.

Although it may only be a matter of time before this kind of predictive modelling can be effectively applied in portfolio management, the human input was essential when Aberdeen Standard Investments (ASI) set up an AI-driven fund.

Called the Artificial Intelligence Global Equity Fund, it uses a form of supervised machine learning known as the ‘random forest method’. The algorithm builds a ‘forest’ made up of an ensemble of decision trees to analyse data and reach a specific conclusion.

“Having that initial human input helps us understand how the algorithm reaches a certain decision, and what the variables are that go into the decision,” explains Boyan Filev, the fund’s portfolio manager and head of quantitative equity alpha strategies at ASI.

The strategy’s AI system tries to navigate stock markets by analysing variables such as price, volatility and performance.

“Part of the challenge with many AI algorithms or machine-learning usage,” Filev adds, “is being able to understand the output and how the decisions are made.”

When setting up the fund, which was launched in collaboration with one of ASI’s largest shareholders, Mitsubishi Technology, an important factor was deciding which kind of data to feed into the system.

The team decided to use pricing and fundamental accounting data rather than macroeconomic data, as the fund is trying to predict returns on its portfolio over the next three to six months,

Filev says that the main challenge lately for the AI sector has been the overvaluation of multinational tech stocks, but the current situation – if not an acid test – has provided more data to help navigate extreme volatility.

“AI algorithms don’t really know what’s happening to the market, whether it’s due to Covid or elections, or people speculating – there is no news flow – we’re only looking at the underlying characteristics of the market,” he explains.

What is important – and what AI is trying to identify – is whether the market is volatile or overvalued, not the reasons why.

Lighting the path
As the technology develops, AI investing could point to the future, in Filev’s view.

“The technology has come a long way,” he says. “If today we wanted to calculate which stocks would do well in the future, it would probably take us a day to run that through the system. Five years ago, it might have taken a week.”

“These types of technologies and big data are likely to become an increasingly important part of investing going forwards, allowing asset managers to be better informed and so make better decisions,” he notes. This would, as GPIF’s Mizuno said, enhance the role of the fund manager.

AI depends on clean data to be implemented successfully in strategies that navigate the world’s ever-fluctuating stock markets. Bad data going in can mean bad results.

“It’s impossible for a human to manage all the data in finance – this is where AI comes into its own,” says Mehrshad Motahari, researcher at Cambride Centre for Finance and University of Cambridge.

According to a report he co-authored on AI in asset management, “AI techniques often provide better estimates of returns and covariances than more conventional methods do”.

The more data available, he argues, the less efficient the human touch becomes. Perfecting how the AI algorithm works takes away the risk of human error.

To be effective, these algorithms need vast quantities of data. “Even 100 years is too short an amount of time to accumulate data to capture so-called black swan or rare events such as this pandemic,” says Motahari.

However, says ASI’s Filev: “Even though the reasons for various downturns we’ve seen in the past are, broadly speaking, different, a lot of the outcomes have been similar in terms of the market bouncing back. The types of stocks that do well are often similar.”

A degree of conservatism still surrounds the application of AI in portfolio management. “Other players are waiting on the sidelines to see if it will be successful,” says Filev.

“Ultimately, success breeds popularity with new methods. It was the same for ETFs and I don’t think it will be any different here before it becomes more widely adopted.”

The AI tipping point for portfolio management is not here yet, but the technology’s role in emulating human investment decision-making processes is becoming more prevalent. Indeed, if the application of AI in portfolio management is perfected, many fund managers may find themselves seeking other means to stay relevant in an increasingly digitised world.