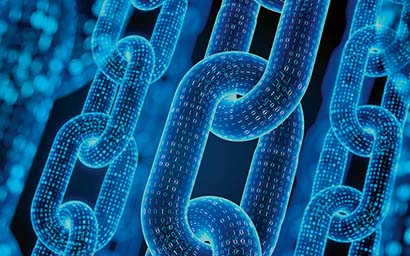 Funds Europe talks to Calastone’s Vince Lucey about the company’s decision to migrate its funds transaction network to blockchain in 2019.

In early December, Calastone announced that the migration of its global fund network to blockchain would go live in May 2019.

The network currently covers 40 markets and over 1,700 financial organisations and the transition to the blockchain-based distributed market infrastructure (DMI) would represent the most significant use of distributed ledger technology (DLT) to connect financial communities to date.

The move has been well-prefaced in the last 12 months. Calastone has published surveys showing the inefficiency of the current funds distribution process and has forecast that the use of DLT could create £3.4 billion of savings per year.

It is Calastone’s belief that its DMI will create a friction-free system for trading, settlement and servicing global funds. But while fund managers and other market participants have become more interested in the technology, they have also become increasingly keen to see real use cases in action.

The interest in blockchain was evident back in February 2018 when more than 1,000 people attended a Calastone webinar in which it demonstrated the ability to process a whole day’s trading using a new blockchain infrastructure within 20 minutes. 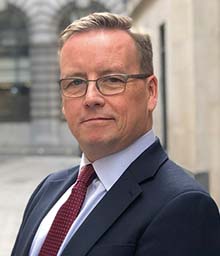 Since then the company has spent the time undergoing proof of concepts with clients and testing to ensure that the reliability and robustness is evident before going live.

“We have been hardening the technology,” says Vince Lucey, managing director of innovation at Calastone. “It’s important that we ensure the security of the infrastructure. We are also helping clients get up to speed with the technology and how it can support them.

Calastone has always factored in the industry’s uneasy relationship with radical change into its plans and it is no different with the DMI migration. “We have undertaken the technical migration for everyone and devised a migration plan to create the easiest path for customers to take advantage of the new DMI services that will be made available,” says Lucey.

Confidence
All clients will be migrated onto the DMI from May 2019 and can leverage the benefits of the new technology as soon as the network goes live. The kind of benefits on offer include real-time monitoring of subscription orders and trading positions across multiple transfer agents in different jurisdictions.

“My expectation is that the DMI will not be a binary thing where you join and that’s it,” says Lucey. “As clients get more confident that the data is right and can be shared, the more services can be developed.”

One of the key points made when discussing blockchain and its impact on the market is that it is not the technology itself that is so important, it is the new business models that are enabled by the technology that will create the greatest impact.

Using a distributed ledger would negate the need for several existing post-trade processes that are necessary under the existing market structure – for example, where two trading parties use the same data set, there is no longer a need for distributors to reconcile subscription data with fund managers.

Lucey hopes that 2019 will prove to be a milestone year in the development of DLT and the point at which Calastone clients realise that the technology is here to stay. There are some other major projects due to go live in 2019, however Lucey says that few if any are on the same scale as the DMI migration.

To some degree that realisation has already occurred, says Lucey. “As clients have been told about the plan to go live, the conversations have turned to business issues rather than questions on the viability of the technology. For example, they want to know how they can get rid of reconciliations or get hold of quality and real-time management information.”

We have also reached the point at which market participants need to see blockchain projects in practice rather than hearing about the potential of the technology, says Lucey.

There will inevitably be challenges to adoption but it is only once blockchain projects go live that some of these challenges can be overcome, says Lucey. For example, there are a number of fund managers that are not set up to make radical, wholesale modifications to their systems, either through a reliance on legacy technology or from reluctance to infrastructure changes.

It is because of these challenges to adoption and the presence of legacy technology that Calastone is so focused on making the migration easy for clients, with minimal disruption to their systems and maintaining their connectivity to their existing trading partners.

As of May 2019, the technology will no longer be a proof of concept but a work in progress. As Lucey says: “This is the start of an exciting journey and a giant step forward for the industry.”