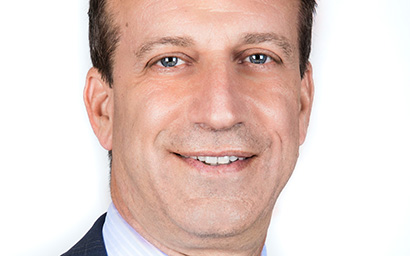 Funds Europe talked to Paul Stillabower of RBC Investor & Treasury Services (RBC I&TS) about the future direction of the funds industry and the implications for today’s transfer agents.

Change is coming to the industry in terms of methods of distribution and competition from non-traditional sources. As a consequence, transfer agents (TAs) of today will have to evolve and strive to develop value-added services  if they are to feature in the market of the future.

One change already happening is the development of new methods of distribution, says Paul Stillabower, global head of product management at RBC I&TS. “Individual investors are increasingly knowledgeable about their investment choices,” he says.

The accessibility of internet research, aided by social media, plus the assurance that comes from a more tightly regulated market, has made investors both more adventurous and sophisticated but also more demanding, especially when it comes to technology.

Their expectations in terms of funds and investment are the same as they are with any modern-day service, says Stillabower. “They want to have the ability to make simple and intuitive decisions from their fingertips. They expect the investment market to be similar to online banking and to use multiple channels, including smartphones, to make decisions and initiate transactions.”

In the personal finance world, there has been a focus on financial wellness and the development of front-end tools that enable savers to define their weekly saving targets and also offer ways to invest those savings. These are the kind of services that could be developed for the funds industry, along with providing dashboard metrics in order to better understand portfolio performance, fees and other associated costs, says Stillabower.

For the TAs, there will be a change to their current role but they have the potential to remain a critical part of the funds process so long as they understand their new place in the value chain. Stillabowerenvisages the traditional TA of today becoming the engine of the funds industry, at the heart of each transaction or transfer, similar to the way that PayPal facilitates cash movements.

Seamless
However, TAs will have to adapt if they are to take on this role, says Stillabower. “That ‘engine’ will need to be secure, auditable, and seamless for both the fund manager and end investor.”

The blockchain and distributed ledger technology (DLT) are potential candidates to facilitate this change and to give TAs the auditable service they will need. But, says Stillabower, DLT must be seen as the answer to a specific problem and not the driver. For example, DLT could be applied to anti-money laundering checks as it has the potential to expedite the process.

“It would require collective agreement across the industry and there would need to be strong governance in place,” says Stillabower.

Yet while there are a growing number of pilot programs, DLT-based fund processing that is fully supported by the regulator is still some way off. The latest statistics from the Efama/Swift Fund Processing Standardisation report, published in June 2017, suggested that 4.8 million fund orders were still being processed manually by TAs in Luxembourg and Ireland – almost 13% of the 34 million orders.

If the industry is to realise any of the operational benefits of new technology, like blockchain, then it must remove manual processing within ten years, says Stillabower. “It is costly, inefficient and more prone to operational risk.”

Alongside the persistent presence of manual processes, the other challenge to TAs is the threat of disruption. In the payments market, once PayPal established itself, it was soon followed by the likes of Apple, Google and Amazon, all with their own payment offerings.

Could TAs and fund managers face the same threat? “We have already seen the emergence of new competition in the funds market,” says Stillabower. In 2013, Yuebao was established by Alipay. Three years later it became one of the world’s largest mutual funds.

Meanwhile in India, the Securities and Exchange Board of India looked to amend its rules to allow online marketplaces to sell mutual funds in the future in an effort to make investing more accessible. How much interest e-commerce companies have in replicating Alibaba is not known, but it is not inconceivable that they become at least an additional distribution outlet if there is sufficient demand.

What is more questionable is how much appetite e-commerce will have in becoming a regulated entity if they were to take on the TA role. Many may look at ensuring fund subscriptions can only be made through bank transfers relying on the banks’ AML processes. However, it remains to be seen if the regulators would be happy with such a safeguard.

For the traditional TAs, the difference between them and a non-traditional entrant is the value-added benefits, says Stillabower. “First and foremost, the data a TA holds has the potential to determine whether it will be around in ten years’ time. If packaged correctly, data has significant potential for an asset manager’s sales and marketing.”

The TA process itself is becoming cheaper through new technology and is more or less commoditised, meaning that data services are currently the best way for TAs to differentiate themselves. RBC I&TS has already ventured into this space by launching Fund Sales Intelligence (FSI) a couple of years ago, says Stillabower. “The tool allows our clients to understand distribution trends, distributor performance and so on leveraging the millions of transactions going through our books.”

However, TAs will not be able to rest on any laurels and will have to continue to look for new ways to monetise the data or else find ways to deliver client benefits, says Stillabower.

“Though FSI is contributing to our leadership in TA, the potential of what else data might deliver will eventually make FSI look like the iPod compared to the iPhone X.”

Raising their game
If a TA still wants to be around in 10 years’ time, it will need continual investment in its technology and operations. The regulatory changes in the industry have already forced TAs to up their technology budgets and this has led some of the traditional players to question their commitment, says Stillabower.

“We’ve already seen some TAs pull out of certain markets due to the need to continually update their technology and operations versus the volume required to make a profit. This is why it is vital that we reinvent ourselves as a distribution facilitator rather than the back office.”

RBC I&TS remains committed to the TA market and continues to invest in its global TA franchise, says Stillabower. “We’re well known for our Canadian, Luxembourg and Ireland offering but we also have TA capabilities in seven additional domestic locations (Switzerland, Australia, France, Italy, Belgium, Singapore, Hong Kong) and plan to expand that offering in 2018.

“We’ve secured significant funding at board level to continue our commitment into enhancing the client experience. This includes a continuation of a multi-year investment into our technology and TA capabilities to meet the growing expectations of the next generation of investors.”