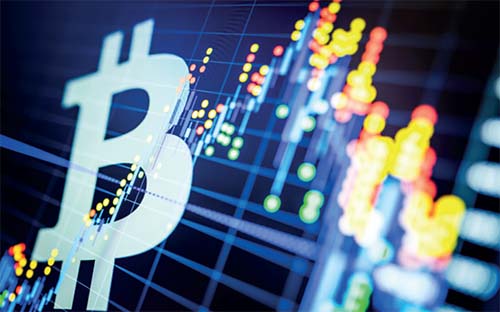 Europe’s fourth-smallest state has built up a cryptocurrency industry – but, asks Nicholas Pratt, can it develop into a reputable and regulated centre for digital asset management?

The Liechtenstein Financial Centre’s 2020 annual report refers to the principality as a “safe financial centre” that “combines tradition with innovation”.

Such a description neatly captures the juggling act that Liechtenstein faces. In previous decades it has had a reputation as a tax haven for Europe’s wealthy. More recently it has sought to throw off this tag, not least because it has faced years of pressure to reform its banking regulations and embrace more transparency.

So, faced with the task of finding a new niche in the modern financial services industry, Liechtenstein, the fourth-smallest state in Europe, has embraced the fintech sector, with a particular focus on blockchain and cryptocurrency businesses. And with some success.

In 2019, the regulator’s fintech sandbox, the Regulatory Laboratory, had processed 181 enquiries from fintechs. It has also become home to a host of blockchain companies, something that has earned the principality the tag ‘Bitcoinstein’.

At the same time, Liechtenstein’s asset management industry has performed solidly of late. In 2019, assets under management at asset management companies rose by 11.4% to €40 billion, while fund volume grew by 17% to €54.61 billion.

By embracing cryptocurrency, the danger is that Liechtenstein swaps a past reputation as an old-fashioned tax haven with a new image as a home for unscrupulous bitcoin firms.

To this end, the Liechtenstein government has sought to lead the way in regulating the securities token market and to provide both the legal certainty and market infrastructure for this new industry to develop.

A landmark moment came in January when Liechtenstein passed the Tokens and Trusted Technology Service Provider Act (in German, the TVTG), otherwise known as the Blockchain Act. This made it the first country to recognise the legitimacy of a tokenised fund. It also laid out the responsibilities for the different counterparties involved, from the token issuers to the distributors, to the custodians and the identity verification providers.

As prime minister Adrian Hasler stated at the passing of the Act: “With the TVTG, an essential element of the government’s financial market strategy will be implemented and Liechtenstein will be positioned as an innovative and legally secure location for providers in the token economy.”

Who does what
It was no accident, then, that later that same month Liechtenstein became home to the first tokenised real estate fund in Europe.

The AARGOS Global Real Estate Fund, a Sicav supervised by the Financial Market Authority of Liechtenstein, offers investors the opportunity to invest in a blockchain-based security token within a real estate portfolio. As Raphael Haldner, head of funds and capital markets at Bank Frick, the fund’s depositary, says: “With the Act in place, we know who does what.”

This has led industry observers to state that if or when a wave of security token offerings takes off in Europe, Liechtenstein, which also has access to the European Economic Area, will be in pole position.

The Liechtenstein government, conscious that new technology develops at a far quicker pace than legislation, has sought to make the law abstract enough to ensure it remains applicable for subsequent technology generations.

“The goal is to ensure that a new law does not have to be created for every case of application, but also to create legal certainty for the many cases which are only just beginning to emerge in practice and are likely to develop in the near future,” it states. “However, the government is leaving open the option of regulating applications close to the financial market in a further step.”

Liechtenstein has also managed to garner the support of the monarchy for its blockchain ambitions. Crown Prince Alois has repeatedly extolled the virtues of blockchain and suggested that blockchain technology could be used to make government administration more efficient.

One of a number of firms to set up in Liechtenstein is blockchain investment management firm Invao Group, which established its office in 2019. “We looked at other European countries, including Switzerland and Malta, but the blockchain-friendly climate in Liechtenstein, combined with the regulation that is going to come in 2019, will protect both our business and our investors,” said CEO Frank Wagner. “That’s why Liechtenstein was the obvious choice.”

And in February 2019, local institution Bank Frick created a cryptocurrency trading platform, called DLT Markets, which it said would allow institutional investors to “trade and manage digital tokens in a regulated environment, as they are used to from the traditional securities business”.

Other high-profile blockchain companies that have established in Liechtenstein include crypto exchange Bittrex and smart contract platform Aeternity which was founded by former Ethereum executive Yanislav Malahov and had a market capitalisation of more than $1 billion back in 2018, making it Liechtenstein’s first blockchain unicorn.

Government institutions in Liechtenstein are generally viewed as being especially helpful to young companies and for blockchain-focused fintechs especially. In addition to the FMA’s Regulatory Laboratory, the Ministry of Presidential and Finance has established a number of so-called ‘innovation clubs’ designed to help start-ups generate ideas that can be transparently tested.

And there is now a trade group, the Crypto Country Association (CCA), which claims to deal with various topics relating to the Liechtenstein crypto ecosystem and is led by a number of local lawyers, including current president Thomas Nägele.

As the CCA states: “The Liechtenstein government deliberately supports and monitors the realm of blockchain and crypto currencies. This limited government involvement ensures the presence of assistance, as well as a safety net, aimed at achieving the goal of encouraging innovation while at the same time avoiding uncontrollable growth.”

Muscling in
Liechtenstein is of course not alone in its ambitions to be a centre for blockchain development and to be the de facto domicile for the tokenisation market. A post-Brexit UK will presumably look to muscle in on this area but there will also be competition from similar small states such as Malta that have looked to introduce blockchain legislation.

But Liechtenstein’s greatest competition is likely to come from its nearest neighbour, Switzerland. It is already home to the so-called Crypto Valley, including the city of Zug, which attracted a number of token-funded projects back in 2017. And in July 2020, the National Council passed a number of changes to its financial laws that will effectively lower the legal barriers for blockchain start-ups looking to set up shop.

So, Liechtenstein may be in pole position, but the race is clearly on.