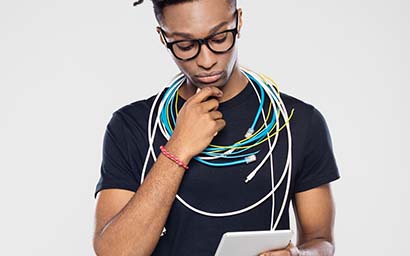 Nicholas Pratt examines how the funds industry is attempting to avert a skills shortage in its search for data scientists and new technology experts.

The fear of a skills shortage in the funds industry is intensifying as new technology becomes a more critical component of its operations.

The problem was recognised as far back as 2015 when PwC’s annual asset management survey showed that 72% of the fund bosses it consulted were concerned about the availability of key skills. The issue was all the more pressing because almost half of the featured firms (48%) were planning to increase their headcount over the course of 2016.

The survey also noted that fund managers recognised they will need to be more technology-literate. Fast-forward to 2019 and these two issues – a skills shortage and the need for more tech-literacy – have combined, leading to the realisation that fund managers are going to have to do more to attract the next generation of tech talent.

Furthermore, fund managers now recognise that they will be competing with so many other sectors, not least the big tech firms, for these individuals.

Graham Kellen, chief digital officer at Schroders, says the industry faces two major challenges in terms of recruiting data scientists and technology experts. “There are a lot of new technologies coming into play such as AI, machine learning (ML) and the blockchain, and finding people with experience of applying these technologies in business is hard. There are those that have technical expertise but not the application and not the application in the funds industry, so you are looking for people that can extrapolate their experience to funds and financial services.”

These kinds of people can be found in various sectors, says Kellen. The telecoms industry deals with large volumes of data and is highly competitive. Others with an academic background – research scientists, medical physicists –might also be useful employees, as could those in the retail sector who have been using data analysis for more than a decade.

Thankfully, the funds industry is starting to apply new technology across the field and not just in the front office. “We need more people with an engineering background and a data science background to get that data in place,” says Kellen. “And then you need to build the technology stacks to properly analyse and use that data.”

It’s widely realised that the technology stacks need to change, says Kellen. “We have always used analytics in our industry but the toolkit is changing. Analysts are using programming languages like Python and R for supervised and unsupervised ML. In the past, they would have been mostly writing macros, but now they are going straight to ML coding which is more akin to what they would be doing at the big tech firms.”

Another big challenge for fund managers is that they work in a heavily regulated industry, whereas those in a big tech firm may have been able to work in a more experimental mode, developing black box algorithms instead of glass box algorithms. However, a growing focus on big tech firms’ use of data is turning the tide somewhat, raising the prospect of more stringent regulation and greater transparency on big tech firms and the treatment of data.

At the other end of the employee spectrum, Schroders is also running a digital learning programme, from foundation-level courses to masterclasses, designed to demystify robotics, AI and ML to existing employees.

Most industries are facing a potential skills shortage, says Steven Libby, PwC Luxembourg partner and co-chair of the Alfi [Association of the Luxembourg Fund Industry] Digital/Fintech Forum: “These are highly valued skill sets that are much in demand – from basic programmers with a business background to the specific specialists in deep learning, artificial intelligence and other areas that are highly sought after.

“More and more asset managers, intermediaries and service providers are introducing programmes to provide more flexible work conditions and greater diversity of career path so that they can create a workplace environment closer to the big tech firms they are competing against. They are already paying higher salaries but I don’t think it’s just about the money any more, it’s about the environment and workplace conditions.”

Some upskilling initiatives are emerging, says Libby. “Asset managers are taking their top performers, from investment support staff to research analysts as well as portfolio managers, and teaching them new IT skills. But they will have to invest in those programmes and provide support because it is not something that staff would necessarily do of their own accord.”

It would also help to reassure some of those worried that greater adoption of new technology and automation will lead to a reduced headcount. While a reduction in staff numbers may be unavoidable in some areas, retraining is a much more palatable outcome.

The Luxembourg government has been proactive in its efforts to fill any gaps in skills via its Skills Bridge initiative. This aims to help companies going through a digital or technology transformation to retain their employees, as well as making them fit to work in other industries.

“One of our mandates at Alfi is to help the asset management industry to understand the most significant trends that could disrupt the market,” adds Libby. “Many of the bigger asset managers are restructuring, so we are seeing a lot of these large training programmes starting to happen and we are helping people to see what is available. Margin pressure has definitely been a driver for the interest in skills and training. It is now a necessity to look at efficiency. The pressure is starting to build.”

Salaries
Not everyone sees the situation as a skills shortage, even if they do recognise that the funds industry needs to make itself more attractive to a new generation of tech and ops workers. “I think it’s wrong to say that there is a skills shortage,” says Olivia Vinden, consultant at Alpha FMC. “If this were true, we would see data scientist salaries set at much higher levels than we currently do.”

Of more concern is a so-called ‘skills repulsion’ within investment management, largely driven by data scientists feeling uninspired by the industry at large, says Vinden. “In order to attract the best data scientists, I think we need to be much clearer about why it is an interesting problem – specifically transforming the lives of savers – and then we need to change the way we operate to be less stuffy.”

According to the recruitment firms, there are a greater number of fund promoters, managers and administrators looking to hire data architects and analysts, as well as software engineers and IT security specialists.

As yet, there has been no rush to recruit artificial intelligence programmers, robotics specialists or blockchain developers. But, says Trayc Keevans, global foreign direct investment director at Irish recruitment firm Morgan McKinley, it is likely to be a challenge in the future as the technology becomes more pervasive

According to Keevans, technology talent is easier to attract if you know the rules of the game. Firstly, the most important aspect is the technology itself. “They follow the technology,” she says. “If they are able to use cutting-edge IT and work on exciting projects, that is the best way to compete with the big tech firms.”

Given the competition for talent, many fund managers tend to hire contractors to get projects up and running. But it’s a mistake to assume that they can easily be turned into permanent employees, says Keevans. “The majority are contractors by choice rather than circumstance.”

Not only are fund managers competing with big tech firms, they are also behind the payments sector, insurers and banks in the queue for tech specialists. “I don’t necessarily see a skills shortage ahead but it will be a challenge,” says Keevans.

“For the first time, inward migration has exceeded outward migration in Ireland and that is in part because of the demand for tech specialists.

“The pace of technology development means that legacy technology is becoming redundant in a shorter time and that is driving the attrition rates of technology staff. Those firms that don’t invest in technology will find it harder to keep their existing staff, let alone attract any new recruits.”