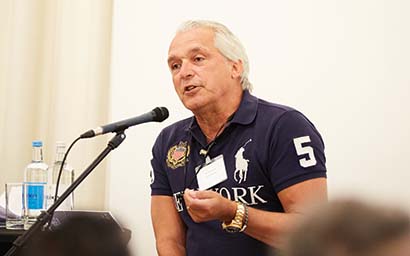 From tokenomics to behavioural science, disruption came to the fore at the latest FundTech Lab event in London. Nicholas Pratt reports.

Furniture Makers’ Hall, the London headquarters of the furniture makers’ guild, was a fitting venue in which to discuss the technological evolution of the funds industry and the ongoing effort to replace manual labour with automation and move from analogue to digital.

The event started with a controversial speaker, blockchain evangelist and entrepreneur Nick Ayton (pictured), who pulled few punches on the dangers facing asset managers, namely that they risk being left behind by the rapidly developing world of crypto and digital assets. “The asset management industry will fail fast and fail hard,” he said.

The reason, said Ayton – founder and chief executive of Chainstarter Ventures, an advisory firm and technology business – is that crypto exchanges are becoming more regulated and tokenised assets are now being classed as digital securities.

All assets will eventually end up on the blockchain, said Ayton. Family office advisers are taking a keen interest in these developments, he added, and have stolen a march on the institutional investment managers that are seemingly more content to watch these developments from a distance – even if it means the investment world moves on without them.

The day’s first panel discussed the battle for data ownership and featured representatives from all parts of the funds industry – asset managers, software vendors and consultants. Tony Peacham of Amundi, Mateusz Derejski of Metrosoft, Karim Ali of Milestone Group and Phil Hannay of Catalyst Group explained some of the challenges facing asset managers, such as the aggregation of data from disparate sources, the application of artificial intelligence and machine learning and the complexity in placing a value on different data types. 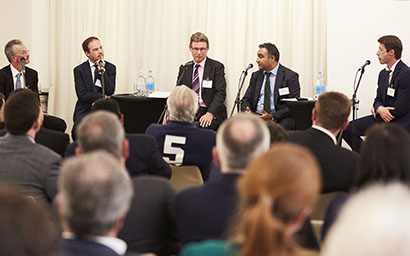 The second interview of the day was no less thought-provoking than the first as Greg Davies, head of behavioural science at Oxford Risk, explained the evolution of his specialist subject, from the Nobel Prize-winning work of Daniel Kahneman to the current state of play.

As the man who started the banking world’s first behavioural finance team (as head of behavioural quant finance at Barclays in 2006), Davies has since seen the concept become widely adopted by asset managers, several of which now have their own funds led by behavioural finance principles.

The aim, he stressed, is to remove bias because it leads to an inaccurate assessment of the world, but to retain the emotion and intuition that underpins the trade-offs we make in our investment decisions.

Davies also touched on the role of technology in furthering the use of behavioural science and the need for a system of rules that detects where emotion leads to either the right or the wrong answer.

The final session was a chance for some nostalgic reflection on fund distribution platforms. At the start of the millennium, these online fund supermarkets were the disruptors of their day, using new technology to exploit a gap in the market and to provide a service aimed squarely at the end investor.

As a former employee of Investia, the former parent company of JP Morgan’s FundsHub, Edward Glyn, now of Calastone, recalled the introduction of these platforms and their impact on the market, as well as the reaction of the incumbents.

Since then, consolidation has seen the number of players pared down considerably – for example, Cofunds is now owned by UK asset manager Aegon. Katrina Sartorius, managing director of Aegon’s institutional business for Cofunds, talked about the future development of the sector and the influence that can be drawn from other industries, such as online gaming.

It may be possible to see the development of fund distribution platforms as an analogy for some of the new fintechs we are seeing today. However, it was left to Matt Newnham, managing director, UK and Ireland for MFEX, to remind the audience that the mutual fund is ultimately designed to be a long-term investment vehicle – and that amid all the technological developments and disruptions, the end of the mutual fund as we know it may be a slightly premature prognosis.