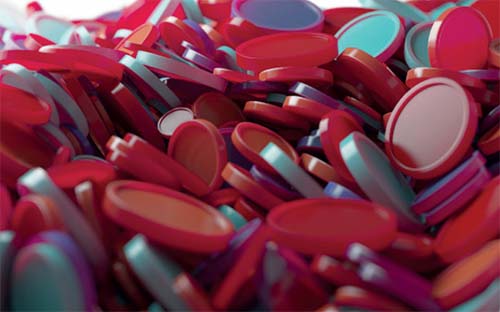 Funds Europe talks to Calastone’s Adam Belding about the funds network’s relationship with the nascent world of tokenisation.

When people talk of tokenisation, they can often mean one of two things, says Adam Belding, chief technology officer at Calastone. On one side is the world of bitcoin and initial coin offerings where the asset itself is a digital, virtual or crypto entity.

Distributed ledger technology (DLT) or blockchain allows you to create as many of these tokens as you wish and the value is determined by what someone somewhere is willing to pay for it.

But when you apply tokenisation to mutual funds, it is very different because these collective investment vehicles already have tokens in the form of units. So, the question is what does tokenisation actually add in this case? “It potentially makes it easier to invest in those assets,” says Belding. “It is more about distribution than anything else. You can reach more people if you digitise those assets and distribute them through the blockchain.”

Alternatively tokenisation can be applied to a new collective investment vehicle where the underlying asset is itself digital or a fractionalised share of an existing asset. If all the tokens were treated in the same way, you could have them all in the same portfolio, constructed by an active fund manager or adviser based on your risk/return profile.

It is almost exactly a year since Calastone launched its blockchain-enabled Distributed Market Infrastructure (DMI), a system that represents Calastone’s order routing network on a blockchain.

The DMI is the basis for evolving solutions to removing friction from the trading and settlement and the management of funds. Now that it has passed the important 12-month milestone, attention will increasingly turn to the next stage, which will include focusing on how tokenisation could be a driver for new business models.

“We are looking to help our customers, mainly asset managers and transfer agents, to remove friction from the market,” says Belding. “In terms of tokenisation, we are looking at both models, to optimise the existing distribution network by, for example, enabling distribution through public blockchains or tokenising holdings within a mutual fund or other collective investment vehicles.”

Tokenisation and digital assets tend to be associated more with the consumer-led side of the market as opposed to the institutional end which comprises the majority of Calastone’s client base, but Belding is confident that tokenisation can be applicable to both a retail and an institutional audience. 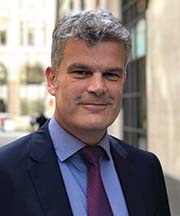 “We deal with the large asset managers, transfer agents and slightly more exotic versions of those participants,” he says. “But if you follow how collective investments break down into the different components in the value chain, there are lots of parts that are unnecessary, such as omnibus accounts, which could be removed in a tokenised world on the blockchain. You can conceive of numerous models where there is a much more direct link between a fund and its investors.”

Discussions
Belding is optimistic that some use cases may emerge within the next 18 months, pandemics permitting. “We have spoken to various organisations about what the use of this technology could look like,” he says. Some of these discussions would be somewhat speculative right now. For example, the distribution of mutual funds though Ethereum could make them more widely distributed, but it is not yet clear whether that will make the funds more accessible to a new group of investors.

Alternatively, the greater focus could be on using tokenisation to rework the underlying asset, something that could conceivably be easier to implement in private markets such as property or fine art, where assets are both less liquid and less frequently traded by electronic means – a sort of last-mover advantage when compared to equity markets, where there are so many existing players and platforms.

“We are seeing some interesting use cases,” says Belding. “For example, one company came to us wanting to distribute a new fund on our network. The value of the fund came from the renting of the technology. As the technology became more popular, its rental or licensing value went up. It is perhaps a more direct reflection of value than shares.”

There are of course still a number of developments that need to take place before tokenisation becomes viable, adds Belding. “The technology piece is relatively easy to solve. It will be much harder getting people to use it.”

In order to generate more adoption, asset servicers need to develop their digital custody offerings, and regulators need to offer clear and consistent rules. Regulation is often seen as an impediment to new technology but Belding says that the potential for tokenisation to provide a more transparent and accurate picture of the market should appeal to lawmakers. However, if it starts to challenge existing collective investments like Ucits II and create discord around, say, tax treatment, then there could be a challenge.

Another necessity is for the numerous competing platforms to gain meaningful market share. “Nobody owns the market yet,” says Belding. “Instead there are a lot of different consortiums all competing and that can put people off. The industry is essentially a series of networks and sometimes you need some of these networks to become dominant if new technology is to be adopted.

“When enough big players develop market share, it may become a reality,” says Belding. “For example, the concept of creating a single sign-on for the internet never really took off until the sheer volume of Facebook users made it a possibility.”

The alternative is to develop standards for tokenisation so that tokens could be bought and sold on any of these platforms. Currently there are no definitive standards and much of the work is at the ‘subjective’ stage. That said, Belding mentions the work of the Token Taxonomy Framework, which is looking at standardisation. As he says: “No one wants to be endlessly going between different blockchains with their tokens. Standardisation is usually what it takes to unlock the potential of new technology.”