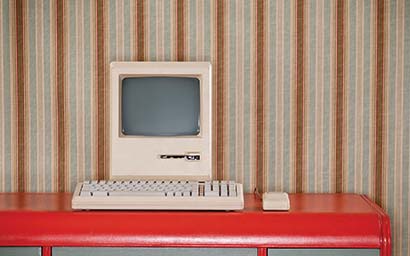 Choosing the right technology and a suitable upgrade strategy can be a make-or-break decision for an asset management company, writes Bob Currie.

There is a touch of Sisyphus involved in keeping financial technology at the cutting edge. We can liken this to pushing a boulder up a hill, only for it to repeatedly roll back and for the labour to begin over again. In the financial services world this involves considerable toil, but also requires finely tuned diplomatic and financial skills. A chief technology officer must convince decision-makers within the company of the value of technology investment and, equally, the financial, operational and reputational risk attached to making a bad decision.

Given the resource cost and skill requirement, it is unsurprising that technology considerations have featured heavily in investment operations outsourcing negotiations between asset management companies and their asset servicing partners, where often the client has attempted to insulate itself from technology degradation by handing the maintenance obligation off to a service partner. But what have we learnt over decades of negotiation around technology upgrades? And how far is the industry now better qualified to evaluate the risks associated with dated technology and economic value of a large IT transformation?

The term legacy technology normally indicates that we feel a system is out of date and less than optimal for today’s needs. However, many legacy systems continue to be employed well after this stage is reached. For Paul Roberts, chief executive of investment software specialists Milestone Group, this may be because it continues to meet the requirements of the asset manager or its investors. Economically it may be retained because there is no easily identifiable business case for upgrading this technology that meets return on investment guidelines, meaning that its proponents find it difficult to get the budget released by decision-makers.

Campbell Brierley, chief innovation officer at global funds transaction network Calastone, observes that although some financial services companies continue to work with ageing technology, often this represents a false saving. A failure to stay current will lead to inefficiencies and may result in an exponential increase in costs in the longer term.

For Brierley, it is important for a company to be working with a single code base and to be using robust, well-tested software that is typically just one version behind the latest release. “Technology tends to biodegrade quite rapidly and it is necessary to invest to stay close to the bleeding edge,” he says. Consequently, when a firm buys a technology solution, it is essential that it is also working on its upgrade planning for every point in the development cycle. This forward planning is important right from the start of each new technology contract.

The risks posed by major platform-replacement projects have motivated firms to explore cloud-based solutions which may mitigate some of the problems that trigger delays or shortcomings in platform migration. But while some companies have moved towards cloud-based software-as-a-service (SaaS) or platform-as-a-service (PaaS) solutions, for others, regulatory obligations are driving technology strategy back towards an on-the-premises solution.

“At the regulatory level, financial supervisors expect to be able to see the box where the data is held,” says Richard Clarkson, principal solutions consultant at Oracle. “To meet this obligation, an increasing number of firms are going back to a ‘managed’ solution rather than a true cloud offering. This may not be their first choice from an operational standpoint, but they are making this choice to meet their regulatory compliance requirements.”

Given that technology tends to degrade over time, often firms will surround it with tactical satellite systems that have been built or purchased to address the shortfalls in the legacy technology’s functional capabilities and to extend its value to the company.

Don’t judge
“The reality is that we should not judge legacy solutions for limitations in what they do today,” says Milestone’s Roberts. ”One choice is to replace this technology. Another is to assess what this existing technology was intended to do and extend its useful life by getting it back to doing what it is good at.”

Commonly this will involve installing a solution that can be layered around legacy technology to manage the gaps and inefficiencies associated with this technology and the array of spreadsheets that may be wrapped around it. An example may be adding a data extract, transform, load (ETL) layer that manages data flow into and out of these packages, eliminating operator intervention, enforcing data quality and ensuring that data adheres to consistent standards.

Northern Trust has adopted this type of approach in sustaining the technology infrastructure supporting its global fund operations. Working with IBM, Northern Trust Global Fund Services has applied a data matrix, or “data fabric” that will mask differences in data requirements and interface design across its core technology packages. This has been applied to its transfer agency (TA) area initially, where it uses a range of technology solutions to meet specific requirements. However, a similar strategy is likely to be extended across fund accounting, fund custody and other business functions supported by its funds services division, typically prioritising those areas with lowest straight-through processing (STP) rates and highest levels of operational inefficiency.

“We would be pleased to find a TA system that meets our global requirements,” says Clive Bellows, Northern Trust’s head of global fund services for EMEA. “However, we do not see any provider moving fast enough to deliver this in our required timeframe. As a result, we had a range of choices: to build our own solution; to wait for a suitable development from a market vendor – which was not realistic, given the time expectations of our client base; or to retain our modular approach, buying best-of-breed solutions to meet our specific functional requirements and applying a data overlay to ensure consistency of data flow into and out of this package of TA solutions.”

Some critics may question this choice, suggesting that there are major benefits to consolidating around a single technology platform. “We question why companies would spend tens of millions of dollars in applying a patch to this problem when it could spend this investment on best-of-breed modern technology,” says Oracle’s Clarkson. “Further, this layer is adding further complexity to an already large ecosystem. By implementing a data layer, the company may be approaching the problem in a logical way by ‘addressing’ the underlying legacy infrastructure, but is it actually upgrading legacy to best-in-market standards? The question is whether an organisation that has already spent heavily on its data layer will be willing to commit further investment to upgrading its underlying technology.”

Bellows is clear that Northern Trust has carefully considered this point in its planning decisions. It has no immediate plans to change its underlying TA modules – believing they’re well suited to requirements – but this framework provides flexibility to do so when the need arises. “This data layer holds a golden source of all investor-level and fund-level data required to feed these modular TA packages,” he says. “It also enables users to deliver data in a single harmonised format, interfacing with the data layer via a series of application programmable interfaces, which ensure that data is delivered into, and received out of, each TA module in the correct form. With this arrangement in place, we have the ability to upgrade any of these modular components without any obvious disruption to the user.”

Calastone’s Brierley believes that there is much to commend this use of a data matrix for firms that have a modular technology infrastructure. “This is the way forward for many companies with legacy systems,” he says. “They are putting a data fabric in place to link their legacy technology systems internally in a manner similar to how Calastone is providing connectivity across the funds distribution layer. We are linking industry participants together through a blockchain-driven global funds marketplace.”

In applying this distributed ledger solution, Calastone’s focus so far has been on providing linkage across the funds industry from fund promoter through to its network of distributors. Word around the market, however, is that they may also apply this technology to help client firms connect their technology packages internally, providing a connectivity layer similar to what Northern Trust has built with IBM.

Commercial burden
But how long can a firm survive through making incremental upgrades to legacy systems? In practical terms, this is typically until their suppliers cease to supply and support this technology, believes Milestone’s Roberts. This becomes harder to predict in the latter stages of the software life-cycle, but practically speaking, it can continue for as long as this technology does the job that the firm requires or until diminishing returns become a commercial burden.

Major technology upgrades are expensive and can be disruptive to ongoing business – and this partly explains why so many systems in the asset management industry have had such a long shelf life, whether they are front-office or back-office systems. Several recent examples in the retail investment space illustrate the cost, upheaval and brand dilution that can result when a re-platforming project goes wrong or goes slowly.

When Old Mutual Wealth (OMW) terminated its contract with International Financial Data Services (IFDS) to install the ‘Bluedoor’ investment administration platform and with DST Systems to install its ‘Opendoor’ front-end solution, for example, it reported that it had already spent £330 million (€381 million) on the project at the point that this deal was ended. In its place, OMW signed a contract with FNZ to provide platform and outsourcing services estimated to be worth a further £150 million.

In September, Aegon announced it would be paying compensation to customers following a series of technical problems associated with the migration of its Cofunds platform on to new technology. This was accompanied by the resignation of its chief digital officer, Richard Denning.